Synchronicity can be defined as "the simultaneous occurrence of events that appear significantly related but have no discernible causal connection." More simply, synchronicity, as defined by the coiner of the expression, Carl Jung, can be viewed as a meaningful coincidence.

Jung described having many synchronous experiences throughout his life; perhaps one of the most dramatic had involved a loud cracking noise that emanated from a nearby bookshelf, during a heated debate between Jung and his colleague, Sigmund Freud. Coinciding with the noise, Freud asked aloud what it had been, and Jung claimed responsibility for the manifestation, proclaiming excitedly that he would cause it to happen again. Simultaneously, the loud cracking noise reoccurred.

On some occasions, "synchronicity" of this sort can be hard to differentiate from various alleged psychic activities, which may range from claims of precognition, to unexplained manifestations similar to that described above in Jung's experience with Freud.

Consider the following story, shared with me by Steve, a listener of my podcast The Gralien Report, in which he said a strange physical manifestation occurred that managed to alert him of an impending danger:

It was 2005, and the girl I was dating at the time lived in an older home that used to be a hotel for the golf course it was on. She always would make claims that her house was haunted, but my skepticism at the time just made me laugh, and humor her very sarcastically. Well, one night we were in her room, and she had some candles burning by her bed. We were listening to Love Line with Dr. Drew at the time, and laughing about something one of the callers was talking about.

Suddenly, three large canvas paintings she had leaning against her wall all simultaneously slammed face down to the ground. We both jumped, and didn't know how this could have happened, because no windows were open and the door was shut.

So I look around the room, and realize that a pillow had slipped off the bed a little bit and caught fire from the candle burning beside it! I spring into action and put the fire out, and immediately after this the radio station switched randomly around and started playing a CD that was in the stereo.

We both looked at each other, our jaws dropped. It seemed like something tried to warn us about the burning pillow by throwing the paintings to the floor. I never again made light about any of her claims that her house had some sort of spirit in it again. This was the only time i had any sort of paranormal experience, and have had none since. 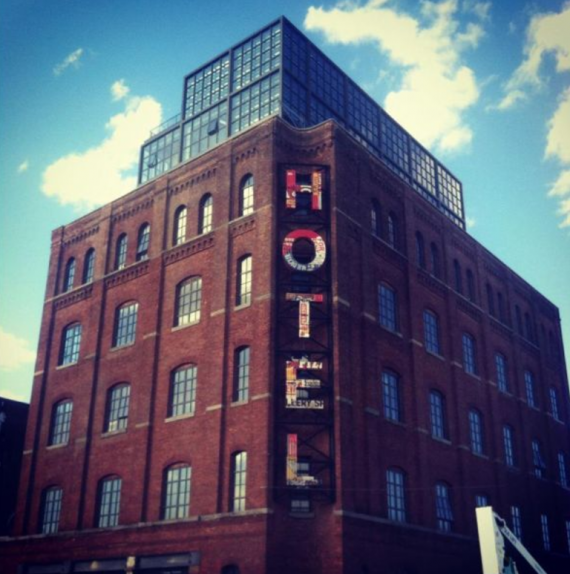 A similar story was shared with me several years ago, where I was told an interesting story by a friend that involved a slithering invader who entered his home, and how a strange experience alerted him to the threat.

I had been at the friend's home one evening, and remarked about a rather grisly object he had kept on a shelf: the severed head of a black snake, preserved in a bottle of liquid. As the story goes, my friend had been lying in bed with his wife one evening, and just as he was beginning to fall asleep, he said something very unusual happened.

"I often recalled having experiences where I would hear music, or even somewhat lucid thoughts or dreams right before actually falling asleep," he told me. "But on this occasion, I remember hearing a very clear and distinct voice, almost as though it were coming from someone standing right beside my bed. The voice seemed to whisper very quickly, there is a snake beside your bed!

At that moment, my friend awoke, and looking at the floor beside his bed, he observed a large, writhing black snake. Terrified of snakes, he sprang out of bed, and grabbing a hoe from the back of the house, severed the creature's neck with the tool's thin metal blade.

I told him, of course, that black snakes are relatively harmless; growing up in the rural south, I would always tell people not to bother any non-poisonous snakes they may find around their homes... though granted, in this case the snake had actually come indoors (also, it should be noted that the Black Rat Snake, Pantherophis obsoletus, is commonly called a "black snake" in the southeast, the venomous pit viper species Agkistrodon piscivorus, otherwise known as a "cottonmouth", is sometimes generically called a "black snake" or "black viper" as well. This does occasionally cause to some confusion, although there are no cottonmouths in the mountainous region of Western North Carolina where my friend was located).

My friend had never forgotten the strange sensation that came over him that evening, immediately prior to waking up and seeing the snake in the floor before him. Modern psychology has attempted to explain such experiences over the years; one candidate here might involve a variety of hindsight bias, a phenomenon in which one may mistakenly perceive events as having been predictable, or even mismatching events in a sequence such that an incident like the "warning" about the snake may be recalled later as having happened, when in reality no such occurrence had manifested.

My friend, however, was adamant that what woke him up in the first place had been the "warning" about the snake... something which seemed very odd and out of the ordinary at the time. Similar to this, I have heard numerous stories from people over the years who, while driving a vehicle, have described a sensation similar to that of hearing a voice, which warned them to "slow down" or "stop ahead". Rounding a corner, they were surprised to see an obstacle in the road which, under ordinary circumstances, they might have collided with, injuring themselves or others.

Could it be that under rare circumstances, there are events which might occur that seemingly tip us off or warn us about impending threats? If so, what mechanisms of the mind might allow for this to happen, whether involving synchronicity, or something else entirely?