Ever since the recent announcement from NASA in regards to the Trappist-1 star system housing exoplanets in the habitable zone, possible alien life, and the collective feeling of excitement regarding this discovery, the internet has been buzzing with elbow nudges and winks of the conspiratorial sort. That's right, this discovery is simply another step towards the official announcement by the 'powers that be' that Earth is allegedly already being visited by extraterrestrials.

The Ufological concept of 'soft disclosure' was coined many years ago by the Disclosure movement's leading man and political lobbyist, Steven Bassett. According to Disclosurists, the men and women of the secret cabal that allegedly runs this planet have been working with the various extraterrestrial races, developing advanced technology, space programs, alien-human hybrid programs, and any other wild and crazy idea under the Sun to prepare humanity for contact (or invasion, it depends on who you ask). Soft disclosure is the slow and deliberate act of the media and other cultural institutions, which are controlled by the secret cabal...or the Reptilians...who the hell knows anymore, to gently get humanity ready for the big day in which the truth is finally revealed.

When the film The Arrival (2016) came out, there was excitement and internet chatter from the various parties involved in Disclosure. The film was a shining example. It pointed to contact, and presented humanity with a 'realistic' view of what it might look like. Even though a formal alien announcement after the film's release did not come to fruition, the entire world fell in love with Amy Adams all over again. She is a gem and a national treasure.

This latest announcement from NASA has become another note in the same old song and dance. Gird your loins! The Day of Disclosure is at hand!

It is truly amazing that several new planets have been found in the habitable zone of another solar system. Even greater still, liquid water may exist on these planets, and they may in fact house strange and spooky forms of life. Humanity could literally be on the first stepping stone to finally discovering life elsewhere in the galaxy. What really kills the excitement is that people within the UFO community are laying down their old "Jump to Conclusions Mat" and engaging in ridiculous claims regarding NASA, the media, and this discovery being some conspiratorial mind game.

Is it within the realm of possibility that some super secret cabal is working with extraterrestrials? It is about as possible that the Trappist-1 star is comprised entirely of glowing hydrogen-based cheese. NASA has provided some amazing news, and so humanity begins another voyage of exploration and self-discovery. It has regenerated discussion in an age old question the human race has been engaging with ever since our early ancestors looked up at the stars.

The Disclosure movement does not really seek to answer the question as to whether aliens are actively working with humans, rather, it simply portrays the flawed and frail inner workings of humanity itself. It engages with fears and the desire to be rescued by some 'powerful other.' Instead of humans working together to solve the issues that face the planet, the Disclosure movement seeks a 'fast food' solution by demanding salvation from some higher power.

Speculation is fine, and it can even be fun sometimes. NASA does it all the time. However, there is a fundamental difference between speculation for the sake of it, and peddling some foolish ill substantiated claim that world governments, secret cabals, and the Illuminati are in cahoots with powerful beings from Zeta Reticuli. 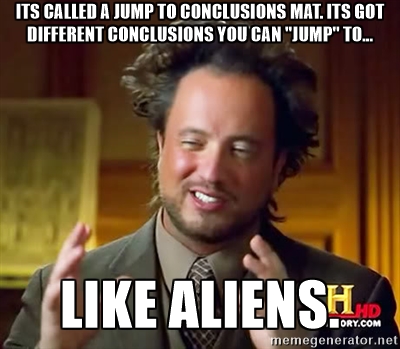 Man Seals Himself Inside a Giant Stone for Eight Days