It may sound like a movie title or a country from an Orwellian novel, but Zealandia is an actual continent whose long-rumored existence has been confirmed by no less than eleven researchers who were probably all hoping it would be named after one of them. Thinking back to world geography class, how many continents does that give us now?

The scientific value of classifying Zealandia as a continent is much more than just an extra name on a list. That a continent can be so submerged yet unfragmented makes it a useful and thought-provoking geodynamic end member in exploring the cohesion and breakup of continental crust.

The Geological Society of America announced the confirmation this week, ending the belief that Zealand and New Caledonia are just chunks that broke off of Gondwana, the lower half of the supercontinent Pangea that formed Antarctica, South America, Africa, Madagascar, Australia and the Arabian Peninsula and the Indian Subcontinent about 175 million years ago. 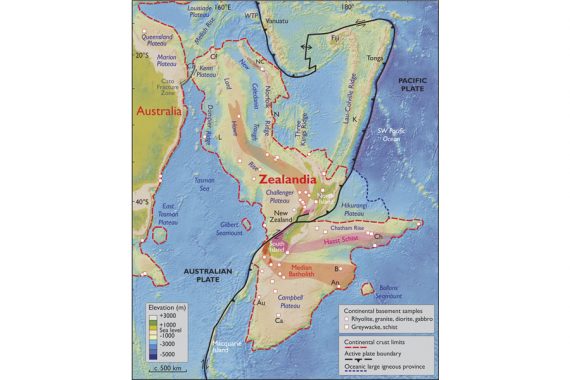 Based on various lines of geological and geophysical evidence, particularly those accumulated in the last two decades, we argue that Zealandia is not a collection of partly submerged continental fragments but is a coherent 4.9 Mkm2 continent.

Although it’s 94 percent submerged in the Pacific Ocean, the geologists who conducted the study determined that Zealandia met the four requirements necessary to be a continent: a “high elevation relative to regions floored by oceanic crust,” igneous (volcanic) rocks, metamorphic (created by heat or pressure) rocks and sedimentary (created by erosion) rocks. If you need more proof, Zealandia also has a thicker but less dense crust (10-30 km or 6-19 miles) relative to the surrounding ocean floor and a continent-sized land mass (4.9 million sq km or 1.89 million square-mile) about the same area as India.

While they estimate that Zealandia broke away from Antarctica about 100 million years ago and then from Australia about 80 million years ago, the researchers concede that rumors of its existence and the name “Zealandia” have been around for some time and are calling this a “realization” rather than a “discovery.” … some experts (probably New Zealanders) have pushed for years for New Zealand to be called a continent. 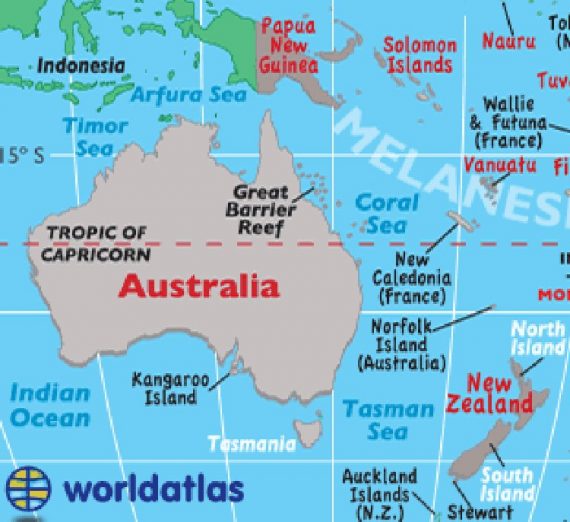 The discovery or realization or whatever you call it has raised political and economic concerns. Does the entire continent and all of its fossil fuels, minerals and other natural resources belong to New Zealand? If not, how should it be divided up?

But first, there’s the bigger question: how many continents are there? Depending on your age and when you last studied geography, there are either seven (Africa, Antarctica, Australia, Europe, Asia, North America, and South America) or six (Europe and Asia being combined into Eurasia). Will Zealandia become the seventh or the eighth … or an anomaly in search of validation, like Pluto?