The desire to find lost treasures again beats the threat of deadly curses. Researchers from Italy/s Polytechnic University Turin announced plans to begin yet another search in the 3,3000-year-old tomb of King Tutankhamun to find the legendary secret room rumored to contain treasures and the remains of Tut’s mama, Queen Nefertiti. Is this the one that finds it or will the curse win again?

Who knows what we might find as we scan the ground? It will be a rigorous scientific work and will last several days, if not weeks. 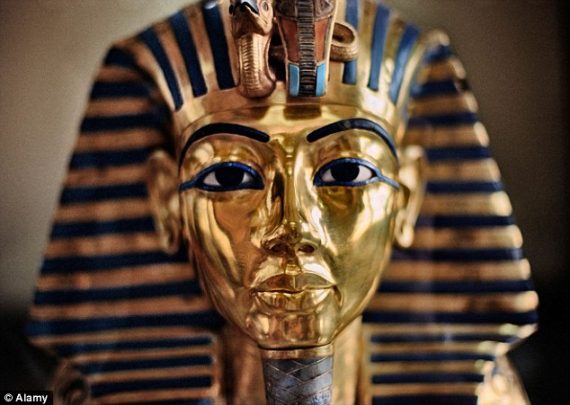 Franco Porcelli, professor of physics at the department of applied science and technology of the Polytechnic University, will lead the investigation beginning at the end of February that will attempt to remain curse-free while using ground-penetrating radar to search for the lost chamber. The scanning will cover a range of frequencies from 200 Mhz to 2 GHz and reach a depth of 32 feet – deep enough, experts believe, to determine once and for all if there’s a secret room in the tomb. Just in case, the tomb will also be analyzed with electric resistance tomography and magnetic induction instrumentation.

Wait a minute, you say. Haven’t there been some other recent explorations of Tut’s tomb that turned up nothing? It’s true. The current rush started in 2015 when Egyptologist Nicholas Reeves presented a theory that King Tut was buried in a hurry after dying unexpectedly at age 19 and was interred in a tomb that had been built for Nefertiti and then modified for Tut, leaving his mother’s remains and treasures for her afterlife hidden in a secret chamber.

Japanese radar specialist Hirokatsu Watanabe scanned the tomb in November 2015 and claimed to have found signs of two chambers on the north and eastern walls. That got the National Geographical Society (NGS) interested (Tut sells magazines) but their scan found nothing unusual.

Current Egyptian antiquities minister Khaled El-Enany has continued to enforce a ban on invasive explorations of the tomb, so Porcelli and his team will blast the tomb walls with powerful radar instead. He’s confident this will answer the question of the missing chamber once and for all.

This will be the final investigation. We will provide an answer which is 99 percent definitive.

What about the curse? The researchers won’t be physically opening the walls but radar images could be considered to be an ‘opening’ and a disturbance of sorts. And you know a discovery of a hidden chamber with possible treasure will be a temptation too great for mortal and greedy humans to resist. Should they be worried? Should the radar operator? The radar gun?

The Strange Link Between The Moon and The First Nuclear Test