Scientists Say They’ll Have a Woolly Mammoth in Two Years

Ringling Bros. and Barnum & Bailey Circus may want to keep its elephant equipment around for a few years. Scientists at Harvard claim they’re just two years away from de-extincting the woolly mammoth, which hasn’t been seen on Earth for 4,500 years. Will it be something for the circus or Jurassic Park?

Our aim is to produce a hybrid elephant-mammoth embryo.

Harvard professor George Church expressed that goal at the American Association for the Advancement of Science (AAAS) annual meeting held recently in Boston. He admits the woolly mammoth will be more like a “mammophant” made from an Asian elephant programmed with mammoth characteristics. That programming will be done with the new miracle gene-editing tool – CRISPR. 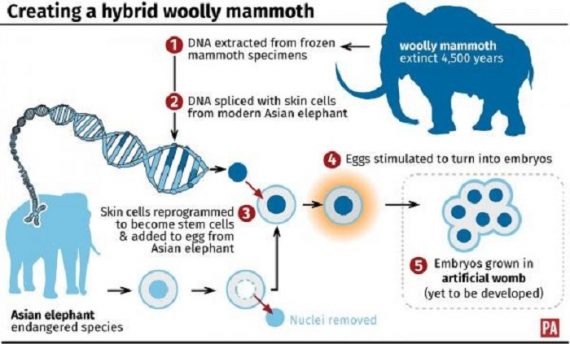 The CRISPR editing has already begun, with mammoth features like small ears, subcutaneous fat, long shaggy hair and cold-weather blood spliced into elephant cells. The testing has ended at the cellular level … so far.

We’re working on ways to evaluate the impact of all these edits and basically trying to establish embryogenesis in the lab.

In other words, create a mammophant embryo. The next logical step would be to implant the embryo in an Asian elephant surrogate mother, but George believes he has a better way.

We hope to do the entire procedure ex-vivo (outside a living body). It would be unreasonable to put female reproduction at risk in an endangered species.

It’s nice that he’s worried about the health of the surrogate mother, but what about the rest of us? A lone woolly mammoth gestated in a lab and raised in a world nothing like it was built to live in raises plenty of ethical and biological warning flags. Church, a CRISPR genetics expert rather than a paleobiologist, takes a noble stance in dealing with them. He believes the goals of the project are to help preserve a current endangered species – the Asian elephant – while bringing back herds of woolly mammoths to help combat global warming. Wait, what?

They keep the tundra from thawing by punching through snow and allowing cold air to come in. In the summer they knock down trees and help the grass grow. 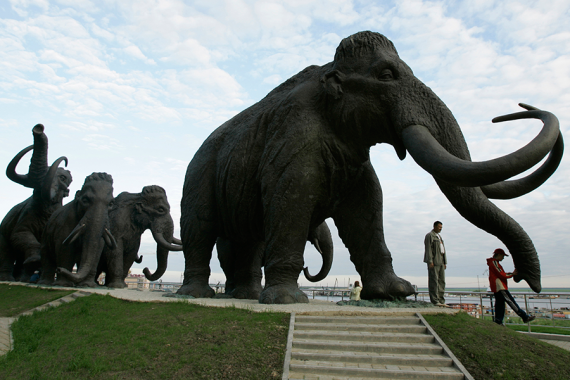 So, de-extincting the woolly mammoth may reverse some of the effects of climate change in Siberia, but what about in the mammoths’ other old stomping grounds like Los Angeles, South Dakota and Michigan? These places are having a hard enough time dealing with stray dogs defecating on lawns and feral pigs digging up their gardens. Will they put up with mammoth patties … especially when there’s no clowns around to pick them up? All of sudden, solar power and windmills don’t sound so bad after all.

The woolly mammoth cells are already out of the bag, so there’s no stopping the eventual creation of the first mammophant. Let’s hope those people in Siberia with giant footprints in their yards appreciate the effort.