Spanish Artist Paints Depictions of His Encounter with ETs

If you were an extraterrestrial, would you trust the mainstream media on Earth, especially after years of seeing nothing but blurred images of you and your spacecrafts? Perhaps that’s why a group of aliens in 2009 selected an artist to paint their images instead.

In a recent interview, acclaimed Spanish artist Robert Llimós (winner of the National Prize of Plastic Arts of the Generalitat of Catalonia) explains his ET experience in Brazil in 2009 and his mission to prepare the world to not be afraid when the aliens return.

A window opened with two figures looking at me. 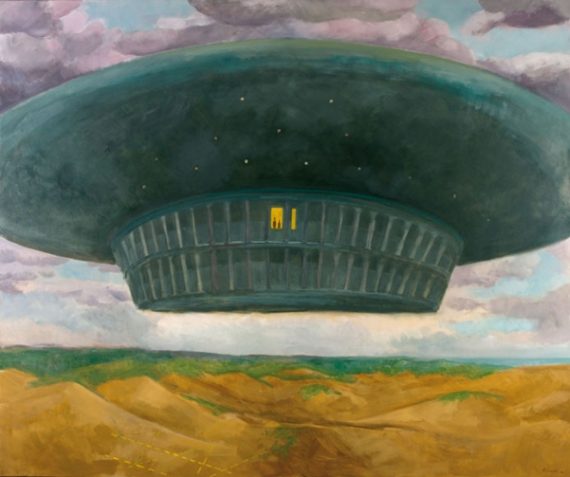 Llimós was on vacation in Brazil in 2009 when he says he decided to take a walk with – like all good artists do – a pad and pencil. He claims that, after sitting down to rest, he realized there was a spaceship in front of him. Based on subsequent paintings, the ship was levitating over the dunes and the figures in that open window were definitely not humans.

They had a regal bearing, with long necks, deformed skulls and black eyes. She was wearing a small tiara on her head. 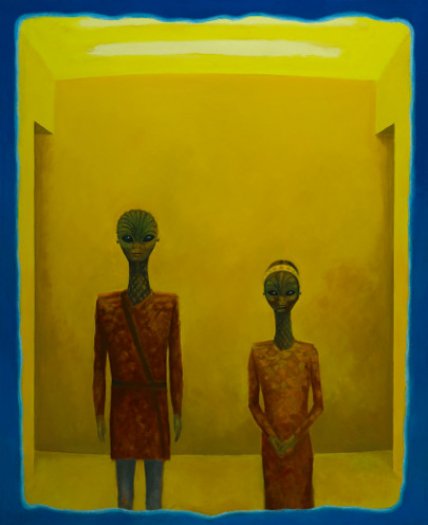 Alien royalty? Llimós thinks that was a possibility, although he had a feeling they were not here to claim Earth as part of their kingdom.

They are like older brothers who want to help us, not harm us.

Help us how? It doesn’t appear that the ETs revealed much to Llimós, other than that they selected him because – as a painter and artist – he could be trusted to depict them accurately and honestly to prepare other humans to accept them when they return.

My role is to reduce the fear of them before they make their return. I make this work so you are not scared of seeing a figure with a long neck and scales. Perhaps in 20 years, people will have seen these figures and then they’ll say, ‘That crazy man was right!’

The figures painted by Llimós, which are displayed on his website, look like Reptilians, but have the long necks and black almond eyes of Greys. He doesn’t mention anything about shape-shifting and makes a point to say that the aliens are benevolent, making it less likely that they’re Reptilian. Also, why would Reptilians “make their return” if they’re already well-entrenched here?

Since using his paintings to come out with his alien encounter, Llimós sounds like he has more fear of non-believing humans than the ETs themselves.

Some of the people around me understand and accept this, and some don’t. When I draw them, they become tangible. I’d like to see them again.

Will he? Will we? Will they look like his paintings? Llimós is an expressionist, which means his art expresses his inner vision rather than outer reality. Is that the case with his alien paintings? With his encounter itself?