Available right now is the new book from Joshua Cutchin, The Brimstone Deceit. Its subtitle: An In-Depth Examination of Supernatural Scents, Otherworldly Odors, and Monstrous Miasmas. You may recall that in May 2015 I reviewed Josh's previous book, A Trojan Feast. You can find the review here. In many ways, the two books are of a similar nature. Whereas A Trojan Feast was focused on the connections between Fortean phenomena, strange entities and food, Josh's new book revolves around odors and the world of the unexplained.

Before I tell you what this new title from Anomalist Books is about, it's important I explain what it's specifically not about. This is not a book about how Bigfoot stinks to high heaven because it lives in the woods and never bathes. Nor is it a study of alien halitosis. Rather, this is a fascinating 445-pages-long book on how certain, specific odors play significant roles in countless paranormal events and incidents. Josh's work makes it very clear that numerous supernatural phenomena of the kind that many would suggest have no connection to each other, are, in reality, connected to incredible and deep degrees. In that sense, Josh goes down the path taken by John Keel, who came to believe that the many and varied unknown "things" which intrude upon our world are somehow all part and parcel of something bigger, something interconnected.

Keel followed the trail of evidence that showed Bigfoot often turns up where UFOs are seen. He noted similarities between those who had reported alien encounters in recent times and those who had experiences with the "little people" centuries ago. Josh, however, follows his nose - almost literally - when it comes to putting together an intriguing case. It should be noted, however, that Josh makes it clear that Keel had also noted the issue of odors in unexplained situations. Josh quotes Keel as saying, "...the majority of these creatures are accompanied by a pungent, very unpleasant odor."

The Brimstone Deceit is a gripping and eye-opening examination of how, why, and under what specific circumstances odors play notable - arguably, integral - roles in encounters of the paranormal kind. As Josh sets off on his quest, and immerses himself ever deeper in the world of supernatural smells, we see certain kinds of encounters surfacing regularly. Those involving Bigfoot abound. As do those in which UFOs, aliens, ghosts and demons appear. Josh makes a very good point when it comes to the issue of smells: "Olfaction is the first sense to become dominant in infants - the entire nervous system is affected by odors, from our pulse and breathing to more complex digestive, sexual, and emotional responses." Josh notes too that olfaction is "a sense ripe for exploitation by occult forces."

The title of the book is as important as it is relevant. Indeed, brimstone, sulfur, and the smell of something not unlike rotten eggs all surface to a huge degree - and spanning centuries. We are treated to an in-depth and excellent study of how, and under what circumstances, the likes of sulfur and brimstone so often became linked to the world of the paranormal - usually from a hostile, evil perspective. Sections in the book that will give you in-depth insight into this specific area are those titled "Sulfur and Hell," "Sulfur and Satan," and "Science of Sulfur."

Josh then heads off into the world of the afterlife and notes that "...spirit cases are the only paranormal reports where an entity need not be visually sighted to be associated with a smell." He also shows that within the world of spirits, it is very often sweet, appealing smells that people report, rather than sulfur. The Men in Black also appear in The Brimstone Deceit, and particularly so in relation to the MIB encounters in the early 1950s involving Albert Bender. His MIB gave off a distinct odor of sulfur. The "bad eggs" angle of some of the weirder Bigfoot-based cases are given extensive coverage, too - and to the point where it becomes clear that the creatures are not just unknown apes. 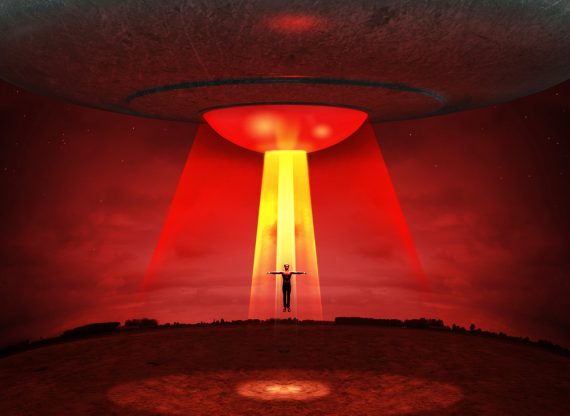 For those whose first area of interest is UFOs, you won't be disappointed. Well, you might be if you see the UFO phenomenon as extraterrestrial/nuts and bolts in nature and nothing else. If, however, like Josh, you suspect there is some connection between flying saucers, flying monsters, wailing spirits and more, you will likely be drawn into Josh's soundly argued conclusions. Josh notes how, over and over again, both ozone- and sulfur-like odors are reported by UFO witnesses.

I won't give away Josh's conclusions on the subject of his book. I will, however, say that in chasing down this particular angle of Forteana, Josh tackles such issues as psychedelics, altered states, stage-managed events (by who or what, is the big question), deception and manipulation of the witnesses, and much more. I will end with a quote from Josh that excellently sums up his book:

"One would be hard pressed to find a more fitting metaphor for the paranormal than smells. Like the forces behind paranormal encounters, scents are invisible-yet-undeniable, constantly surrounding us yet unseen. Odors are part of a hidden world that manipulates us, that we respond to in subtle ways that even we do not realize. They influence every aspect of our lives: our decisions, our reactions, our perceptions."

The Aztecs May Have Been Wiped Out by Salmonella