The Fountain of Youth: Ancient Mysteries, and Modern Anti-Aging Science

It is a quest as old as humankind’s own awareness of the Self: to ascribe ways through nature, or perhaps otherwise, that eternal youth might be obtained.

In modern times, age-regressive therapies and other innovative techniques aimed at staving off the aging process are becoming more and more prevalent, although even without technologies that can actually reverse aging, average lifespans have increased over the last several centuries, thanks to general improvements in health and nutrition.

In ancient times, of course, many fables existed which told of mysterious “fountains of youth”, which could somehow prolong the life of those who visited them. For instance, in the written exploits of Alexander the Great it is said that Alexander and his servant traversed "The Land of Darkness", while in search of such a mythical youth-restoring spring. 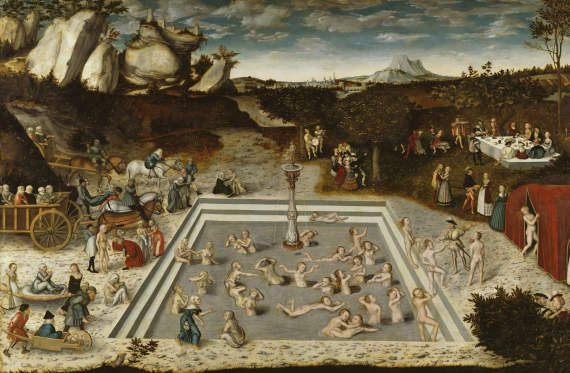 We also find mention of a fountain of youth within the writings of Herodotus, where he mentioned the Macrobian people, said to be able to well outlive the years of the average person:

“…most of them lived to be a hundred and twenty years old, while some even went beyond that age.”

Herodotus described the Macrobians as having subsisted mostly on a diet of boiled fish and milk. However, this alone had not been the sole source of their longevity:

“When the Ichthyophagi showed wonder at the number of [the Macrobian’s] years, he led them to a fountain, wherein when they had washed, they found their flesh all glossy and sleek, as if they had bathed in oil, and a scent came from the spring like that of violets. The water was so weak, they said, that nothing would float in it, neither wood, nor any lighter substance, but all went to the bottom. If the account of this fountain be true, it would be their constant use of the water from it which makes them so long-lived.”

Of the Macrobians and their diet, having a penchant for boiled fish would indeed be recognized as a health food staple today, as a food source which helps fulfill dietary recommendations for protein, lipids, and the daily consumption of Omega-3s; in particular, salmon and mackerel are among the highest recommended by nutrition advocates.

Herodotus’s writings provide one of many accounts of an alleged “fountain of youth” which stems from antiquity. Later, we see a similar motif that appeared in the memoirs of Hernando D’Escalante Fontaneda, who chronicled the Spanish explorer Juan Ponce de Leon’s search for a “fountain of youth” while surveying the New World.

In his account, Fontaneda described a long lost river called Jordan, said to possess a strange and magical youth-restoring potency. Nonetheless, even Fontaneda seemed to doubt whether the river actually existed.

By today’s standards, the notion of an actual “fountain of youth” would seem to be a thing of bygone days. Nonetheless, a unique discovery in 2015 may point to how mysteries of the ancient world still could, in some ways, contribute to our search for a fountain of youth.

A cover story featured in Bloomberg Businessweek in February, 2015, discussed a chance discovery by biochemist Suren Sehgal, who may have stumbled onto a clue in the great mystery of longevity…which he found beneath one of Easter Island’s stony heads.

“A Canadian medical expedition had collected the soil from beneath one of the mysterious stone heads on Easter Island, a speck in the middle of the Pacific Ocean. In the dirt, Sehgal had discovered Streptomyces hygroscopicus, a bacterium that secreted a potent antifungal compound. This intrigued him; he thought perhaps it could be made into a cream for athlete’s foot or other fungal conditions.”

Once purified, Seghal named the substance he discovered rapamycin, after Easter Island’s native name, “Rapa Nui.” Soon afterward, one of Sehgal’s neighbors was diagnosed with an unusual skin condition, to which Sehgal tried applying his newly synthesized rapamycin as an ointment. To his great surprised, the ointment successfully reversed the condition. 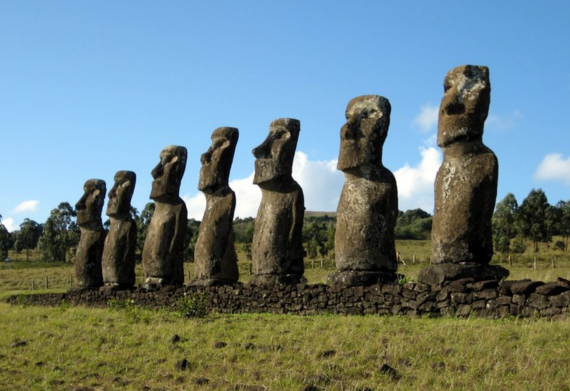 But treating skin conditions may not be the only area where the unique medicine could be useful. “Over the past decade, it has shown promise as a drug that not only can extend life by delaying the onset of ageing-related diseases such as cancer, heart disease, and Alzheimer’s disease, but also postpone the effects of normal ageing,” Bloomberg reported of Seghal’s discovery.

Though such chance discoveries may not occur every day, perhaps there is nonetheless hope that future breakthroughs with anti-aging science could indeed result from discoveries made while in pursuit of answers to our ancient past.

Ruins of Earliest Church in America Discovered in Florida