Crunch, crunch, crunch. Slurp, slu-uu-urp. Smack, smack, pop! If the sounds of corn-on-the-cob chewers, gum bubble poppers or soup slurpers makes you want to slip some arsenic into their food, there may be help before you get tossed out of the all-the-sounds-you-can-make-while-eating buffet. Researchers at Newcastle University in England have discovered what‘s eating you when people eating noisily around you drives you mad.

This isn’t about the “Mom” kind of “close you mouth when you're eating"  response to loud chompers. The researchers selected test subjects whose response is to go into a rage, avoid all public eating places, have anxiety attacks when thinking about loud eating sounds or worse. Sufferers first found out that their condition has a name – misophonia. Misophonia also applies to those who have similar reactions to dripping water, pencil tapping, loud breathing, knuckle-cracking and other annoying repetitive sounds.

According to the study results in Current Biology, the sufferers and a control group were given MRI scans while listening to neutral sounds like rain, unpleasant sounds like a baby crying and the sounds that trigger their rage, like chewing and slurping. The MRI scans showed that misophonics had high activity in their anterior cortex (where emotions are processed) during the bad sounds. They also had an "abnormal functional connectivity" in areas of the brain associated with memory. Finally, they showed increased heart rate and skin conductivity during the tests, which indicates they were in a fight-or-flight state of emotions.

Is there a link?

We think that misophonia may be heavily connected to recalling past memories, because people with misophonia have had very bad experiences.

Dr. Sukhbinder Kumar of the Institute of Neuroscience at Newcastle University says the limited study confirms that misophonia is a legitimate neurological problem most likely caused by a disconnect between the emotional part of the brain that part controlling behavior, resulting in an overload when the trigger noises occur. The most likely treatment for misophonics is expected to be behavior modification, which can use something as simple as earplugs. For severe cases, another option might be targeted electrical brain stimulation. 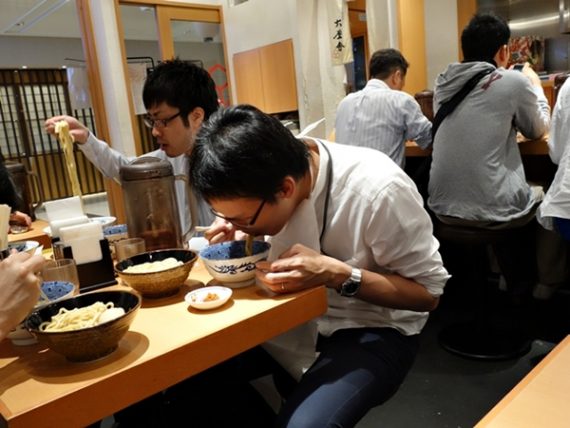 Whatever the cause or the cure, Dr. Kumar believes the study will at least help misophonics feel better about their condition. However, you may want to get a note from the doctor before you go using it as an excuse to throw water in the faces of restaurant soup slurpers.