A President, a Comedian, and Pickled Aliens

Have you heard the one about the President, the comedian and the aliens? A bad joke? Well, actually, yes, it probably is. It's dominated by a couple of famous characters and is filled with conspiracy and nothing less than a bunch of dead extraterrestrials. But, is it true? That's the big question. As for the case at issue, it's the one which suggests that in 1973 legendary comic Jackie Gleason got to see a bunch of pickled ETs, courtesy of none other than his buddy President Richard Nixon! Really? Nah, but it's a great story, and one worth addressing - at least in terms of trying to put it to rest, one way or another.

Gleason is probably most remembered for his starring role in The Honeymooners, a hit show from the 1950s, and for his portrayal of Sheriff Buford T. Justice in the Smokey and the Bandit movies. As for President Nixon, it's without doubt the Watergate affair that he is most associated with. There are two other points that need to be noted: (A) Gleason and the President were friends and often played golf together; and (B) Gleason had a deep interest in UFOs and had a massive collection of saucer-themed books, magazines, journals, etc. Indeed, he often popped up on The Long John Nebel Show to discuss his thoughts on the subject, as well as on certain cases and characters in Ufology. 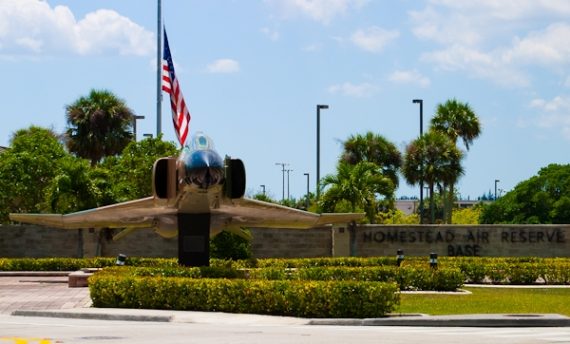 What we know of the "I saw the aliens" saga came from Gleason's second wife, Beverly McKittrick. So the story went, Gleason got to see the proof that aliens really do exist on a particular evening in 1973: February 19. As for where the bodies were supposedly stored, the location was Homestead Air Force Base, Florida. Today, it is called Homestead Air Reserve Base.

As for the way things developed, well, let's say that credulity is stretched to the absolute max. So the tale goes, only hours after the pair enjoyed a game of golf, the President turned up at the Gleason home. It was late at night and Nixon was on his own, no less. He had apparently given the Secret Service the slip and was ready to show Jackie something amazing. No problem! The President would take Gleason to Homestead, flash a bit of ID to the security personnel (or, say something along the lines of, "Hi, it's me, the President!"), and breeze on into the most protected part of the installation. With the man who would be Buford.

The tale continues that the astonished guards at the gate waved the pair through. Nixon led his friend - who was still in the dark about what was going on - to a certain area on the base. It was a facility that contained the rotting remains of a bunch of dead ETs - whose flying skills were evidently not great and who were found in the wreckage of a crashed UFO. Roswell? Kingman? Kecksburg? No location or year for the incident was ever given. The bodies were stored in containers described as looking similar to "glass-topped coke freezers." They were not in a good state of preservation: they were damaged, withered, small and gray, with large heads. 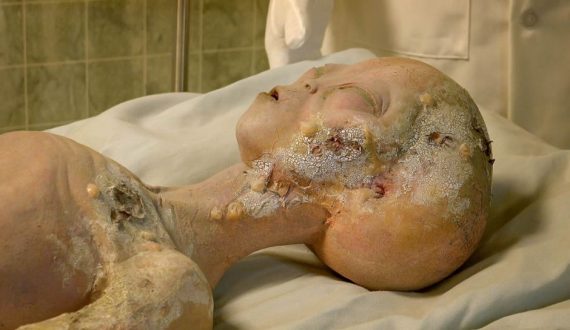 Although Gleason finally got the evidence he needed, the whole thing plunged him into states of shock, anxiety and even fear. The trip back to Gleason's home was made in silence. We don't know what was going through Nixon's mind, but Gleason was distinctly uneasy about the whole thing. He told Beverly of what he had seen, but for the most part remained tight-lipped. And that's about it. So, what can we say about this strange saga? Let's see...

First, there is the extremely unlikely matter of the President being gone - with no-one in the know as to where he was - and for none of this to have reached the media. The President vanishes one evening, he can't be found, and the Secret Service is in a state of chaos and concern. Surely, that would have trickled down to the press? There is also the matter of Nixon and Gleason rolling up to Homestead and making a hassle-free way into what, one presumes, would have been one of the most highly protected sanctums on the planet. Unlikely!

Do I think McKittrick lied? No, not at all. In fact, the exact opposite. I would not be surprised if Gleason told Beverly the story, exactly as she remembered it. But, perhaps he told it as a joke. One which was then taken seriously by his wife. Could there be anything else to all this? Probably not: the most likely scenario is that it was a prank on the part of Gleason. The least likely scenario is that against all the odds, the President of the United States completely vanished for a few hours, picked up a legendary comedian, floored the car to Homestead Air Force Base, showed Gleason the decaying proof, and then whisked him back home again.

To quote a massively overused few words from The X-Files: "I want to believe." I really do. But, you know what? I don't believe.

But, for those of you who continue to hang onto the story, there is this tiny ray of light which may keep your hopes up. UFO researcher Alejandro Rojas says: "Some find it hard to believe that a sitting president could elude his security to whisk off in the middle of the night. Grant Cameron of PresidentialUFO.com cites a passage from a book written by a secret service man named Martin Venker. Grant Cameron says: 'In his book Confessions of an Ex-Secret Service Agent [Venker] tells that not only can the President disappear, but it has happened. Venker stated that in the exact year of the Homestead incident with Gleason, 1973, Nixon had tried to cut his secret service protection. Venker also stated that it was not uncommon for Nixon to try to elude his secret service detail. The agents working on the Nixon Presidential detail had been warned about it.'"