“A Strange Case Of Supposed Kidnapping”

Last week I wrote an article here at Mysterious Universe titled "The Mystery of the U.K.'s 'Phantom Social Workers." It began as follows: "The 1980s saw the surfacing of a deeply disturbing phenomenon in the U.K. It revolved around what became infamously known as 'Phantom Social Workers' (PSW) or 'Bogus Social Workers' (BSW). They were strange and terrifying characters who, on more than a few occasions, reportedly tried to kidnap babies and children. Peter Rogerson said of the mystery: 'The stories of the phantom social workers, the strangers who know everything, who appear out of nowhere and disappear after acting in a strange irrational manner, more than echo the motif of the Men in Black. None are caught, no car number plates are recorded.'"

It should be noted, however, that there is nothing new - at all - about these kinds of disturbing events. Such cases dominated the 19th century, too. A very macabre story, involving a woman dressed in black and a newborn baby – both of who subsequently vanished – was published in the October 31, 1891 edition of the Hull, England Weekly Mail newspaper. The title of the article? "The Lady In Black." 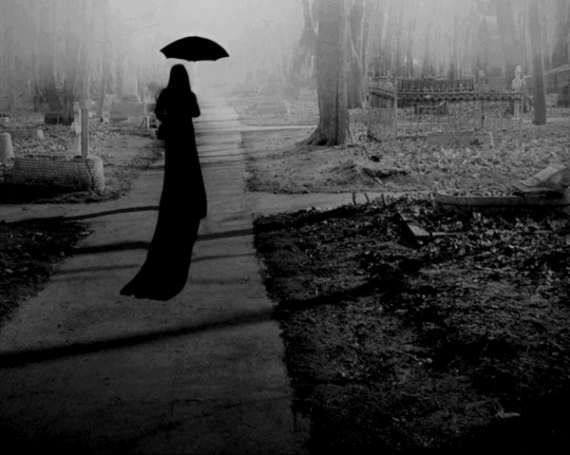 The article began with the following words: "A strange case of supposed kidnapping is reported from Hull. It seems, as the story goes at present, that a woman named Proctor, wife of a laboring man, with a family of six children, on Wednesday night committed her infant, nine days old, to the care of a relative, Mrs. Dryer, to be baptized at St. Andrew’s Church. Accompanying Mrs. Dryer was an elderly woman, who had been visiting Mrs. Proctor, and who had shown her sympathy in a practical form. Her name or whence she came was unknown to the household or in the neighborhood, except that she was spoken of as the 'Lady in Black,' and was supposed to be a district visitor."

What began as a mysterious story quickly became one of sinister proportions: "They arrived at the church too late for the ceremony to take place. Mrs. Dryer, it is stated, gave the infant to her companion while she went outside for a moment. On her return the woman and child were gone. Late the same evening the infant's clothes were found in a street nearby with a note attached, stating, 'Baby is all right. Baby and I have gone to Leeds.' There was no signature to this strange communication. No trace has yet been found of either woman or child."

Seven years later, there was yet another strange story involving a newborn baby and a Woman in Black. This time, however, the location was Toronto, Canada. The Daily Mail and Empire newspaper reported (in an article titled "Woman in Black"), on April 7, 1898, that an approximately six-day-old baby had been found abandoned on the doorstep of a Mr. Eli G. Roselin, a carpenter, of 65 Grant Street, Toronto. It was very fortunate for the baby that Roselin worked late that night. As he reached his home around 9:00 p.m., he saw a small bundle on the doorstep. It contained, to his astonishment and shock, a small baby, one who had been, it was later determined, "dosed with drugs and whisky." Police were quickly alerted and the baby was taken to the local "Infants Home." 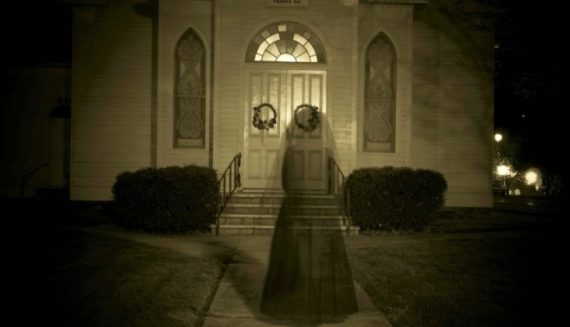 Newspaper staff noted that: "Investigation last night established the fact pretty conclusively that the child had been placed on the step not more than twenty minutes before it was found. The spot is a rather lonely one, opposite Kintyre Avenue, and there are half a dozen ways of approach and escape from the locality."

And, then, there was this: "A woman of medium height, dressed in black and wearing a cape, was seen strolling along Kintyre Avenue from 8 to 8.30 o’clock, by some boys, by a lady living on Grant Street, and by Mr. Farmery, of 63 Grant Street. She had something concealed under her cape, and it is believed by the neighbors that she may have left the child on the step. Mr. Joselin’s bell was not rung when the infant was abandoned." There’s also the matter of whether the baby was that of the caped Woman in Black, or if the WIB had kidnapped the baby in a fashion not unlike the situation which occurred in Hull, England in 1891.

There is a very curious afterword to this story. More than a century later, the mummified remains of a baby were found on none other than the above-mentioned, nearby Kintyre Avenue. They were wrapped in a tattered and torn edition of the Mail and Empire newspaper, the very newspaper that reported on a Woman in Black and a dumped baby, back in 1898. In a September 24, 2007 article for the Toronto Star, titled “Does mummified baby have living cousin?” the following was revealed:

"Rita Rich was 10 years old in 1925 when someone buried a newborn baby beneath the floorboards of the house where she lived with her father and her aunt and uncle, at 29 Kintyre Ave. in Toronto. She was as shocked as anyone to learn, 82 years after the fact, that she had lived for years with the remains of an infant boy beneath her feet. His mummified corpse was discovered by a renovator working on the house in July. The baby was curled in the fetal position and wrapped in a comforter and a Mail and Empire newspaper dated Sept. 15, 1925." In early October 2007, the remains of the baby were laid to rest in Toronto’s Elgin Mills Cemetery.

Moving on, it’s now time to turn our attentions to the Bromley, Kent, England, Evening Express newspaper. In its May 16, 1910 issue, there appeared an article titled "Mysterious Lady In Black." The article began in appropriately uncanny and unsettling style: "Coming from apparently nowhere and vanishing mysteriously, an unknown woman attended at a birth in Stepney, and at the inquest, although the coroner tried to elucidate the mystery, he was unable to do so."

The unnamed journalist who wrote the small article added that the baby in question was Elizabeth McDonald, who tragically died just five days after her birth. She was said to have been the daughter of "a seaman, of Eastward Street, Bromley." The story continued that one of those present at the birth was a woman, a widow, named Elizabeth Dowsett. After poor, soon-to-be-doomed Elizabeth was born, Dowsett went to the second-floor room to see the newborn baby and was followed by a woman who "came into the room and did all that was necessary."

In light of that, the coroner asked: "Do you mean that some stranger went up the stairs behind you, and did all this, and you don’t know who she was?"

Dowsett replied quickly and said something that, by now, will be chillingly familiar: "I had never seen her before. She was a thin, dark woman, dressed in black."

The coroner continued: "You can tell us a lot more about this mysterious lady in black, if you like. What became of her afterwards?"

"What? Did she drop from the clouds and then vanish into thin air?" asked the coroner, amazed. Given that the WIB – just like the MIB – have an uncanny knack of disappearing in the blink of an eye, the coroner may have been closer to the truth than he could ever have possibly imagined.

Dowsett could only offer a speculative answer: "She went out the same way she came in, I expect."

These "I expect" words are important because they make it clear Dowsett had no real clue as to what happened to the Woman in Black – at all. The death of little Elizabeth, said one Dr. Meadows, was due to "syncope," an antiquated term for loss of consciousness, fainting, or "swooning." It’s a condition that a person usually recovers from quickly. But not Elizabeth McDonald, unfortunately.