“A surviving form of a giant ape”

While just about everyone has heard of Bigfoot and the Abominable Snowman, far less attention is given to the other man-beasts of our world. Australia has the Yowie, China has the Yeren. There are even controversial "wild man"-type reports from the U.K. And then there is the Bigfoot of India. On October 31, 2010 – appropriately Halloween, of course - a team from the British-based Center for Fortean Zoology (CFZ) embarked upon an ambitious expedition to the Garo Hills of Northern India. They were in search of a legendary, hairy, man-like beast known as the Mande Burung.

The five-man team was led by Adam Davies – the author of the monster-hunting-themed book, Extreme Expeditions – and consisted of Dr. Chris Clark, Dave Archer, field naturalist John McGowan, and cryptozoologist Richard Freeman. The latter is a former keeper at England’s Twycross Zoo and the author of the book, Dragons: More Than A Myth?.

Jonathan Downes, the founder and director of the CFZ, said of these strange and elusive animals: "The creatures are described as being up to ten feet tall, with predominantly black hair. Most importantly, they are said to walk upright, like a man. Walking apes have been reported in the area for many years. These descriptions sound almost identical to those reported in neighboring Bhutan and Tibet. Witnesses report that the Mande Burung - which translates as forest man - is most often seen in the area in November."

Downes continued: "The Garo Hills are a heavily forested and poorly explored area in Meghalaya state in the cool northern highlands of India. The area is internationally renowned for its wildlife, which includes tigers, bears, elephants and Indian rhino and clouded leopards."

He added: "The Indian team will be led by Dipu Marek, a local expert who has been on the trail of the Indian Yeti for a number of years and has, on previous occasions, found both its nests and 19-inch long 'footprints.' The expedition team has also arranged to interview eyewitnesses who have seen the Mande Burung. Camera traps will be set up in sighting areas in the hope of catching one of the creatures on film." 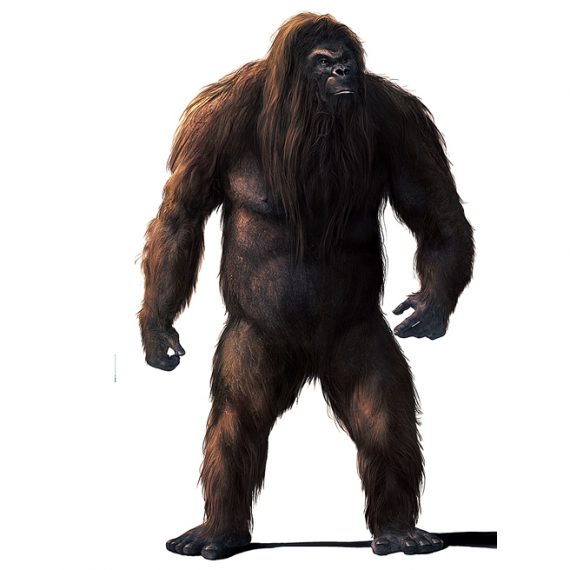 As for what these creatures may actually represent, Downes had a few thought provoking ideas: "The Mande Burung may be a surviving form of a giant ape known from its fossilized teeth and jaw bones, called Gigantopithecus-Blacki, which lived in the Pleistocene epoch around three hundred thousand years ago. This creature is, of course, extinct. However, much contemporary fauna such as the giant panda, the Asian tapir and the Asian elephant that lived alongside the monster ape, still survive today. It is thought by many that Gigantopithecus also survives in the impenetrable jungles and mountains of Asia. Its closest known relatives are the Orangutans of Sumatra and Borneo."

And as Downes carefully noted, the CFZ's intrepid explorers were no strangers to heading off into the vast unknown in search of mysterious and elusive creatures: "Last year the team, who investigate mystery animals all over the world, traveled to Sumatra in search of a small, bipedal ape known as the Orang-Pendek. Dave Archer and local guide Sahar Didmus saw the creature, and the group brought back hair that was later analyzed by Dr. Lars Thomas at the University of Copenhagen. The DNA proved to be similar to an orangutan's, an animal not found in that part of Sumatra."

While the team was successful in finding a large body of highly credible witnesses to the Indian Bigfoot, they did not uncover a definitive smoking-gun. Undeterred, they will one day be embarking on yet another expedition to seek out the legendary beast.