An Australian Conspiracy of the Atomic Kind?

While doing radio a few days ago I was asked (I'm paraphrasing here): "Is there any specific conspiracy theory that you think hasn't received the attention it should have?" Well, yes, there is. If the story is true, then it is - to say the least - shocking. If not, we should find a way to lay it to rest, once and for all. On June 12, 2001, Western Australia Newspapers Ltd., (WAN) published a story which included the following claim: "...people with severe disabilities were used as human guinea pigs during British nuclear tests at the Maralinga Test Site in Australia in the 1950s."

For those who aren't aware of the history of the site in question, take note of the words of the BBC: "It seems remarkable today but less than 60 years ago, Britain was exploding nuclear bombs in the middle of Australia. In the mid-1950s, seven bombs were tested at Maralinga in the south-west Australian outback. The combined force of the weapons doubled that of the bomb dropped on the Japanese city of Hiroshima in World War Two."

The BBC continued: "In archive video footage, British and Australian soldiers can be seen looking on, wearing short sleeves and shorts and doing little to protect themselves other than turning their backs and covering their eyes with their hands. Some reported the flashes of the blasts being so bright that they could see the bones of their fingers, like x-rays as they pressed against their faces." 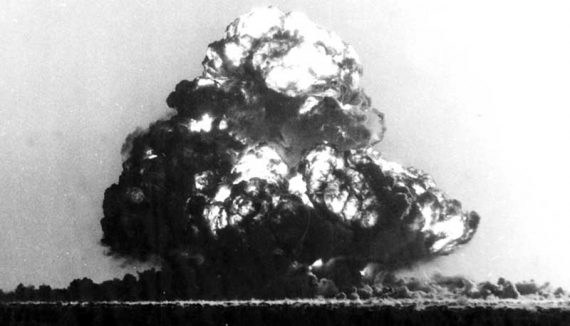 The Australian National Archives provides the following: "Between 1952 and 1963 the British Government, with the agreement and support of the Australian Government, carried out nuclear tests at three sites in Australia – the Monte Bello Islands off the Western Australian coast, and at Emu Field and Maralinga in South Australia. An official history of the tests (JL Symonds, A History of British Atomic Tests in Australia, AGPS, Canberra) was published by the Department of Resources and Energy in 1985.

"Maralinga was developed as the permanent proving ground site, following a request of the British in 1954, and, after its completion in 1956, was the location of all trials conducted in Australia. It was developed as a joint facility with a shared funding arrangement. Following the two major trials (Operation Buffalo in 1956 and Operation Antler in 1957) there were a number of minor trials, assessment tests and experimental programs (dating from 1959) held at the range until 1963. Maralinga was officially closed following a clean-up operation (Operation Brumby) in 1967." 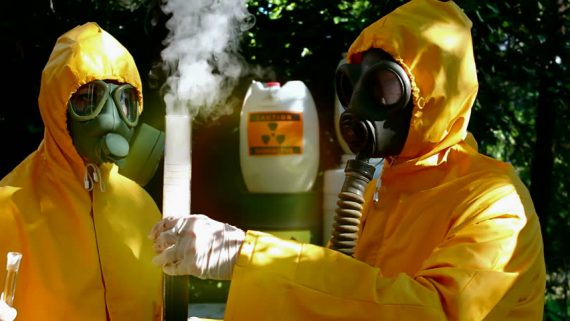 According to the information highlighted by Western Australia Newspapers Ltd., however, there was far more to the affair than that described above. A "control group" was said to have been flown to the British test site, as part of an experiment to determine the effects of radiation on humans. "Control group," of course, means people.

The group, stated the WAN, died after being exposed to the radioactive fallout. While such claims were quickly dismissed as unsubstantiated nonsense, in a final report of a Royal Commission into British nuclear tests in Australia in December 1985, no less a source than Dr. Robert Jackson, Director of the Center for Disability Research and Development at Edith Cowan University in Australia, expressed concern that the Royal Commission did not hear testimonials from pilots. He had good reasons to be concerned.

In the 1980s, Dr. Jackson discovered details of certain, gruesome events. They were told to him when he was the Regional Director for the Western Australia Disability Commission. Of key relevance to this controversial story is an approach made to Dr. Jackson by a man who claimed to be a pilot and who had flown a "planeload" of disabled, physically handicapped people from the U.K. to the Maralinga Test Site in the 1950s. The pilot told Dr. Jackson, "We didn't fly them out again."