Do Dogs Have Souls? Yes, They Do…

I'm not someone who is particularly interested in the phenomenon of ghosts. I haven't written any books on the subject, although I have penned the occasional article on such things. I have taken part in a couple of TV shows on the controversy, too. But, that's about it. I do, however, have an open mind on the subject. Not so much because of what I have researched and investigated, but because of something I personally experienced - as did my ex-wife, Dana. From early 2002 to December 2003, we lived in a small Texas town called Nederland. And with us was our faithful family dog, Charity the Shar-Pei. Charity looked imposing and not the kind of dog you would want to get into a fight with. But, in reality, Charity was a very gentle, laid-back dog who was happiest having a walk, crashing on the couch, and eating pizza crust.

Sadly, in December 2003, Charity died at the age of eight - just a handful of days after she went down with a condition that is all too prevalent in this particular breed, Familial Shar-Pei Fever. As soon as she got sick, we quickly took Charity to the veterinarian who had looked after her for all her life, but it was no use. The staff did their absolute best for Charity, but she succumbed and passed away. It was, of course, a very sad, tragic time for us. We buried Charity on the night of her death. But, in the days ahead, a few very strange things happened.

When Dana and me got back home from laying Charity to rest, we were wiped out. It had been a horrible, stressful day. At one point, though, I had to go into the garage and, as I opened the door, I was hit by an overpowering odor of wet-dog. It completely dominated the garage. I called Dana, who couldn't fail to smell it, too. It's important to note that after Charity fell sick, she never came home: she died at the veterinarian's office and we took her directly from there to the plot of land where we buried her. So, physically, she had not been in our duplex for about four days. And no other dogs had been in the garage or the duplex either. The odor lingered for hours. 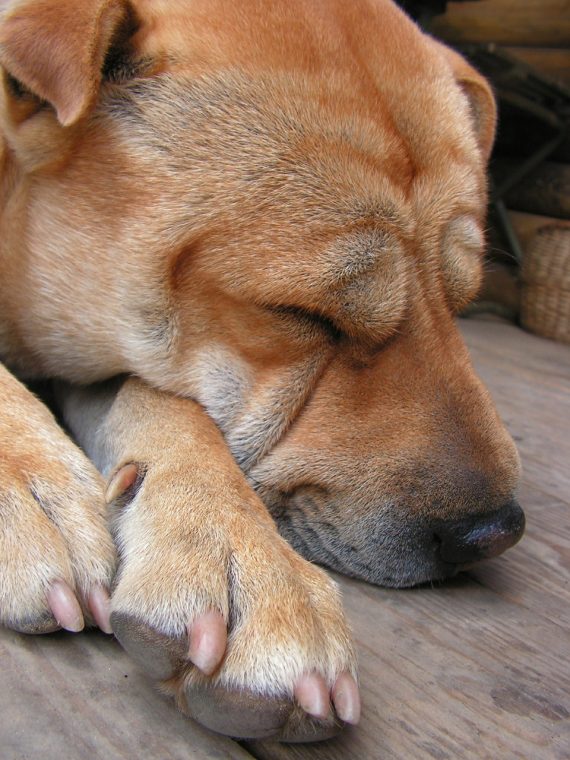 The next night, Dana heard the unmistakable and familiar sound of Charity walking down the corridor towards our bedroom: click, click, click. Every night, Charity would go to sleep in the living-room, on her favorite chair. But, very often, she would get up in the early hours, head down the corridor, and jump on the bed and spend the rest of the night snoozing with us. Dana was in no doubt about what she heard. The following night, I had a very weird dream. Charity and my dog I had in England from 1983 to her death in 1998, Suzy - a cairn-terrier - paid a visit and jumped on the bed. Of course, those of a skeptical nature would say that this was merely my mind trying to make things more comfortable. But, it was a very odd dream, one which I have never forgotten. It was as if Suzy was a wise old soul, but Charity was jumping around, pleased to be back.

The strangest thing of all occurred a week or so later when me and Dana were due to move to Dallas. On a Friday morning, I picked up a huge truck for the move and we finally got it loaded. Just before we were due to leave, Dana said she felt worried that Charity's soul or life-force - however you want to term it - was going to be left behind. So, she called out for Charity to come with us. I then decided to have one last look around the duplex, just to make sure we hadn't forgotten anything. One of the things I did was to check all the drawers and shelves. One such set of shelves were in a small closet in the spare bedroom. As the top shelf was about four or five inches above my height, I jumped up to make a quick glance at the shelf. There was something small and black on it. I leaned up and ran my hand over the shelf. 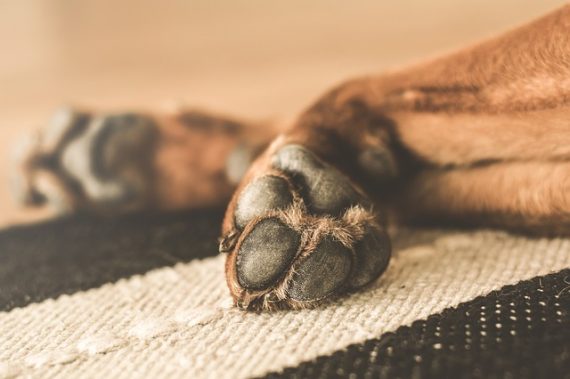 What fell to the floor was a solitary strip of old camera negative. It had one thing on it: an image of Charity taken at the home of Dana's mom and granny in Littlefield, Texas in 2001. To both of us, this was some kind of symbol - a response to Dana's concerns about Charity being left behind. We hit the road to Dallas and never had any more strange experiences. It was as if Charity had moved on - or was moving with us, in some strange way.

Do I think some part of Charity survived physical death and hovered around for a short period? Yes, I really do. I am not a particularly religious person - I view organized religion as a tool of control, via fear and guilt. But, I do think that "something" happens after death. I freely admit I don't know what. But, I am certain something does. And that goes not just for us, the human race. Animals, too. Maybe, everything that has ever lived...

Mermaid Blamed for Deaths in Zimbabwe