Gareth Knight says of Dion Fortune that she was "...born Violet Mary Firth in Llandudno, North Wales on 6th December 1890, the daughter of parents with an active interest in the Christian Science and Garden City movements and the running of hydro-therapeutic establishments. Her interest in occultism was sparked in 1916 when, as a psychotherapist, she came across the startling work of Dr. Theodore Moriarty, who became her first esoteric teacher and inspired her series of short stories The Secrets of Dr Taverner."

Fortune, who died in 1946 at the age of fifty-five, was someone who had success in creating creatures and entities of the mind, and who then unleashed them into the world around her. Although not necessarily deliberately. We are talking about what are variously referred to as thought-forms and Tulpas. Fortune's experiences made it very clear, however, that creating a mind-monster can be a potentially dangerous exercise. It is something that each and every one of us should take careful heed of. Fortune's story is as fascinating as it is disturbing. 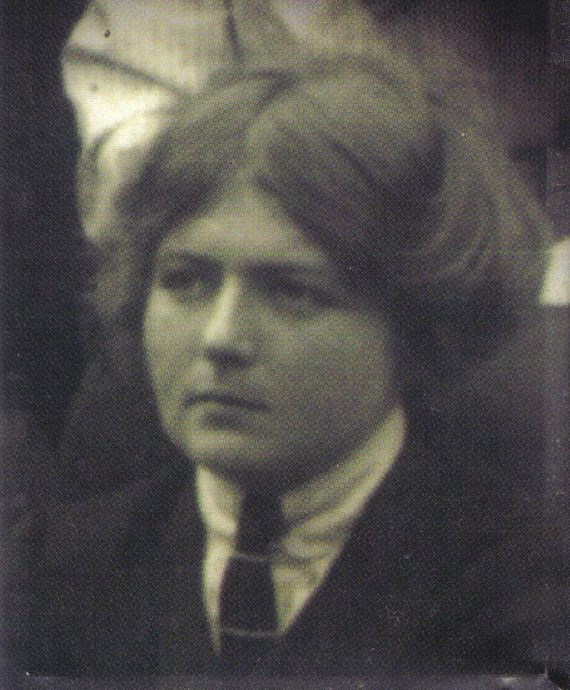 She outlined the background to creating such things: "The artificial elemental is constructed by forming a clear-cut image in the imagination of the creature it is intended to create, ensouling it with something of the corresponding aspect of one's own being, and then invoking into it the appropriate natural force. This method can be used for good as well as evil, and 'guardian angels' are formed in this way. It is said that dying women, anxious concerning the welfare of their children, frequently form them unconsciously."

Fortune had much more than that to say: "I myself once had an exceedingly nasty experience in which I formulated a were-wolf accidentally. Unpleasant as the incident was, I think it may be just as well to give it publicity, for it shows what may happen when an insufficiently disciplined and purified nature is handling occult forces. I had received serious injury from someone who, at considerable cost to myself, I had disinterestedly helped, and I was sorely tempted to retaliate. Lying on my bed resting one afternoon, I was brooding over my resentment, and while so brooding, drifted towards the borders of sleep. There came to my mind the thought of casting off all restraints and going berserk. The ancient Nordic myths rose before me, and I thought of Fenris, the Wolf-horror of the North." 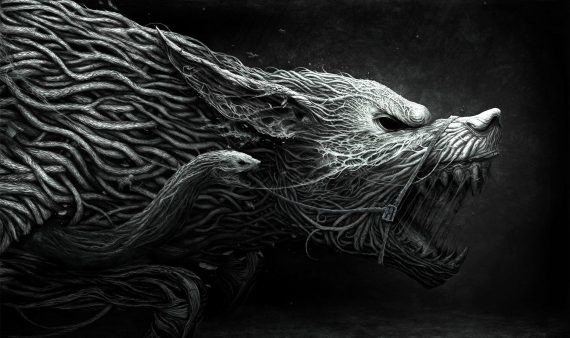 As an aside, and before we continue with the story, if you are wondering who or what Fenris is, take note of the words of the website "Norse Mythology for Smart People." We're told: "Fenrir (pronounced 'FEN-reer;' Old Norse Fenrir, 'He Who Dwells in the Marshes') is the most infamous of the many wolves in Norse mythology. His importance for the pre-Christian Scandinavians is demonstrated by his being depicted on numerous surviving runestones, not to mention his ubiquity in Old Norse literary sources. He's the son of the god Loki and the giantess Angrboða, which makes him the brother of the serpent Jormungand and the underworld goddess Hel."

Now, with that said, back to Fortune: "Immediately I felt a curious drawing-out sensation from my solar plexus, and there materialized beside me on the bed a large wolf. It was a well-materialized ectoplasmic form. It was grey and colorless, and had weight. I could distinctly feel its back pressing against me as it lay beside me on the bed as a large dog might. I knew nothing about the art of making elementals at that time, but had accidentally stumbled upon the right method - the brooding highly charged with emotion, the invocation of the appropriate natural force, and the condition between sleeping and waking in which the etheric double readily extrudes."

Take note of all the above if, one day, you have Fenris on your mind - which you may well, after reading this article...

Mystery Noises Heard in the Sewers Below Derby, England