It’s time for a new saying.

Mysteries are like Siberian craters. When one is solved, a new one opens up.

Or, in this case, 7,000 may open up. According to a new study reported in the Siberian Times, researchers have identified over 7,000 methane bubbles just beneath the permafrost surface in the areas of northern Siberia where bubbles like these have exploded or collapsed over the past few years to form huge craters, including the Batagaika Crater, which is living up to its reputation as the Doorway to the Underworld by continuing to expand and swallow up Siberia. We may soon gaze up at the Moon and think, “It looks just like Siberia.” 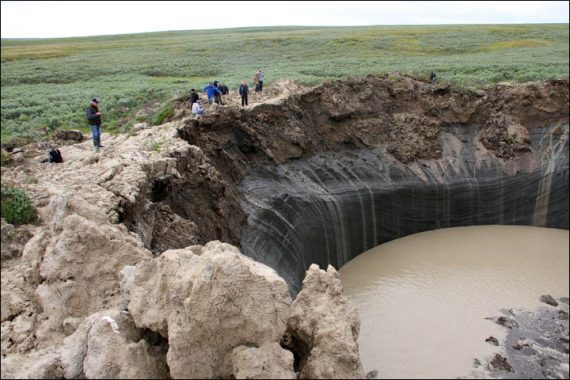 The bulging ground zero for the methane bubble crisis is Bely Island (also known as Belyy Island) in the Kara Sea off the coast of the Yamal Peninsula where the Siberian crater mystery first opened and eventually was solved, at least the cause was. Bely Island helped in the resolution after researchers noticed the ground bounced when they walked on it. That bounce turned out to be from dirt-covered methane bubbles and walking on them was not a good idea.

With time, the bubble explodes, releasing gas. This is how gigantic funnels form.

Alexey Titovsky, director of the Yamal Department for Science and Innovation and Siberian crater expert, explained last year why the formation of the Siberian craters -- the "giant funnels" --was no longer a mystery. That was when a mere 15 of the bubbles had been found. Just a year later, the count is up to over 7,000 and growing.

The new mystery is why Bely Island has so many of these bubbles. The researchers found that methane levels in the atmosphere on the island were 1,000 times above normal, while CO2 levels were 25 times higher. As more bubbles explode, more of Bely Island disappears. Experts are concerned that this is an indication of what will soon happen on the Yamal Peninsula and beyond, where the bubbles are near human populations with roads and buildings.

We need to know which bumps are dangerous and which are not. Scientists are working on detecting and structuring signs of potential threat, like the maximum height of a bump and pressure that the earth can withstand. 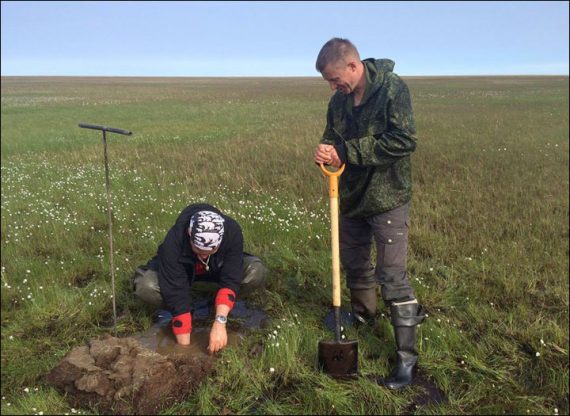 Um, it sounds like a good plan would be to consider ALL of these ground-bouncing methane bubbles as dangerous and focus on global warming instead. Unfortunately, that’s easier said than done.

That is a self-reinforcing cycle with greenhouse gasses released as permafrost thaws, which causes warming. This results in more permafrost thaw and causes more warming and on and on. That is something we worry a lot about. Once this cycle gets going it is hard to stop.

“Once this cycle gets going it is hard to stop.” That’s true of a lot of things but we’re talking about exploding methane bubbles opening up doorways to the underworld here. The methane locked in Siberia’s permafrost is being released because Siberia is warming at a rate estimated to be twice as fast as the rest of the planet

Are these Siberian bouncy bubbles another canary in the global warming coal mine? It will no longer be a mystery if people outside of Siberia suddenly feel the Earth move under their feet.

It will be too late.