From Mermaids to Mermen

George Brisbane Scott Douglas (1856-1935) was the author of such books as Scottish Fairy and Folk Tales and New Border Tales. He was someone who had a fascination for mysteries of the oceans, and particularly so mermaids and the far-less-mentioned matter of mermen. He said of mermen and mermaids that there were many strange tales emanating from Scotland's Shetland Isles. Beneath the depths of the ocean, according to these stories, Douglas said...

"...an atmosphere exists adapted to the respiratory organs of certain beings, resembling in form the human race, possessed of surpassing beauty, of limited supernatural powers, and liable to the incident of death. They dwell in a wide territory of the globe, far below the region of fishes, over which the sea, like the cloudy canopy of our sky, loftily rolls, and they possess habitations constructed of the pearl and coral productions of the ocean. Having lungs not adapted to a watery medium, but to the nature of atmospheric air, it would be impossible for them to pass through the volume of waters that intervenes between the submarine and supramarine world, if it were not for the extraordinary power they inherit of entering the skin of some animal capable of existing in the sea, which they are enabled to occupy by a sort of demoniacal possession." 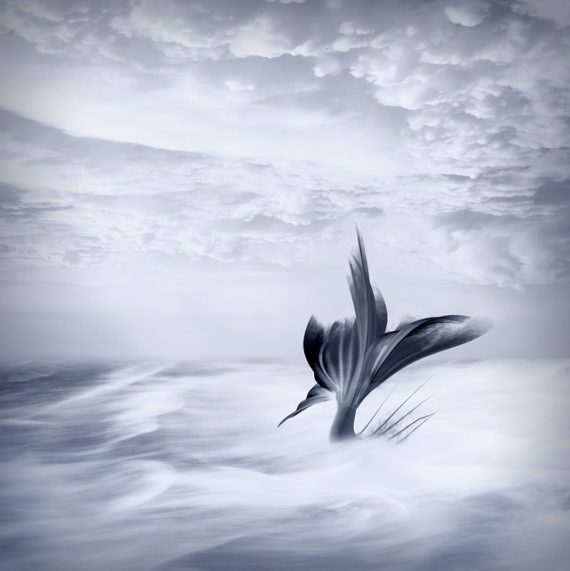 Douglas noted something that most people – having only a cursory knowledge of the merman/mermaid phenomenon – would likely be completely unaware of. He acknowledged that although the traditional image was "of an animal human above the waist, yet terminating below in the tail and fins of a fish," that was far from always being the case. He explained that the "most favorite form" was actually that of the "larger seal." If you accept such extremely unlikely tales as reality, of course!

He elaborated that, "...possessing an amphibious nature, they are enabled not only to exist in the ocean, but to land on some rock, where they frequently lighten themselves of their sea-dress, resume their proper shape, and with much curiosity examine the nature of the upper world belonging to the human race. Unfortunately, however, each merman or merwoman possesses but one skin, enabling the individual to ascend the seas, and if, on visiting the abode of man, the garb be lost, the hapless being must unavoidably become an inhabitant of the earth."

Douglas was someone who not only was deeply familiar with mermen lore, but someone who collected a number of fascinating accounts of encounters with what appear to have been – rather incredibly – real half-man, half-fish-like entities. As one example of many, we have the following from Douglas:

"A story is told of a boat’s crew who landed for the purpose of attacking the seals lying in the hollows of the crags at one of the stacks. The men stunned a number of the animals, and while they were in this state stripped them of their skins, with the fat attached to them. Leaving the carcases on the rock, the crew were about to set off for the shore of Papa Stour, when such a tremendous swell arose that every one flew quickly to the boat. All succeeded in entering it except one man, who had imprudently lingered behind. The crew were unwilling to leave a companion to perish on the skerries, but the surge increased so fast that after many unsuccessful attempts to bring the boat close in to the stack the unfortunate wright was left to his fate." 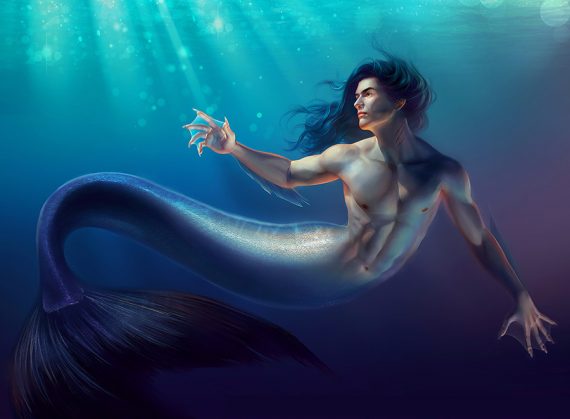 Douglas continued, detailing how things quickly developed, and in a strange and unforeseen fashion: "A stormy night came on, and the deserted Shetlander saw no prospect before him but that of perishing from cold and hunger, or of being washed into the sea by the breakers which threatened to dash over the rocks. At length he perceived many of the seals, who in their flight had escaped the attack of the boatmen, approach the skerry, disrobe themselves of their amphibious hides, and resume the shape of the sons and daughters of the ocean. Their first object was to assist in the recovery of their friends, who, having been stunned by clubs, had, while in that state, been deprived of their skins.

"When the flayed animals had regained their sensibility,” said Douglas, “they assumed their proper form of mermen or merwomen, and began to lament in a mournful lay, wildly accompanied by the storm that was raging around, the loss of their sea-dress, which would prevent them from again enjoying their native azure atmosphere and coral mansions that lay below the deep waters of the Atlantic."

The chief lamentation of the mermen, said Douglas, was for one Ollavitinus, the son of Gioga, who, "...having been stripped of his seal's skin, would be forever parted from his mates, and condemned to become an outcast inhabitant of the upper world. Their song was at length broken off by observing one of their enemies viewing, with shivering limbs and looks of comfortless despair, the wild waves that dashed over the stack. Gioga immediately conceived the idea of rendering subservient to the advantage of her son the perilous situation of the man. She addressed him with mildness, proposing to carry him safe on her back across the sea to Papa Stour, on condition of receiving the seal-skin of Ollavitinus."

A bargain was struck, added Douglas, and "...Gioga clad herself in her amphibious garb; but the Shetlander, alarmed at the sight of the stormy main that he was to ride through, prudently begged leave of the matron, for his better preservation, that he might be allowed to cut a few holes in her shoulders and flanks, in order to procure, between the skin and the flesh, a better, fastening for his hands and feet. The request being complied with, the man grasped the neck of the seal, and committing himself to her care, she landed him safely at Acres Gio in Papa Stour; from which place he immediately repaired to a skeo at Hamna Voe, where the skin was deposited, and honorably fulfilled his part of the contract by affording Gioga the means whereby her son could again revisit the ethereal space over which the sea spread its green mantle."