How To Create A Vampire

It was in 2003 that I began digging very deeply into the strange world of one Major General Edward Geary Lansdale and his ties to the world of the vampire. Lansdale was a man highly skilled in the field of what is known, in military circles, as psychological warfare. Back in the early 1950s, Lansdale – who rose to prominence during the Second World War, while working with the Office of Strategic Services, a forerunner of the CIA – spread rumors throughout the Philippines that a deadly vampire was wildly on the loose. Its name was the Aswang, a blood-sucking monstrosity, of which the people of the Philippines lived in complete dread. The reason for Lansdale’s actions was as bizarre as it was simple.

At the time, specifically 1952, the Philippines were in turmoil and chaos, as a result of an uprising by the Hukbalahap – or Huks, as they were also known. They were vehemently anti-government rebels and did their very best to oust the president of the Philippines, Elpidio Rivera Quirino, with whom Lansdale was friends. And when the major general was asked by Quirino to help end the reign of terror that the Hukbalahap had generated, he quickly came on-board. 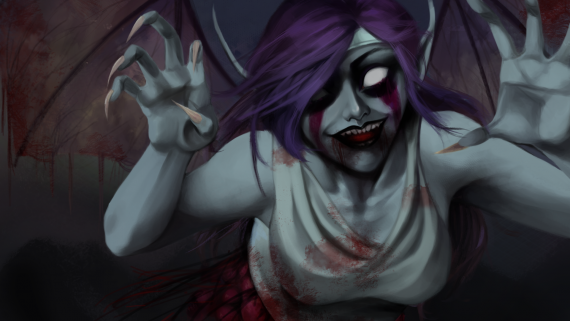 One of the first things Lansdale noted was that the rebels were deathly afraid of the Aswang and its nocturnal, blood-drinking activities. So, he came up with a brainwave, albeit a grisly one. It was a brainwave that was kept secret for decades, until Lansdale, himself, finally went public, long after his prestigious military career was finally over. As the major general recalled, in his book, In the Midst of Wars:

"To the superstitious, the Huk battleground was a haunted place filled with ghosts and eerie creatures. A combat psy-war squad was brought in. It planted stories among town residents of an Aswang living on the hill where the Huks were based. Two nights later, after giving the stories time to make their way up to the hill camp, the psywar squad set up an ambush along the trail used by the Huks."

That same psywar squad then did something that was very alternative, but which proved to be extremely effective. They silently grabbed one of the Hukbalahap rebels, snapped his neck, and then – using a specially created, metallic device – left two, deep, vicious-looking puncture marks on the neck of the man. But that was barely the start of things: they then quietly tied a rope around the man's ankles, hung his body from a nearby tree, and let just about as much blood as possible drain out of the body. After several hours, the corpse was lowered to the ground and left close to the Hukbalahap camp, specifically to ensure it was found by his comrades. They did find it.

The result, as Lansdale noted, was overwhelmingly positive, from the perspective of the Philippine government, at least: "When the Huks returned to look for the missing man and found their bloodless comrade, every member of the patrol believed that the Aswang had got him and that one of them would be next if they remained on that hill. When daylight came, the whole Huk squadron moved out of the vicinity." 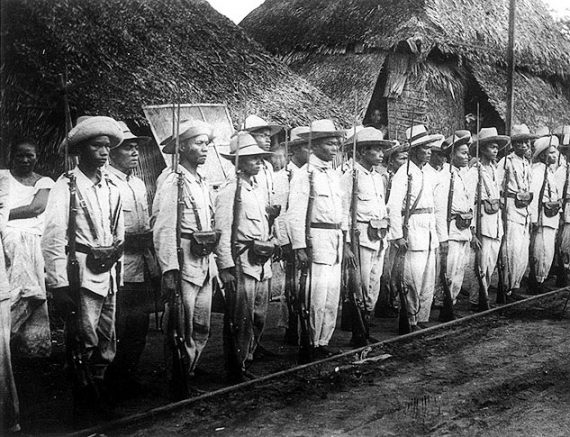 It was an ingenious, and spectacularly successful, tactic, one that was reportedly utilized on more than fifteen occasions to take back strategic ground from the Hukbalahap soldiers. A vampire of legend was now one of reality – or so the rebels believed.

An Australian Conspiracy of the Atomic Kind?