How to Set a Trap for Self-Driving Cars

Do you ever feel like you’re being followed by a self-driving car? Are you afraid that the highways are being taking over by these little vehicles with questionable artificial intelligence that could decide on their own to run you over instead of a mother duck leading her babies across the road? Would you like to catch one and teach it a lesson? Now you can.

British artist James Bridle has figured out a way to trap a self-driving car inside a magic or ritual circle. Yes, a ritual circle is normally used to protect those inside the circle from evil, but this is 2017 and Bridle feels it’s time to widen the scope (although not necessarily the size) of magic circles to use them as traps or holding pens. Like other magic circles, Bridle’s is nine feet in diameter and drawn with salt – an appropriate medium that these thinking cars fear like Superman fears kryptonite. 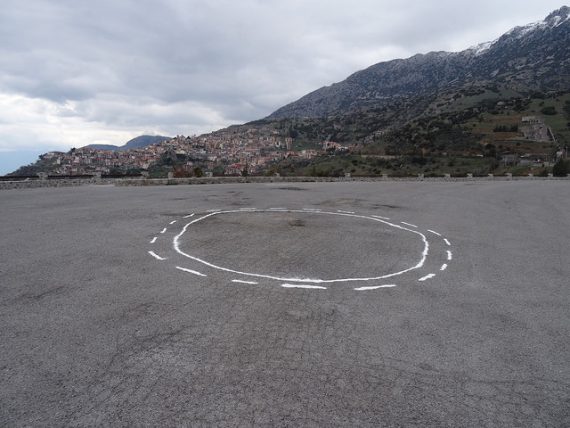 Unlike other magic circles, no incantation is required during the casting or drawing of it. However, if the self-driving car has a passenger in it, an appropriate thing to say might be “Don’t move!” or “Step out of the vehicle slowly!”

The power of the magic circle for capturing self-driving cars lies in how it is drawn. The rules of the road (which the car’s AI must follow to be allowed on it) state that a vehicle must stay on its side of a solid road dividing line if there is a dotted line on the opposite side. By drawing a solid circle around the car and a dashed circle around both, the vehicle is trapped in an infinite loop until its battery runs out. If a human entered the car, took over from the AI and drove it out of the circle, they would be breaking the law as well as severely confusing the AI. 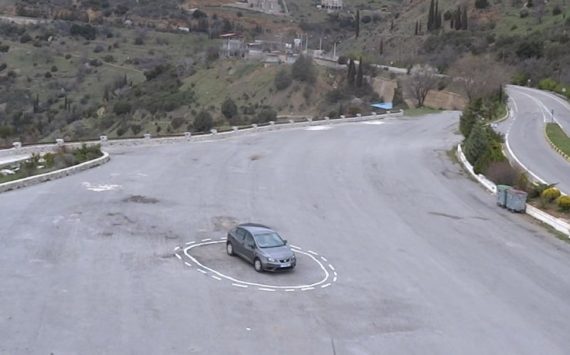 Bridle recently posted a picture of his magic circle and called it the "Autonomous Trap 001." In an interview with Vice, he explains that he’s not just an artist but also a philosopher (no surprise) and a programmer (big surprise) and is in the process of building his own self-driving car (huge surprise) – his code for it is available online. He currently lives in Athens, Greece, and hasn’t been able to catch an actual self-driving car due to their scarcity there, but he’s testing the circle while developing his own. He’s hoping someone in the U.S. can try it on one of Google’s cars or eventually in Singapore where the government plans to purchase 300,000 driverless taxis. 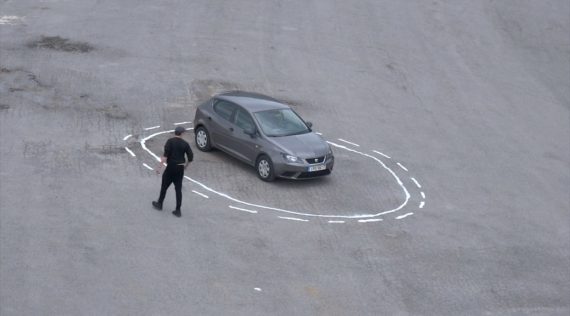 In case you’re wondering, Bridle is serious about the idea of the Autonomous Trap 001 and sees a useful purpose in messing with the artificial minds of self-driving cars.

Self-driving cars bring together a bunch of really interesting technologies—such as machine vision and intelligence—with crucial social issues such as the atomization and changing nature of labor, the shift of power to corporate elites and Silicon Valley, and the quasi-religious faith in computation as the only framework for the production of truth—and hence, ethics and social justice.

If you're planning to try trapping a self-driving car in a magic circle, you may want to wait until it comes to a complete stop.