A famous Chinese legend that has inspired many treasure hunters involves the brutal leader of a peasant uprising nicknamed Yellow Tiger, looting raids of Ming dynasty villages that brought him tons of treasures, and a failed escape that resulted in the Yellow Tiger’s defeat and death and the sinking of 1,000 boats said to be loaded with precious metals and jewelry, never to be seen again. Until now.

Archeologists announced this week that the legend of the sunken treasure of Zhang Xianzhong, the Yellow Tiger, is true. They found over 10,000 items at the bottom of the Minjiang River where it meets the Jinjiang River, 50 kilometers south of Chengdu, the capital of Sichuan in the Sichuan Province.

The items found include large amounts of gold, silver and bronze coins, jewelry, and iron weapons such as swords, knives and spears. 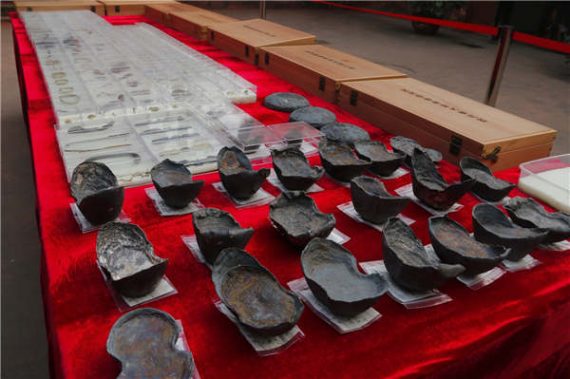 And that’s just from one boat, according to Gao Dalun, director of Sichuan Provincial Cultural Relics and Archeology Research Institute. Sichuan residents may want a big chunk of those items since Zhang’s conquest in the 1640s of the area came after some of the most brutal mass killings in history – an estimated one million dead out of a population of three million. The Yellow Tiger – so nicknamed because of his yellow color and heavy “tiger” chin – was said to have counted his killings by collected heads, hands, feet, ears and noses. 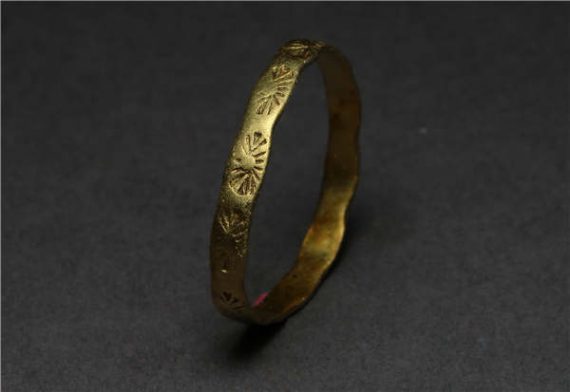 Needless to say, he was hated by locals and his rumored treasures were desired by other groups. Upon hearing that the army of the Manchu Qing Dynasty was heading his way, Zhang loaded his loot in 1,000 ships and headed back to Shaanxi province. During the escape, the ships sank and Zhang either went down with his treasures or was killed by the Manchu forces, possibly helped by the betrayal of one of his officers. Serves him right.

The story of finding the legendary treasure is just as interesting, although not as gruesome.  Silver items had been found along the shores of the Minjiang since the 1950s and were often linked to Zhang but never proven. However, a water diversion project in 2005 revealed a hollowed-out log with seven silver ingots in the riverbed. That was followed in 2011 with the discovery of gold and silver coins by workers digging sand for construction. At that point, as is usually the case, treasure hunters and looters converged on the location.

As objects rumored to be from the Yellow Tiger began to appear on the black market, local police investigated and last October busted 10 artifact looting gangs and 70 traffickers and recovered hundreds of artifacts in the largest looting case ever solved in China.

The Sichuan Provincial Cultural Relics and Archeology Research Institute took over the area and, beginning in the dry season this January, drained the river and dug down through five meters of muck until they struck gold … and silver and jewelry and weapons and solid gold seals with engravings proving they belonged to Zhang.

Excavations by the archeologist will continue through April. Then they have to decide how to protect it from more treasure hunters and looters looking for the no-longer-mythical other 999 treasure ships.