Man Claims He Gets High on Cobra Bites

Kids … don’t try this at home!

Now that we have the obligatory legal warning out of the way, this personal note:

Kids ... seriously … don’t try this at home … especially if your home is in India or near a zoo!

A 21-year-old man in India claims he regularly gets high by letting a cobra bite him on the lip. Since he’s still alive, a group of psychiatrists decided to study him and his drug dealer/snake charmer. Their conclusion, published this week in the Asian Journal of Psychiatry, may discourage some, but not all, of the people who want to try this surprisingly popular yet deadly way to potentially get a high.

He reported that his peers and the snake charmer informed him that he would have drowsiness, euphoria, and feeling of warmth followed by a deep sleep after the bite. Subjectively he reported experiencing all these symptoms and they lasted for 2-3 days. 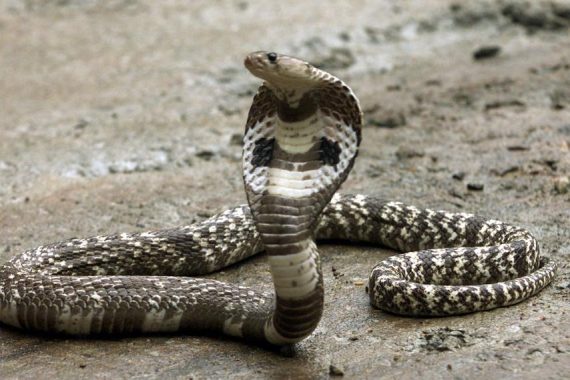 Indian psychiatrist Lekhansh Shukla met the unnamed man when he came for treatment of his drug addictions. He decided to conduct a study because the man seemed serious and was one of many Indians who claimed to get euphoria and relaxation after cobra bites without those nasty side effects like tissue necrosis, respiratory distress and death – the fatality rate from untreated cobra bites in South Asia is between 77 and 100 percent

Taking dried snake venom in pill form or mixed with alcohol has been a reported party activity for years in India. While relatively safe (some dizziness but no death in small quantities) and not really effective (the high comes more from the booze and music), it’s a gateway venom to the more serious ingestion of liquid venom and injection via the natural needle of cobra teeth. Previous studies as well as eyewitness reports conclude that most who go for the bite high are already heavily addicted to other substances (as the subject in this case was) and live in a culture that worships snakes (ditto). 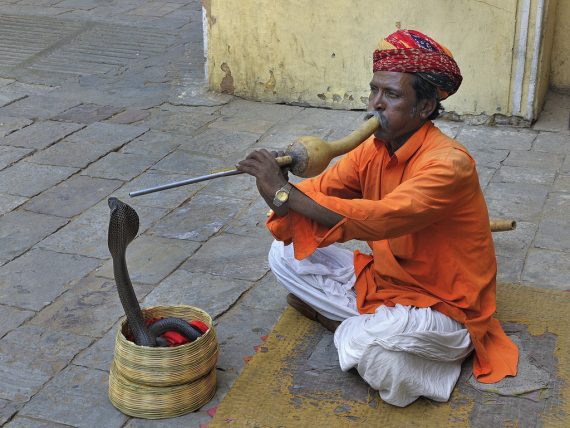 Shukla convinced the patient to identify the snake charmer, who was surprisingly happy to meet with the doctor even after finding out he wasn’t there to have a bite with him. He was also unexpectedly frank in revealing that, while he did arrange for the man and many others to be bitten to get high, the snake he used was not a cobra but a non-venomous rat snake that looks much like a King cobra but bites more like a stapler. Any highs his customers got were strictly of the placebo kind.

We propose that a high expectation of rewarding experience, strong suggestion, personality traits and most importantly the dangerous nature of willfully receiving snakebites explains the reported feelings of high.

In others words (old joke warning), this fakir was a faker.

If you're thinking about trying the cobra bite high, see a doctor. If you really want to get a high from an animal, go visit an animal shelter and save a dog. You and your new friend will be euphoric for years.

Gravitational Anomalies Hint at Hidden Craters on the Moon