Many Think Robots Would Make Better Politicians Than Humans

Would you like to see your representative/member of Parliament/prime minister/president replaced by a robot? If you answered “Yes,” “Hell yes!”, “When can the robot start?” or any other form of affirmative, you’re part of a sizable minority that thinks this is a good idea and could actually happen very soon. Are you ready for the Robotic Party? Mayor Bender? President C-3PO?

According to a new poll in the UK by the software firm OpenText, 26 percent of those surveyed chose a robot or some form of artificial intelligence technology over human politicians when asked who or what would make better government decisions. Even more interesting, 66 percent of the  respondents predicted that robots will actually be working in government jobs by 2037 and 16 percent gave the frightening (or maybe not) forecast of AI politicians within the next two years. 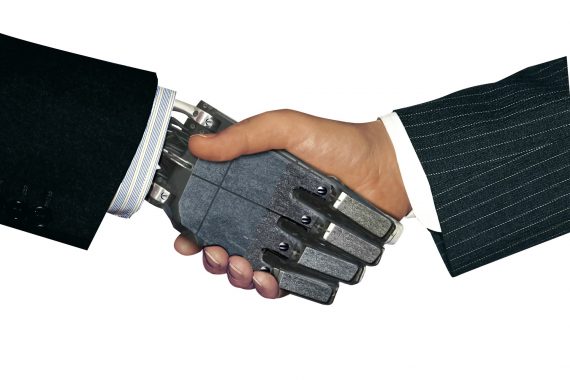 Would you let a robot running for office shake your hand? Kiss your baby? Do Asimov’s Laws of Robotics say anything about keeping campaign promises?

AI and cognitive technologies will give organizations across all sectors, faster access to sophisticated insights, and consequently empower them to make better decisions for customers, employee and the business overall.

Mark Bridger, vice president at OpenText, said in an interview with Computer Business Review that he believes the “opportunity for innovation and change is limitless.” That sounds like a typical campaign slogan for a human politician (and vaguely familiar). While it makes sense and has been proven to be true already in the businesses of manufacturing, health care and retail, is government really a “business” that can benefit from robotics?

Historically, one of the big problems with leaders is that they are selfish mammals. An artificial intelligence president could be truly altruistic. It wouldn’t be susceptible to lobbyists, special interest groups or personal desires.

How would someone who believes robots could make good political leaders do in an election against a robot? Would he have to resort to finding videos of the mechanical candidate in compromising positions with a sexbot? 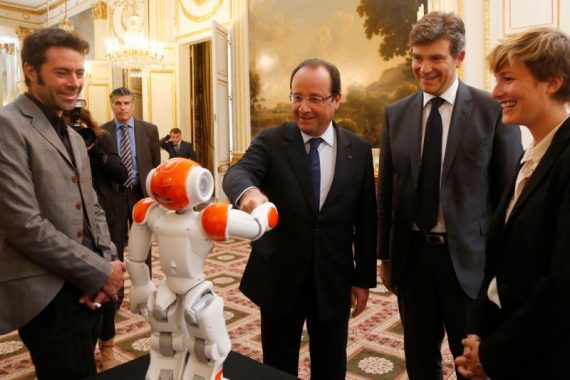 Zoltan touches on the good points of a robot politician – straight decision making based on facts, not outside influence. That may work when it comes to building roads or determining taxes, but what about issues that involve competing beliefs and value judgments – issues like climate change, same sex marriage or abortion? Can artificial intelligence ever be programmed to make moral decisions as good as, let alone better than, a human?

A good person to ask might be one standing in the road facing an oncoming driverless car.

That may be why 35 percent of those polled think it’s impossible for a robot to be in a government job. This is more than the 26 percent who think it’s possible, but it leaves 39 percent undecided. Are they waiting for R2-D2 to announce its candidacy?