It doesn’t take much staring to imagine this is some sort of saucer-shaped object crawling across the ocean floor, leaving a trench impression behind it. Which raises the obvious question: who has the time to search Google maps of the ocean for this kind of stuff? 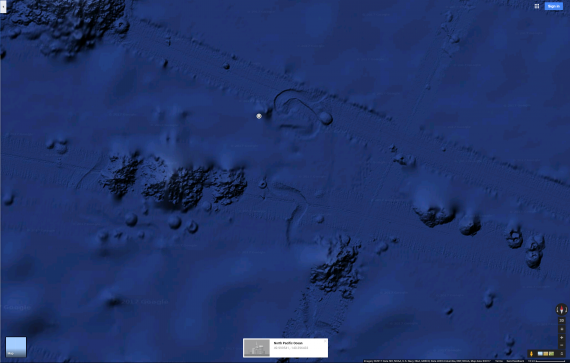 After you ponder that one (here’s a hint … the picture appears to have first surfaced on 4chan), the next question is: what the heck is this Unidentified Underwater Object? The folks at SecureTeam10 did some Google legwork recently and determined that the object is 2.81 miles (4.5 km) in diameter and what looks like a curving trail behind it measures 46 miles (74 km) in length. Based on its coordinates, it’s about 3,000 feet (.9 km) below the surface.

At that point, SecureTeam10 predictably moves to speculation that the object is some sort of alien craft crawling across the ocean floor. OK, if it’s actually a ship, why isn’t it floating? Why is there only one? Who is the rock shape designed to deceive? Is it really moving or is the trail a skid mark from when it might have crashed?

SecureTeam10 correctly points out that this isn’t the first object found on the bottom of a body of water that resembles a spacecraft. One of the most famous is the so-called Baltic Sea Anomaly – a 60-meter (220-foot) object resembling the Star Wars Millennium Falcon that was allegedly discovered in 2011 at a depth of 300 feet by Swedish explorer Peter Lindberg and his Ocean X team while looking for a conventional shipwreck. Like the Pacific disc, that object also has a groove in the sea bed behind it. While there were reports that Ocean X claimed their electronic gear stopped working when they got within 200 meters of the object, Lindberg himself agrees with experts that the object is not metallic and is most likely a really cool-looking rock. 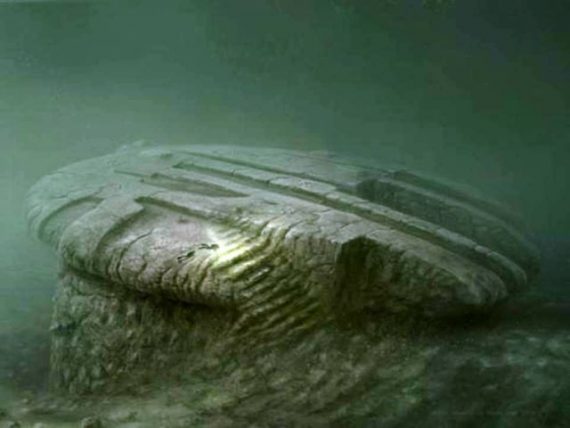 Which brings us back to the less-cool-looking but still mysterious object at 4.250044, 28.712918 in the North Pacific. Is this single Google image enough to prove the object is an alien spaceship moving across the ocean floor? Hardly. Is it enough to prove it’s just a big round rock and the trench behind it was formed by ocean currents? Not proof, but a little more likely. If it’s neither of those, what else could it be? 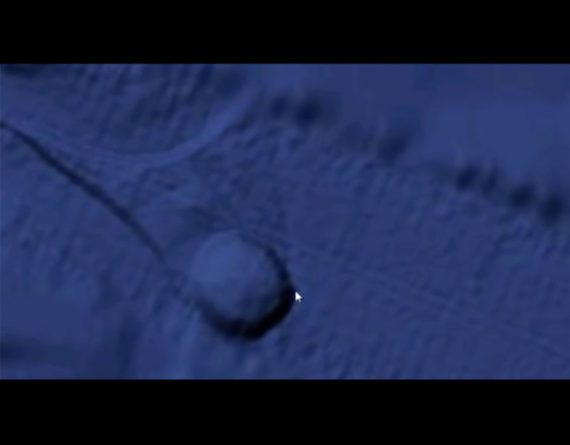