If you’re going to name a waterfall “Devil’s Kettle,” you’d better have a damn good reason. How about this one? The Brule River in the Judge C. R. Magney State Park on the North Shore of Lake Superior splits it half about 1.5 miles from its mouth. The eastern fork continues over a waterfall while the western fork disappears into a pothole and is never seen again. Really. People have dropped in everything from ping-pong balls to dyes to GPS devices to – according to a local legend – a car and they never show up again. Is that enough reason to call it the Devil’s Kettle?

Unfortunately for the devil (and those people in park’s souvenir shop selling T-shirts), the secret of the disappearing river may finally be revealed. Minnesota Department of Natural Resources (DNR) mapping hydrologist Jeff Green and a team of hydrologists announced they have solved the mystery of Devil’s Kettle. What is it?

Well, that settles that. 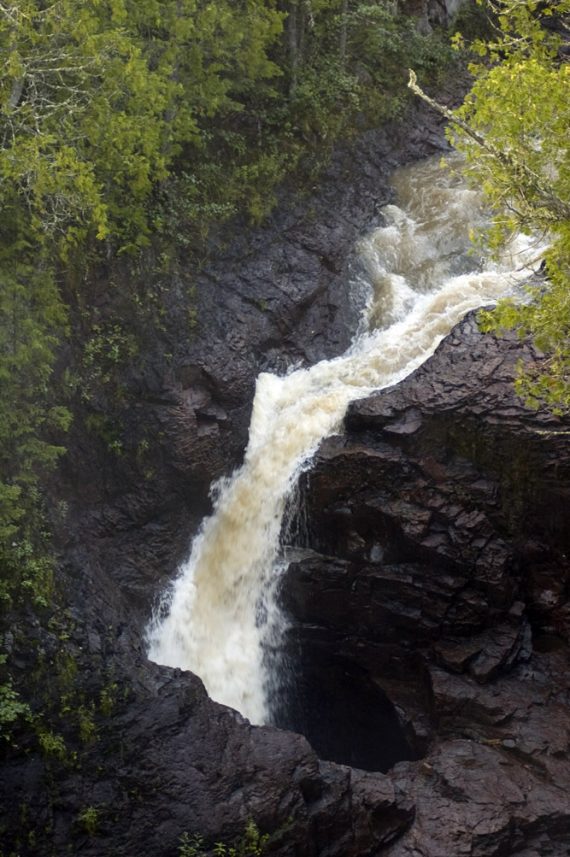 Not satisfied? Green explains that he used stream gauging equipment to measure the volume of water flowing in the Brule River above the falls and below. The flow was 123 cubic feet per second before the falls and 121 feet per second about 500 feet downstream. Since this is government work, that’s close enough to call them identical. And that means what’s going into the hole is quickly coming out somewhere and rejoining the river.

It made my day, when we found this. Science has been getting kind of a bad rap lately. This is an example of applying science. It works, and that’s why we do it.

Excuse me, Mr. Green. What about the dye and the ping-pong balls (and alleged cars) that others have tossed in Devil’s Kettle? Green says he’s seen no evidence nor results of such tests. And, if they had been done, he believes the raging river would have destroyed them before they could be found.

The plunge pool below the Kettle is an unbelievably powerful system of recirculating currents, capable of disintegrating material and holding it under water until it resurfaces at some point downstream.

Green plans to conduct his own tests with a fluorescent, biodegradable dye in the fall when the river’s level and flow rate are at their lowest. He believes this will pinpoint the exact location of the exit hole of Devil’s Kettle in the Brule River. 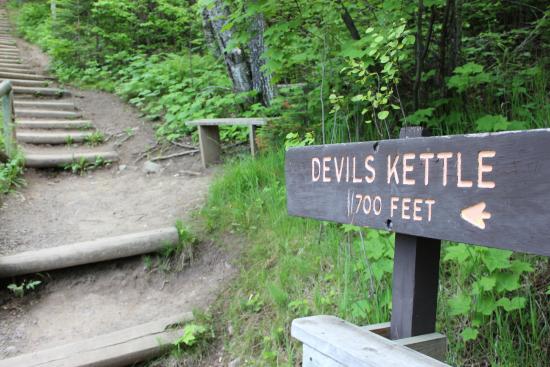 Are the tourism officials and souvenir stand operators rooting for the devil?

You Look Like Your Name: A Strange Link Between Names and Faces