In my previous article - "The Strange Tale of the Defiance Werewolf" - I related the weird 1972 saga of the town's very own werewolf. It's worth noting, however, that the saga of Defiance's man-monster doesn't stand alone. For a small city (its population is around 17,000), Defiance has more than a few mysterious stories attached to it. That's right: Defiance is a place where paranormal weirdness seems to surface time and again. For example, while I was in Defiance in August 2016, I was given an account of a UFO landing case from 1977 and a report of a Chupacabra-like creature encountered in 2006. And there is also the matter of Defiance's very own Man in Black. He was first seen in 1967 and...he, or another of his kind, briefly popped up in the werewolf affair of 1972. 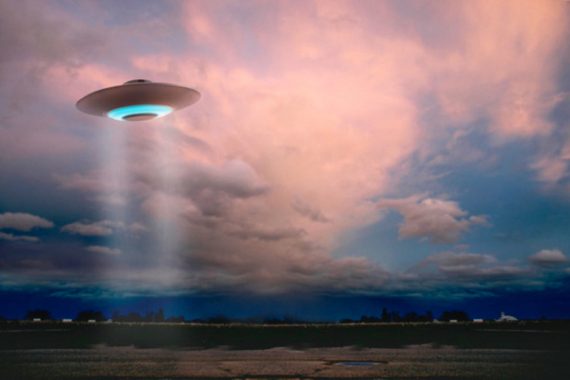 It's interesting to note one of the more curious aspects of the MIB/WIB enigma. Namely, that the black-garbed fiends often turn up in locales where strange beasts have been seen - just as was the case with Defiance. That's right: contrary to what many might assume, it's not just UFO-themed cases that Men in Black (and Women in Black) turn up in. The most obvious example being a certain series of events at the West Virginia town of Point Pleasant in the Sixties. When, in 1966, the fiery-eyed Mothman first descended upon the town, the WIB and the MIB were never far behind. And, Stan Gordon has investigated cases where even Bigfoot witnesses have been plagued by the MIB, particularly so in late 1973 Pennsylvania.

It turns out that in 1967 – when Mothman mania was at its height in Point Pleasant – matters relative to the MIB were going down in none other than Defiance, too; they were very mysterious matters. Everything revolved around a man named Robert Easley – who, at the time, was a UFO researcher and a good friend of Timothy Green Beckley, a long-time UFO sleuth. 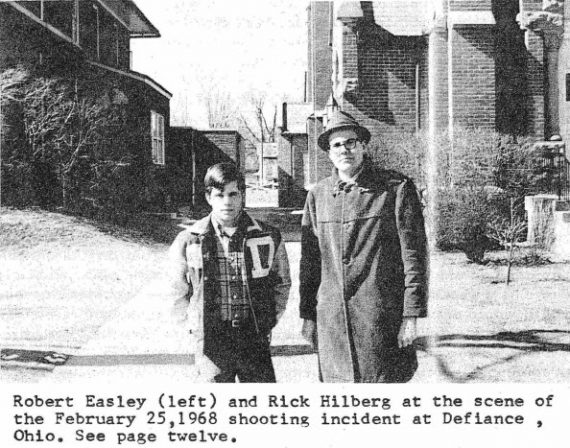 For Easley, himself a resident of Defiance, it all began in the early hours of July 11, 1967. Easley was woken up by the sound of his phone ringing. He quickly answered it – perhaps fearing it was someone with bad news. It was actually a woman who wanted to report a sighting of two UFOs over the town – a sighting that was still going on. Easley jumped into his car and sped off into the night. It turns out that Easley was shadowed all the way by a black Cadillac, very often the preferred mode of transport for the MIB. The car had no license plates, which is typical, too.

As for the driver, who kept very close to Easley's vehicle, his upper body and head were silhouetted and dark. The MIB soon vanished, however, taking another road and leaving Easley worried and slightly paranoid. He would soon be back, though. On the night of July 15, the MIB returned, yet again in his black Cadillac, following Easley for a number of miles on lonely roads.

Tim Beckley tells the story of what happened next: "When [Easley] pulled into his driveway, the unknown car sped off. Later that evening as he sat talking with his girlfriend on the front porch, the car came down the road and stopped right in front of the house, as soon as the topic of UFOs entered their conversation. Easley could feel the man looking at them. When they got off the subject the car left, but when they got back on it about an hour later, the same car came back again. It was as if the driver could hear what they were saying or read their minds."

All told, between the 11th and the 17th, Easley received twelve weird phone calls – all of which were of exactly the same kind. When Easley answered the phone, all he could hear were strange bleeping noises. It was the end of a very weird – and mercifully brief – period.

As for the reappearance of the MIB in 1972, that's a long and winding story I will relate soon, and which concerns a relative of one of the original witnesses to the Defiance werewolf. Stay tuned...

The Strange Tale of the Defiance Werewolf