Since time unremembered cultures around the world have strived to reach some other plane of existence, to transcend reality as they know it and travel to other mystical or spiritual realms, to push into realms unknown. One of the ways various peoples have attempted to force their way through the veil that separates our reality from others is the use of various concoctions of potent psychoactive and psychedelic drugs. Yet in some cases is there more going on than just a profound hallucinatory effect on the brain? Can a powerful drug of such a type actually help us transcend our bodies and even the reality we know of itself? For years there has been sporadic research done on one such drug, a potent psychedelic compound with amazing effects that users, and even some researchers, believe is having a highly unusual effect on the mind, perhaps even putting them into contact with alternate realities or dimensions beyond our own.

The compound Dimethyltryptamine, or DMT for short, is a naturally occurring drug of the tryptamine family, and is found in a wide array of plants and animals. Although it was only first scientifically synthesized in 1931 and only discovered to be present in plants and certain animals in 1960, the powerful effects of DMT have long been known by the indigenous peoples of the Amazon, who used it as an active ingredient in their traditional psychoactive divinatory brews, called ayahuasca. 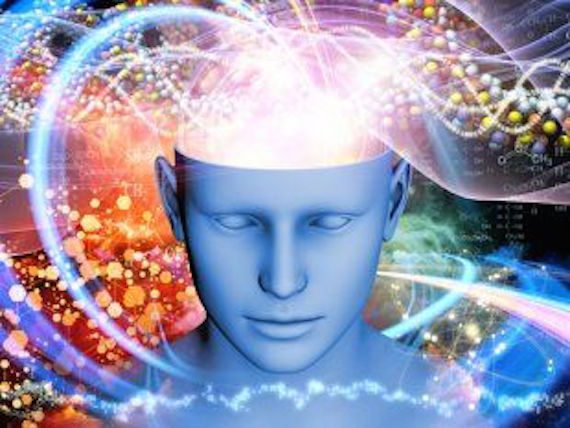 Able to be inhaled, injected, or orally ingested, DMT is notable for its incredibly powerful and intense psychoactive, psychedelic and euphoric effects, which begin almost immediately and fade within 5 to 30 minutes. It is for this reason the drug was once known among users in the 1960s and 70s as the “businessman's trip,” because you could take it before lunch, experience its mind-melting effects, and be ready to go back to work after lunch. Although never particularly popular among the mainstream, DMT has in recent years become notorious for its rather odd and mysterious effects on the human mind, with some claiming that it even allows communication with or peeks into other realms of existence.

Users of DMT are particularly known for finding themselves in extremely realistic alien landscapes, where they uniquely and consistently claim to encounter and communicate with decidedly non-human entities, which are often described as being mostly seemingly benevolent guides or helpers that communicate through gestures, telepathy, or visual imagery including holding up actual signs upon which words are written. These strange beings have been reported as taking on a variety of bizarre forms including aliens, stick figures, clowns, fairies, “self-transforming machine elves,” and indistinct humanoid figures, as well as various plants and animal forms such as reptiles, spiders, bees, mantises, and cacti, among many others.

These bizarre entities appear in otherworldly landscapes saturated with intense, bright colors much more vivid than real-life or even dreams, and which are adorned with kaleidoscopic geometric patterns that can be seen with eyes open or closed, and DMT users say the beings often seem to be waiting for them. In some cases, the entities are reported as probing the user's mind, or even physically examining them when they arrive. What makes it all even more unusual is that after an initial bout of disorientation, the users claim that within the short span of these visions they retain a completely clear and unimpaired mental state, and what’s more they remain absolutely convinced that what they had seen was completely real, not a dream, and that these beings in some way actually exist as something other than mere hallucinations. Users of DMT typically refuse to believe that what they experienced was all in their minds, and remain adamant that it was all totally real.

This phenomenon of encountering non-human intelligences and so thoroughly convincing users of their actual existence is unique to DMT among psychedelic drugs, and it was the focus of scientific research carried out in the 1990s by psychiatrist Rick Strassman. During his experiments, Strassman noted that for the first 2 minutes the subject experiencing intense psychedelic effects and confusion, after which they entered a more relaxed state where they were able to calmly and lucidly describe what they were seeing as they experienced it, with the whole experience lasting around 30 minutes. It was also found that around half of the subjects consistently entered mysterious realms populated by non-human intelligences; a state Strassman described as "freestanding, independent levels of existence."

These experiences were compelling because they were wholly unique to DMT, in particular the frequency with which subjects had meetings with these entities, and they were so incredibly life-like and realistic to those who underwent them. This phenomenon was so strange that Strassman theorized that something similar could be behind stories of alien abduction, and he even mused that it could be indicative of actual contact with some parallel universe or alternate reality, as well as stating that DMT could possibly be a tool for reaching an understanding of the deeper nature of reality and existence beyond the mundane world we know of. He would eventually write of these experiments and theories in his books DMT: The Spirit Molecule and Inner Paths to Outer Space. Is there any way at all that DMT could be altering users’ brains in such a way as to allow them to glimpse and interact with an alternate reality that normally remains unseen? 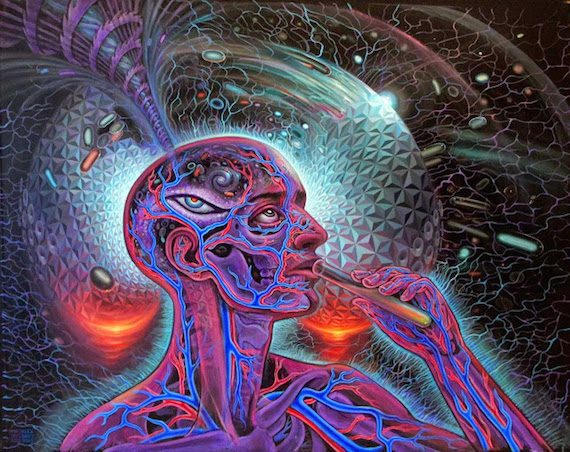 For some, the answer to this is a definite “no,” and that while it is not known why these effects are so unique to DMT, this is all nevertheless just the psychedelic nature of the drug interacting with preconceived notions, subconscious data, lost memories, distorted personal perceptions, and impaired judgment, all filtered through the cracked lens of an over-excited, stimulated visual system and unreliable recollection of the experiences combined with false confidence of what they saw, a willingness to believe, imagination, and “magical thinking.” The skeptical view is that, although DMT is certainly strange and unique, there is no reason to jump to metaphysical explanations such as parallel universes and alternate realities, and that there is no empirical evidence to support such a far-out notion. In an article on the DMT phenomenon on the site Psychology Today, psychologist Scott McGreal called such belief in the drug’s purported metaphysical properties “psychedelic mysticism,” and wrote:

From a hard-nosed scientific perspective, such claims are hard to believe, to say the least. The idea that there are invisible realities inhabited by intelligent entities that cannot be detected by any empirical means but can be perceived only by people who are in altered states of brain chemistry is difficult to reconcile with a modern scientific worldview. Strassman expresses a more general belief in what I would call psychedelic mysticism. This is the belief that psychedelic drugs including LSD and psilocybin, as well as DMT, can provide true insights into the deeper nature of reality. For example, after using these drugs, people may become convinced that there are realities beyond the everyday one, that there is life after death, and that there is an objective spiritual presence in the universe.

For others, the phenomenon indeed does hint at things beyond the boundaries of our normal perceived world, and that it is worth further investigation. There are a variety of theories floating around as to what these entities could be, such as that they are embodiments of some aspect of the person’s mind or personality, as well as that they are non-material, spiritual components of the self, projections of the universal subconscious, supernatural inhabitants of the realm between life and the afterlife, or actual real independent beings from another dimension or parallel reality, but there is no real evidence for any of these. 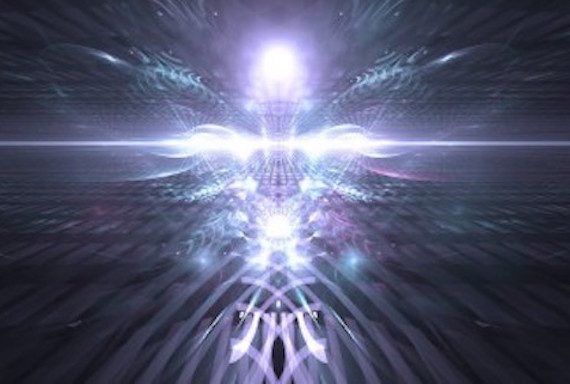 There are perhaps some ways to scientifically obtain evidence of the entities being objectively independently existing beings in a real separate place. For instance, an experiment could be devised to somehow glean from these strange beings some sort of new information that the DMT user could not have possibly known, or to have them perform a skill or demonstrate a task such as an advanced mathematical equation that the user would not normally be able to complete on their own. Another way would be to have disparate DMT users take detailed, long term journals of what they see, and these accumulated experiences could be compared in order to detect any commonalities, similarities, or consistencies between them, as one would expect if these are indeed actual independent realities existing on their own somewhere beyond our normal senses.

It is no surprise that psychoactive and psychedelic drugs can provide powerful hallucinatory experiences, and indeed this is why they have long been used by various cultures throughout the world for the mystical purpose of divination, out of body travel, healing powers, and connecting with the spiritual realm, ranging from the “vision quests” of the Native Americans to the mystical brews of the Amazon Indians. However, is there something more going on in some cases? Does the phenomenon of DMT experiences point at something beyond our understanding and even our reality? In the end, something definitely strange is going on with the persistent reports from DMT users of these very realistic entities and their worlds, but just what that is will likely remain open to debate for some time to come. While the debate will go on and further research might provide some answers, in the meantime it is interesting to think that we might already have that key to other realities that our kind has long sought.