It was just six years ago when humans were last in control of Nihonmatsu, Soma and other Japanese cities near the Fukushima Daiichi power plant. That’s when a tsunami caused a meltdown at the facility, releasing the largest amount of radiation into the air and water since Chernobyl. While leakage continues into the ocean, sending contamination around the world, government officials are trying to get people to move back into their homes in towns near the plant. Unfortunately, those towns are now ruled by rowdy radioactive boars. 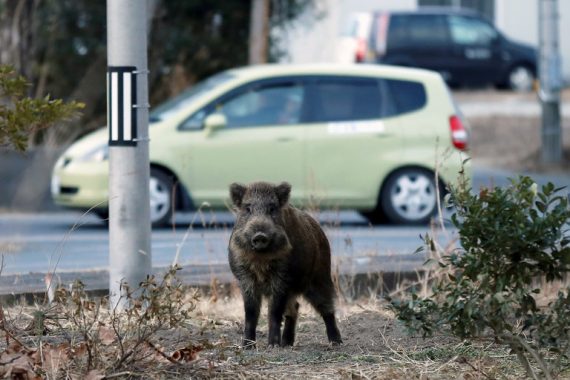 It is not really clear now which is the master of the town, people or wild boars.

Tamotsu Baba is the mayor of Namie, located 2.5 miles (4 km) from the nuclear plant and one of four formerly evacuated towns in the exclusion zone area that are scheduled to be re-opened by the end of March for human residents to return. Before that can happen, the towns must be rid of, or at least made safe from, hundreds of radioactive wild boars that came down from the nearby hills, ate the left-behind food and the growing population of radioactive rats, and now control the cities. Mayor Baba is clearly worried.

If we don't get rid of them and turn this into a human-led town, the situation will get even wilder and uninhabitable. 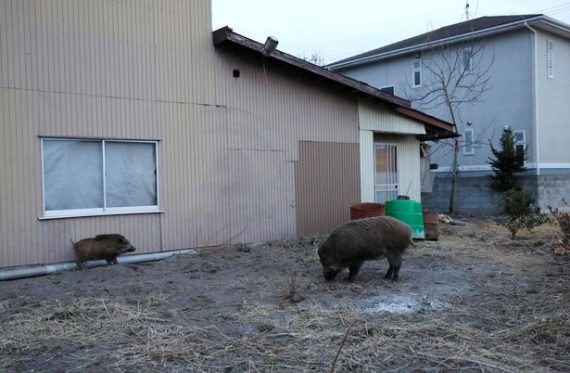 Why not just send in hunters (in protective gear, of course) to wipe of the bad boars? That has been going on for some time in Tomioka, another one of the towns officials are trying to lure people back to. They’re finding that the radioactive boars – some have levels of radioactive element caesium-137 that are 300 times higher than safety standards – are reproducing faster than they can kill them. While they’ve managed to exterminate 800, the number grew in the last three years from 3,000 to 13,000.

Then there’s the matter of disposing of the contaminated carcasses. Soma, one of the four towns, set up special incinerators to burn the boars and filter out the caesium-137, but they have few willing workers (gee, I wonder why) to toss them in and clear out the ashes. Nihonmatsu, the fourth town, has three mass graves to dispose of 1,800 boars and they’re filling up fast with no room for expansion.

It’s important to set up an environment that will make it tough for the boars to live in,

The local Fukushima government did what local governments do – it published a guidebook to help public officials get rid of the radioactive boars. Suggestions included setting up traps and using drones to scare them off. Good idea … scare them into other evacuated towns.

Before the disaster, the local residents loved eating wild boar and probably had plenty of recipes for it, but this is a recipe for disaster. Feral hogs and boars in urban areas are nearly impossible to fully eradicate and who knows what the radiation has done to the already wild minds of the wild boars. Are the people of these four cities brave enough or desperate enough to move back and attempt to live with them?

Who would have thought that the radioactive creature to ultimately take over Japan would not be Godzilla but Boarzilla? 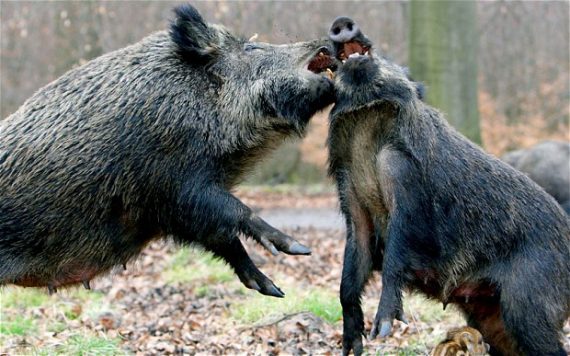