Science Proves Your Dog is Lying to You

Anyone who has owned a dog has long known it to be true, but now science has confirmed it: your beloved canine companion is totally lying to you. A team of researchers conducted a study to determine if dogs were capable of deception and found that yes, dogs can deceive others to get what they want.

The study was led by Marianne Heberlein, an animal cognition researcher at the University of Zurich. Speaking to the CBC, Heberlein claims that based on the results of her new research, dogs are capable of a simple kind of tactical deception:

They really have the capacity from the cognitive aspect to use such a strategy to have a benefit in their lives. It's tactical deception, basically.

In this study, the researchers assigned two human partners to each dog and asked the dogs to lead their partners to three boxes which contained a sausage, a dog biscuit, and nothing. One human partner kept the food to herself, while the second gave the dog the treats. After one day, the dogs consistently led the food-keeping partner to an empty box while leading the other food-sharing partner to the sausage.

According to the team’s publication in the journal Animal Cognition, this shows that the dogs in the study were quite capable of deceiving the food-keeping partner in order to ensure their own sausage-based success:

Considering the element of novelty introduced in the test situation and the dog’s rapid demonstration of a ‘deceptive’ strategy, we conclude that the dogs had at least a certain understanding of how their behaviour could affect the behaviour of the human partners. They seemed to choose a behavioural pattern that would give them the highest chance of obtaining their preferred food later.

Well, duh. Who doesn’t want to eat more sausage? You show me that person (or dog) and I’ll show you a liar.

Continuing research is showing that animal intelligence might be more sophisticated than we think in many species. With all of the new brain-to-brain tech being developed, it might not be long before we can communicate directly with our brethren in the animal kingdom. We’ll really get to see dog deception once those sneaky, filthy beasts can talk to us. I don’t care what my shih tzu says, we’re not going to binge watch the documentary series Dogs with Jobs. Wait...dogs...with jobs? Like, people jobs? 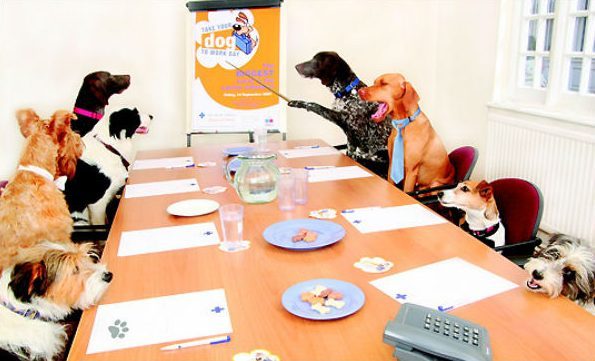 The Problems with Lake Monsters