Scientist Shows What Space Aliens Will Really Look Like

If you were disappointed that former president George W. Bush wouldn’t tell Jimmy Kimmel what he knows about space aliens or even just paint a picture of one, a scientist has come up with descriptions of what creatures on red dwarf planets should look like and commissioned an artist to paint them in 3D. If your money is on big heads, black eyes, skinny bodies and long fingers, better hedge your bets. 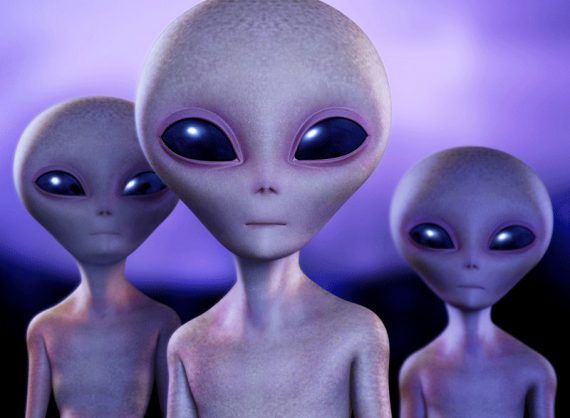 Dr. Brian Choo of the School of Biological Sciences at Flinders University in Australia believes planets orbiting red dwarfs – which make up 75 percent of the known stars – in the so-called Goldilocks or temperate zones will have the best chance for sustaining life forms. However, the conditions will be harsh compared to Earth and the creatures won’t be humanoid.

Dr. Choo sees the aliens most resembling Earth amphibians and turtles. His design starts with a back shell to protect the creature from the sun’s heat and radioactive rays, which may not have a thick atmosphere to block them. However, the skin that’s exposed would most like be transparent or translucent in order to be able to absorb as much light as possible from the narrow bandwidth generated by a red dwarf. 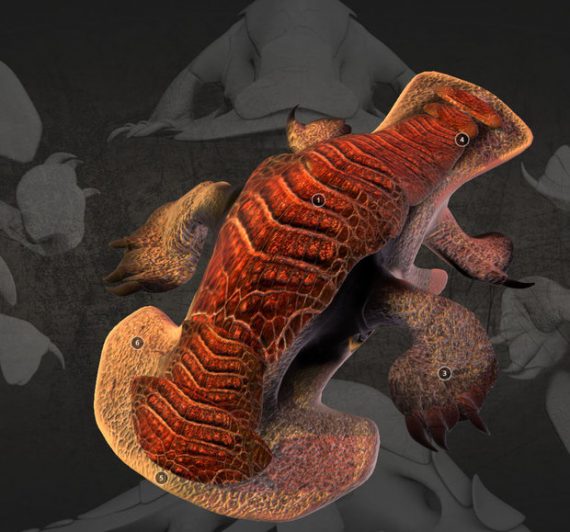 That strong sun may keep plant life from getting too large or tall, so the mouth of the creature would be on its underside, close to food sources. With the food being on or in the ground, the creature would have legs or appendages for scooping and digging. Staying low to the ground would also protect the creature from the other dangerous weather condition – wind. 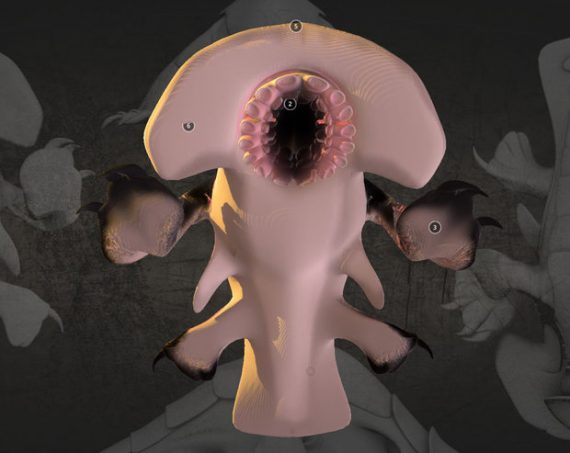 Since the creatures won’t necessarily be born ready to deal with these harsh conditions, Dr. Choo sees them starting out in the scarce water locations near melting glaciers. There they could remain cool, fed and protected until their shells and legs were ready for land life. The wide tail and fins from the amphibious larva stage might remain in some form in the adults.

Choo also has some ideas on alien plant life on red dwarf planets. He sees some resembling a cactus or other succulent plants in order to store water. Others would resemble mushrooms in order to live protected underground. With little chance for birds or flying insects like bees, he sees dispersal being dependent on the wind, necessitating seeds having some sort of propelling mechanism.

Dr. Choo gave his descriptions to artist Steven Grice, who came up with the incredible depictions of possible alien flora and fauna.

Is this what life looks like on the new planets discovered recently? Until George W. Bush paints some images or the aliens already here take some selfies, it’s the best we have to go on.