Scientists Are Only Two Years From Creating Synthetic Life

Where would we be if there was no more yeast? Would life be worth living without bread and beer? Fortunately, scientists at the Synthetic Yeast Genome Project are working on making synthetic yeast. In addition to saving our pizza and pilsner (not to mention our port, since wine making needs yeast too), they would also have created the world’s first synthetic life form. Which is the bigger deal?

According to seven new studies published this week in the journal Science, the Synthetic Yeast Genome Project team has synthesized six of the 16 chromosomes in the yeast genome. That puts them over one-third of the way to making synthetic one-celled Baker’s yeast, a goal they expect to reach in less than two years.

Sounds like the Nobel Prize should go to BioStudio. 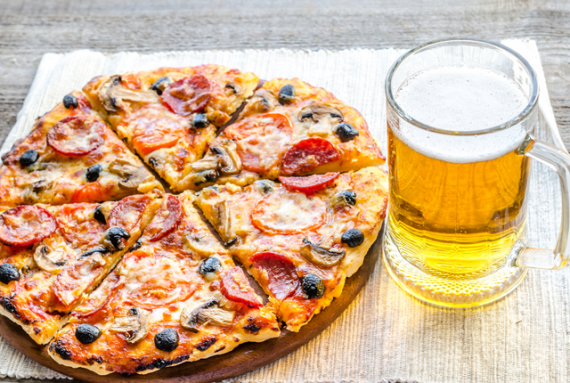 Does this mean we’re just two years away from synthetic beer and pizza? Not quite. Once the synthetic DNA has been perfected, the rest of the yeast cell still needs to be synthesized. However, the DNA is the key to what the synthetic “designer” yeast cell can improve – medicines, vaccines, biofuels and nutritional products. In addition, the technology will make it easier to create larger life forms.

What does this mean for fans of using CRISPR to edit existing genomes? Johns Hopkins bioengineer Joel Bader, author of one of the studies, thinks they can complement each other.

Sometimes you see something someone has written and it has some mistakes, so you want to edit it. Sometimes it’s so far off you need to start from scratch.

And sometimes you just want things to slow down so we can consider the ethics before it’s too late. Hank Greely, a bioethicist at Stanford, describes the ethical challenge of creating synthetic life.

We live in a world where already everything we eat was engineered by our ancestors and we regularly, easily talk to people hundreds of miles a way. Civilization is about playing god. The question is not whether to do it, but how to do it in smart ways. We need to figure that out.

It all started with a desire for better beer and pizza.