Sicilian Fishermen Are Being Terrorized by Dolphins

The situation is no longer sustainable, every night in the sea, there is a war for survival.

Fishermen in Sicily are threatening to go on strike and not for better prices or more docks. They’ve called this strike because they’re being terrorized by dolphins that are eating all of the fish and seemingly mocking them to do something about it.

We hear the snorting of the dolphins and begin to shake. There are no more fish for us. They come out from the water and show us their grins.

Vincenzo Giuffre, a 25-year veteran of dragging nets around the Aeolian islands in the waters north of Sicily in a effort to catch squid, explained in an interview with Repubblica Palermo why he and his fellow fishermen have called a strike. He claims that most boats could haul in 25 pounds of squid per day but the grinning dolphins have depleted the waters so much that he can barely bring in three pounds.

Is going on strike really the best way to get back at terrorizing dolphins? Won’t that just leave more squid for them? It seems unfair to call this a “war” or even a “natural disaster.” Joseph Spinella, vice president of Co.Ge.Pa, the local fishing consortium, says there are 119 five-meter-long (16-foot) boats fishing in the Aeolian islands waters on any given day. According to wildlife conservation experts on Filicudi, one of the eight islands, there are around 100 dolphins competing with the boats, divided about equally between bottlenose and Stenella streaked or striped dolphins. The bottlenoses feed near the coasts while the others are out in deeper waters. 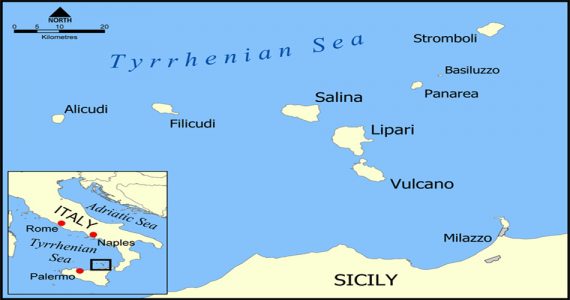 The fishermen feel an increase in dolphins, but it does not. The problem is that decreased in sea fish and cetaceans moving towards boats to eat.

Tell that to a fisherman with empty nets staring at the face of a sneering and snorting dolphin. It’s not just the dolphins terrorizing them either. Locals sympathize with their loss of income but don’t want the fishermen to kill the dolphins just to catch more squid.

Is there a way for everyone and every dolphin to just get along (no one cares what the squid think)? Blasi proposed equipping some boats with acoustic concealers called pingers that may drive the dolphins away from the boats. On the other hand, the dolphins may get used to the pings and come back with meaner sneers and snorting louder than ever. Can an equitable man-dolphin solution be found before this war escalates? If the dolphins win, will news of their success spread to marine animals in other fishing areas? Is it time to go vegetarian?

We hear the snorting of the dolphins and begin to shake.