Strange Fish Are Evolving to Live on Land

Why did some fish flip out of the water 400 million years ago and evolve into land creatures? We may soon find out … with our own eyes. Researchers in Australia have discovered several species of tropical fish that seem able to survive out of water for long periods of time and do it by choice, particularly during high tide. This can’t be good.

Our study of blennies on Rarotonga is the first to examine the pressures driving fish out of the water.

Evolutionary ecologist Terry Ord from the University of New South Wales seems to agree that this can’t be good. He’s the co-author of a study in The American Naturalist which details a research project on four species of blennies, an odd-looking eel-like fish that typically spends most of its time on the sea floor. However, the blennies around Rarotonga, the largest of the Cook Islands in the South Pacific Ocean, have been found far above the sea bed -- on land, and particularly during high tide. While these blennies still breathe through their gills, they mange to get oxygen on land from ocean spray and small puddles.

As the tide came in and the rock shelf became submerged, most of the blennies moved to higher ground, above the high tide mark, apparently to avoid being eaten by the aquatic predators coming in with the rising water.

These smart fish are getting out of the water to escape the flounders, groupers, wrasses and moray eels that feed on them. This is not a random occurrence but one that has been observed regularly at high tide. But is the seaweed truly greener on the other side of the water? Aren’t there predators on land that might like a blenny and chips minus the chips? 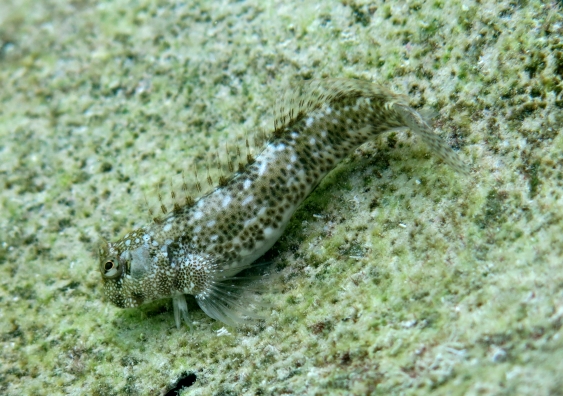 Ord notes that South Pacific islands don’t have much wildlife on land, but they do have birds. His team spread 249 plastic blennies on the land above the high tide mark and in the water for eight days. Both land blennies and fishing enthusiasts will be pleased to hear that the flounders and groupers ate the plastic blennies while the island birds basically ignored them.

Before these blennies evolve longer fins to pat themselves on the backs for this seemingly smart evolution, won’t the birds evolve into blenny-eaters? It seems like they’re safe for now since the bird population is so low and humans aren’t using them as bait or food -- just pets. That may change if these evolved blennies learn how to crawl out of aquariums. 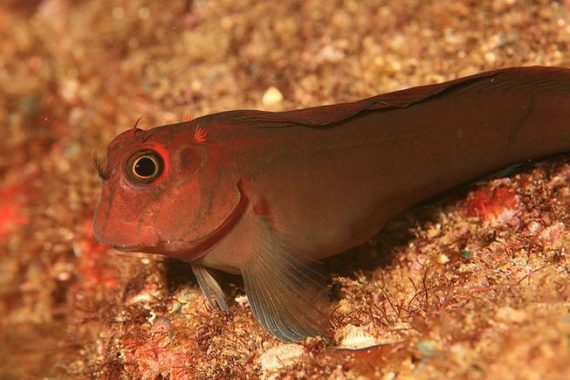 The good news is that the blennies are leaving the water for land to avoid getting eaten, not to escape pollution, nuclear runoff from Fukushima or waters getting too uncomfortable due to climate change.