The Ayahuasca Journey: The Good, The Bad, and the Ugly

Each year, as many as tens of thousands of tourists travel to Peru, many of them in search of ayahuasca, the mystical brew said to cleanse and heal both body and soul.

A hallucinogenic tea brewed by South American shamans, ayahuasca is revered by many as a sort of mystical “gateway drug”. In recent years, it has also become a lucrative enterprise; tourists that flood to countries like Peru every year by the thousands are charged staggering fees, sometimes as much as $3000 per individual, to go to a week-long retreat where small groups of tourists are brought to fast, and experience the often life-changing effects of the sacred yage brew. 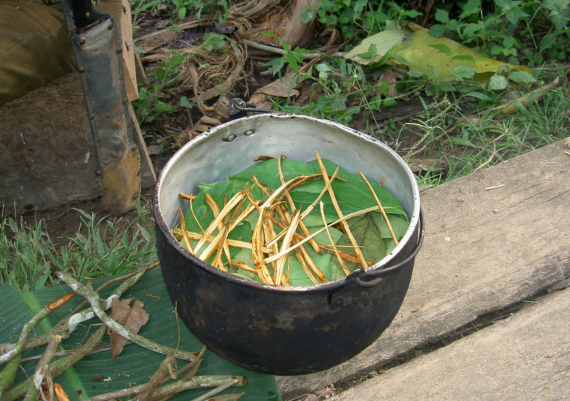 Ayahuasca is illegal in the United States, with the exception of a Peruvian spiritual retreat in Elbe, Washington called Ayahuasca Healings, which was granted church status in the United States in 2015. For this reason, those seeking to undertake the hallucinogenic “transformation” associated with ayahuasca often travel out of the country, making countries like Peru an increasingly popular international adventure destination.

Those embarking on such ayahuasca journeys should exercise caution, however. The controversial death of 24-year-old New Zealander Matthew Dawson-Clarke, who went to Peru and died as a result of likely nicotine poisoning from a beverage he was given as part of the ritual, has stoked the fires of controversy surrounding ayahuasca once again.

Dawson-Clarke's death subsequently prompted Australian television journalist Hamish MacDonald to venture to Peru, compiling a recent televised report on the incident for his ABC News program Foreign Correspondent. The poisoning is believed to have resulted from a strong, tobacco-based tea Dawson-Clarke consumed.

Ayahuasca didn't become well known in western culture until the 1950s. The early, and very interesting name for the brew was “telepathine,” named for the strange, seemingly psychic effects professed by the shamans who drank it. Because of the rumors about its alleged otherworldly powers, the Catholic Church waged holy war against it, labeling its hallucinatory effects "demonic."

Today, although ayahuasca is the most popular name for the brew, other regional names throughout South America include yage, natem or caapi, borrowed from the official name of its active ingredient, Banisteriopsis caapi. This vine (commonly referred to as liana) paired with plants which may include Psychostria viridis and Diplopterys cabrerana that provide the active hallucinogen dimethyltryptamine (DMT), work with the liana vine's MAO inhibiting harmana alkaloids that allow the DMT to become orally active.

Among the most common physical effects of ayahuasca consumption are vomiting and diarrhea, which are associated with the ceremonial "purge" or "cleansing" by the practitioners that use it. Apart from this, among the primary dangers associated with its consumption are the potential for harmful drug interactions between prescription medications, and the MAO inhibiting components found in the tea.

While the persistent concerns about ayahuasca remain an item of debate, there is some medical literature that suggests its consumption can be beneficial, leading to a number of lasting positive effects. Studies pertaining to the consumption of ayahuasca used in Brazilian religious ceremonies linked lower levels of depression to many participants. Other studies, bearing similarity to popular studies with psilocybin, the active ingredient in hallucinogenic mushrooms, indicate that ayahuasca consumption has helped treat depression, anxiety, and even addiction (an effect similar to the anti-addictive properties associated with ibogaine).

Though still largely viewed as an exotic novelty popular among new age tourists, the verdict is still out on whether ayahuasca's beneficial qualities can be fully realized in Western Culture, and perhaps incorporated into innovative forms of therapy in the future.

Strange “Super Groups” of Humpback Whales Are Suddenly On The Rise