Venus Rover to be Powered by 2,300-Year-Old Mechanism

After lying on the bottom of the Mediterranean Sea for over 2,000 years -- an ignominious end for the first analog computer which was used to predict astronomical positions and eclipses -- the Antikythera mechanism is back in business with a new mission … to Venus. NASA announced that a group of engineers is designing a new rover around the ancient computer as a way to keep it working in the harsh Venusian climate. In simple terms, it’s a “automata.”

In this age of computers and artificial intelligence, why would NASA turn to such a primitive version for such an important mission? Longevity, says Jet Propulsion Laboratory engineer Jonathan Sauder, who proposed the idea in 2016 and recently received a NASA Innovative Advanced Concepts grant to go forward with its development. 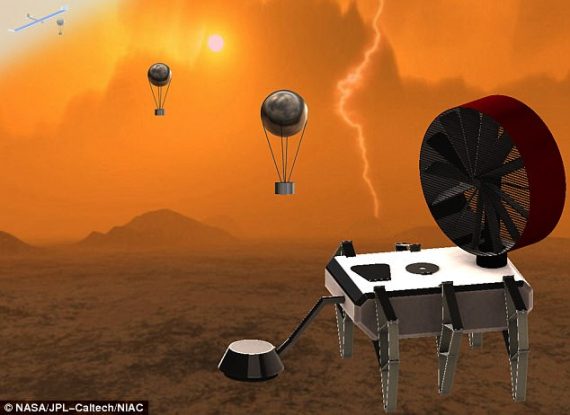 Only a handful of Soviet Venera and Vega landers and a Pioneer probe have successfully reached the surface. The robust landers only survived 23 to 127 minutes before the electronics failed in the hostile environment.

The Automaton Rover for Extreme Environments (AREE) is designed from the ground up using hardened materials and mechanical devices instead of sophisticated but sensitive electronics and computers. All components will be made from high temperature alloys that are resistant to metal-eating clouds of destructive sulfuric acids reaching 450 degrees C (842 degrees F). 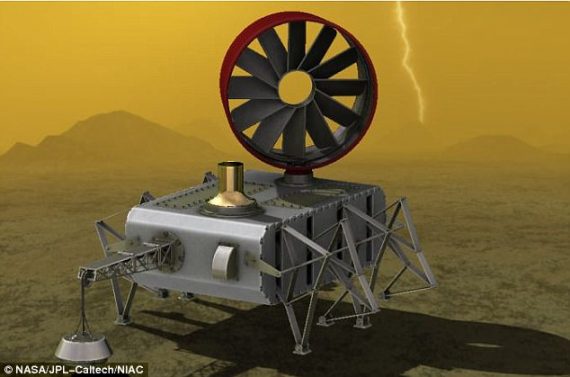 That takes care of the hardware. What about the software?

According to Sauder, the rover will be wind-powered. While upper atmospheric winds can reach 360 km/h (220 mph), the wind on the Venusian surface is a constant but gentle 10 km/h (6.2 mph). That wind will drive a turbine whose energy will be stored in a constant force spring which will power the new-and-improved Antikythera computer which will control and send instructions to the rover’s mechanical legs. Just like on Earth over 2,000 years ago, the mechanical mechanism will collect data and store pertinent data. 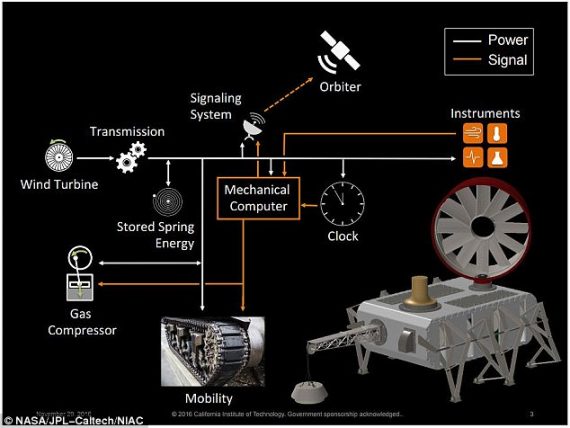 The hard part will be getting that data back to Earth. One mechanical option would use a high temperature retroreflector which would send light signals – a concept already being used on some satellites. A more Goldbergian design involves cutting grooves in a disc (think phonograph), then sending a balloon with the disc attached to a high-altitude drone which would read it and transmit the data back to earth. 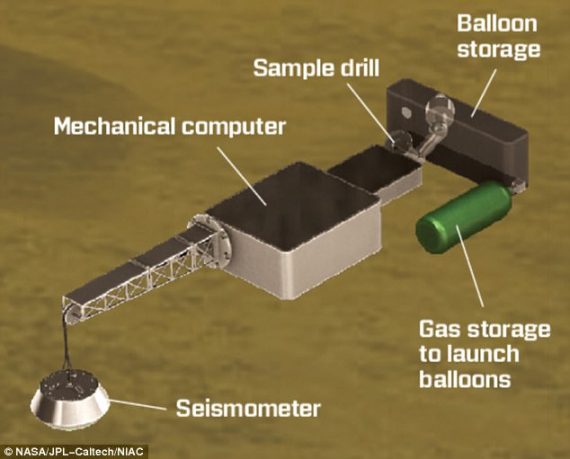 Will this Automaton Rover for Extreme Environments really perform on Venus? Well, the Antikythera mechanism technology has been used for over 2,000 years, so that’s proven. The tough alloys exist, turbines and springs are common, the wind-powered legs have been demonstrated by artist and kinetic sculptor Theo Jansen and the balloons and phonograph records plan sound crazy but that hasn't stopped NASA before.

The computer may be ancient and the design may be from Rube Goldberg, but it just might work!

Mysterious Deaths in Manchester: Who Was the Hanging ‘Pylon Man’?