Warning: Mammals Shrink When the Earth Heats Up

If we can’t agree on the cause of global warning, we should still fear the consequences. If you don’t yet, perhaps this will change your mind. A new study found that mammals got significantly smaller twice in Earth’s history, and both times it coincided with a significant rise in global temperatures. Will shrinkage finally force some action on climate change?

It's something we need to keep an eye out for. The question is how fast are we going to see these changes.

That depressing statement is from University of New Hampshire researcher Abigail D'Ambrosia, who led the study on how certain animals got smaller when the planet got hotter. Her report in Science Advances details how she looked at species alive during two known major rises in plantary temperatures: the Paleocene-Eocene Thermal Maximum 56 million years ago and the smaller but still hot Eocene Thermal Maximum 54 million years ago. The animals studied included a small horse ancestor and a lemur-sized animal believed to be the earliest known primate. Fossilized teeth of the mammals were analyzed measure changes.

Those changes were big, even for small animals. D'Ambrosia found that the horse (Arenahippus) shrank by 14 percent, dropping in weight from 17 pounds (7.7 kg) to 14.6 pounds (6.6 kg). which reduced the horse to the size of a cat. While that sounds like a cute pet today, it probably wasn’t good for the species in a time when it shared the planet with much larger and stronger creatures. The primate suffered a 4 percent shrinkage, dropping the poor little monkey from two bites to one for its predators. This was particularly bad from the primate because the study showed it was in an evolutionary growth spurt.

Should we human mammals be worried? The sample set for the study was limited since the fossils all came from one location – the Bighorn Basin in Wyoming. D'Ambrosia says she believes the shrinkage happened around the world but offer no further evidence. The study also implies that mammals living in hot climates need to stay cool and one of the best ways to do that is by reducing size, giving themselves more skin per and to dissipate heat. Larger mammals have less skin per pound so their heat leaves their body more slowly.

Since we’re primates, does the little lemur’s shrinkage mean bad news for us big primates as the Earth gets warmer? We apparently fall into the category of large mammals so D'Ambrosia says no. A little more research might instill more confidence that the pants you just bought won’t need to be shortened any time soon.

On the other hand, there goes a really good excuse for other types of shrinkage. 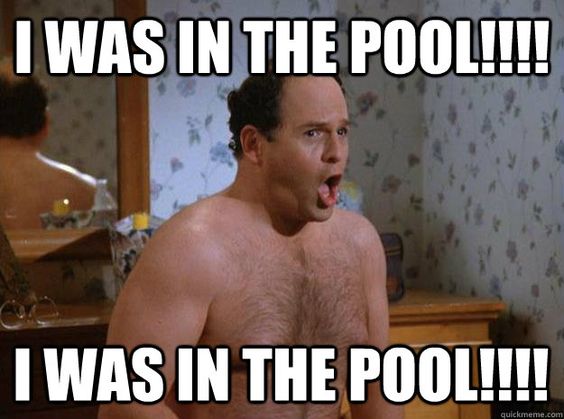