On March 1, 2016, I wrote an article here at Mysterious Universe titled "UFOs: 'The Star-Spangled Cross.'" It began as follows:

If there is one thing which can be said about the UFO phenomenon – and said with a fair degree of certainty – it's that today we don't get the classic 'flaps' and 'waves' that dominated the field of Ufology decades ago. I'm talking about the likes of Washington, D.C. 1952, the surge of UFO activity in 1973, and the Belgian 'Flying Triangle' encounters of 1989-1990. There was also a notable flood of reports in the United Kingdom in 1967 – which is the subject of this particular article.

Declassified files from the British Ministry of Defense reveal that from 1959 to 1966 the MoD received close to 450 reports of UFO activity in U.K. airspace – the vast majority of reports coming from the public, and a much smaller number originating with the police and the military. And 1966 led the pack with 95 reports. However, things changed dramatically in 1967 when the MoD was overrun by UFO reports. The actual figure was 362, which averages out to almost one per day. Although, it should be noted that many of those reports came from October 1967, the month when the nation briefly went UFO crazy. 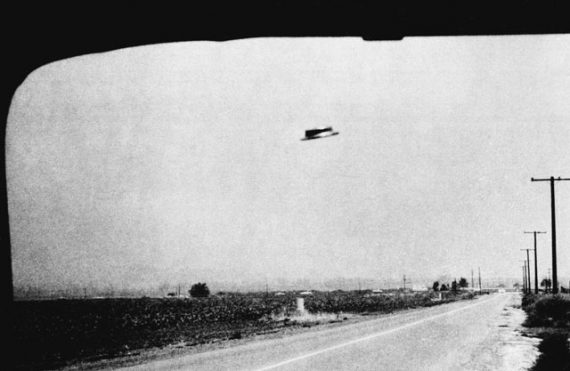 There is a reason why I bring this up now, more than a year later. October of this year marks the 50th anniversary of what turned out to be a massive wave of UFO activity in the U.K. My earlier article described several of the more famous cases that hit the headlines and intrigued the U.K.'s Ministry of Defense, in late 1967. Keeping in mind the 50th anniversary angle, I figure why not share with you what amounts to quite a bit of additional data, in case anyone out there reading this may be inspired to look further into this long-gone wave of encounters - and with plenty of time before the mystery hits its 50th, too.

On October 25, 1967, the Chief Constable of East Sussex, England - George Terry - did something highly proactive. He organized a conference in the town of Lewes, East Sussex, where the local police force was briefed on the then-current UFO activity that was being reported across the U.K. Terry's actions were prompted by the fact that many of the reports which caught his attention came from fellow officers. Terry informed his team that sharing any and all findings with the media was fine, in order to keep things in their "right perspective." 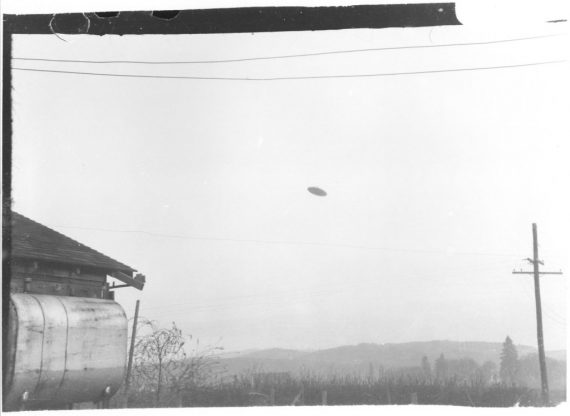 One night later, a large, brightly-lit object was seen above the town of Hastings, England - also in East Sussex. On this particular occasion, the police shared their data with personnel from the Royal Greenwich Observatory. They were said to be "really interested" in this specific report.

It is now quite obvious that there was something visible below the cloud cover. This is an advance. We know now that there is something up there and that something is not Venus.

And the reports continued to flood in: In the county of Oxfordshire, and on the very next night, a pair of "Bobbies" saw two, large, egg-shaped objects flying over a local road. They (the UFOs, not the cops!) vanished at a high rate of speed when they reached a height of approximately 600 feet. Paul Quick - 21 at the time - saw an oval-shaped UFO flying over woods near the West Sussex village of Storrington. Quick watched amazed as the craft headed for the ground on the Sussex Downs. Despite a search of the area by police, no sign of the UFO was found. 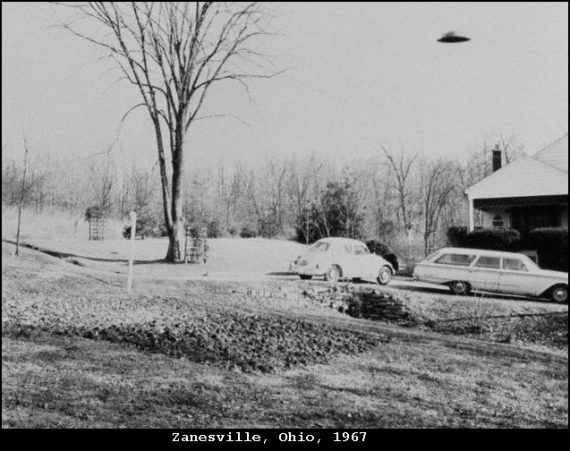 Then, on October 29, the U.K.'s Daily Telegraph newspaper ran an article titled "Police see UFO over Sussex." The article told how a number of officers, including Police Constable Michael Sands, had seen "a silver pinpoint of light" moving at high speed over Lancing Police Station, near the edge of the Adur Valley. And the cases continued to pour in - to the extent that there was even a brief period when the U.K.'s Ministry of Defense mused upon the idea of liaising with the Russians on the UFO issue!

Such waves and flaps seldom occur today, which is why I figure that with the 50th anniversary not far away, now might be the time to take a look back at a strange and brief period when the skies of the U.K. were filled with UFOs. Or, when mass-hysteria was running wildly out of control...

The Mystery of Antarctica’s Blood Falls Has Been Solved