Of all the many and varied road-trips I have been on over the years, one that really stands out in the weird stakes took place late last year. I have to say that September 16, 2016 proved to be highly memorable. Close to midnight on the night in question, me, Ken Gerhard and Jen Devillier headed out on a mammoth jaunt. Our destination was the town of Point Pleasant, West Virginia – for the annual Mothman Festival. The car-journey was around seventeen hours long. But, we are all fans of road-trips, so it was a fun trek across the country. Plus, this was going to be a notable event, as it represented the fiftieth anniversary of the beginning of the Mothman affair. 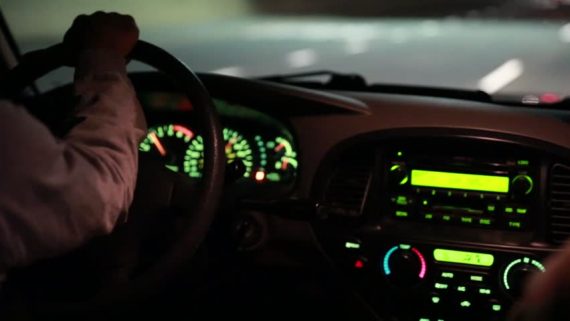 We rolled into town – slightly blearily-eyed and frazzled from a lack of sleep – around 5:00 p.m. We checked into our motel, and then, as darkness fell, headed out to a local pizza eatery. There were about twenty of us there, including John and Tim Frick, who I first met at the September 2014 Mothman gig. Not only do the Frick brothers know just about all of the Mothman intricacies inside out, but they also know the town itself very well, and particularly so the many and varied landmarks which are linked to the story of the famous, winged monster.

Later that night, and around 8:00 p.m., Tim and John took us – along with other friends, including Denise Rector and Audrey Hamilton – to the old, so-called "TNT area," which played such an integral role in the Mothman saga and that of the MIB, too. As we left the pizza place, a full-blown convoy of vehicles followed Tim and John, as we traveled along small, winding, tree-shrouded, roads to the scene of the old and eerie action. No surprise, there was an atmosphere of excitement and anticipation in the increasingly chilly air.

For those who may not know, the TNT area's official title is the McClintic Wildlife Management Area. It's situated around five miles north of the town of Point Pleasant and runs to more than 3,500 acres. At the height of the Second World War, a TNT processing plant was established in the area, with the volatile chemicals used to create it stored in a series of concrete, igloo-like buildings. It was the work of around 3,500 U.S. Army personnel and, at the time, was known as the West Virginia Ordnance Works.

Today, the plant is no more. The only things left now are the crumbling foundations and a couple of sturdy, metal, perimeter-gates and a rusted metal fence. During daylight, it's an inviting and picturesque area, filled with densely-packed trees, a plethora of wildlife – such as deer, raccoons and beavers – and numerous ponds, pools and small lakes. After dark, however, things are very different. The atmosphere of menace, which was so present back in the sixties, is still there – utterly refusing to relinquish its icy grip.

Having checked out what was left of the old plant, we all followed John and Tim to a specific stretch of heavily wooded ground, parked our vehicles, and were given an excellent and atmospheric tour of the igloos and their surroundings. I have to say the whole thing reminded me of something straight out of The Walking Dead: a ruined, overgrown environment, a once bustling area now utterly dead and abandoned, and an almost apocalyptic air that one could practically cut with a knife. The military was nowhere in sight, and the igloos were decaying, covered in foliage, and splattered with graffiti, both old and new.

Me and Denise broke off from the main group and checked out some of the igloos, which was a profoundly memorable experience: the size and shape of the igloos causes a person's voice to echo loudly and very oddly within their dark confines. Plus, we felt a deep sense of malignancy in the old buildings – a sense which was as immediate as it was long-lasting. You could almost taste the menace, if such a thing were possible. Notably, there was some evidence that supernatural rites and rituals had been performed in some of the igloos, which I found most intriguing.

It was near these very same igloos that so many of the Mothman sightings occurred in 1966 and 1967 – involving, it should be noted, witnesses who soon found themselves in the clutches of the Men in Black. Denise and I walked around, in near-darkness, for a couple of hours, with little more than the bright Moon for illumination, taking in the atmosphere and imagining what it must have been like here fifty years earlier. A few scurrying animals and the cries of a handful of geese flying overhead were pretty much the only things that convinced us we hadn’t entered some strange, unsettling, dead world.

After a while, we caught up with the rest of the gang, hit the darkness-filled roads, and headed back to our motels. It had been a cool night of high-strangeness.

Workers Are Becoming Cyborgs to Keep Their Jobs