Are Spy-Planes Afoot? The Latest on Reports of Unconventional Aircraft

For a number of years, a wide variety of reports that involve alleged "mystery aircraft" have continued to surface. While bearing certain characteristics that distinguish them from typical military aircraft, the aircraft in these reports are a cut above your typical "flying saucer" or UFO type object reports.

First, let's recall the aircraft that were observed, and even photographed over Wichita Kansas, as well as the Texas Panhandle, back in the middle of 2014. Described as a "flying Dorito", the flying wing aircraft were photographed on a few different occasions, leading to theories about a possible classified manned penetrating reconnaissance aircraft being utilized by the USAF or some other military body.

However, while the talk of various spy planes remains the dominant theme in the midst of all this, there are occasionally reports that surface which bear more unusual characteristics, at least in relation to the kinds of aircraft and recognized technologies involved.

I received a report on April 6, 2017, describing a possible sighting of such an aircraft, which was seen over Kansas City, as described by the witness below:

I stepped out around midday to get a coffee for a pick-me-up and was able to see a B-2 bomber flying around the area.  At one point it appeared to have stopped in the air for a moment and then shoot off quickly toward the horizon.  In your efforts to find a prosaic explanation regarding black triangles, seeing the B-2 appear to stop in the air and then take off quickly immediately reminded me about the various reports of the black triangle sightings.  Perhaps what is being seen by people who report about black triangles are really updated versions of the B-2.  I could see the bomber clearly because it was a beautiful day and the plane was on a blue sky background.  It was incredible to see the bomber as clearly as I did and was unable to get any pictures.  But imagining the idea of a newer, more capable, version of a B-2 (perhaps a B-3) with the ability to hover does not seem impossible in my mind and is a very plausible explanation for some of the black triangle sightings.

Barring any optical illusions that might have caused the B-2 observed by this witness to appear as though it had been hovering, it is intriguing to suppose that there might be, as the witness suggests, "updated" versions of certain aircraft that possess sophisticated features. Indeed, could such an aircraft (or an updated version of an existing one) account for certain reports of unidentified triangle-shaped objects, especially those observed at night, and under less-than-optimal visual conditions?

As far back as the early 1990s, there has been speculation about a number of supposedly classified aircraft. Almost without question, the most famous of these has been the Aurora, alleged to be a successor to the SR-71, which remained in service until 1998. 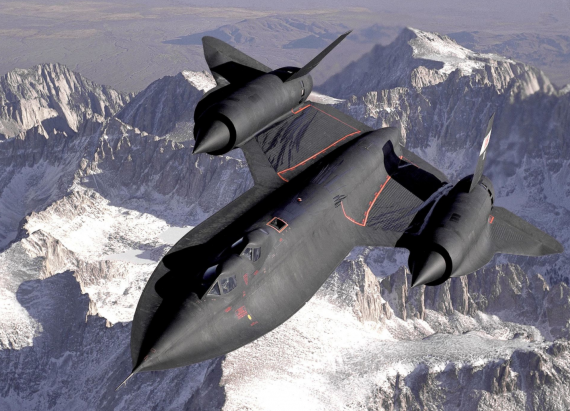 Throughout the 1990s, the Federation of American Scientists had also been featuring a number of updates on sightings of mystery aircraft in their Secrecy and Government Bulletin, overseen by Steven Aftergood. In the January, 1993 edition of the bulletin, an interesting report appeared that discussed the legitimacy of such sightings:

The evidence supporting the existence of something like Aurora, a classified follow-on to the SR- 71 "Blackbird," is surprisingly diverse, though hardly conclusive. At the same time, the evidence against its existence, derived from budget data, official pronouncements, and related policy decisions can not easily be dismissed. (This evidence is compiled and evaluated in an updated, August 1992 version of the FAS report "Mystery Aircraft.") Most recently, Air Force Secretary Donald B. Rice insisted vigorously that no such secret program exists within the Air Force or anywhere else (Washington Post, 12/27/92, p. C6).

If it were true, as reported, that a classified hypersonic aircraft is in operational service, the deepest significance of this fact would not be the existence of the aircraft, but rather the magnitude and audacity of the deception that had been perpetrated to conceal it.

Whether or not the descriptions collected throughout the 90s by the FAS represent a legitimate classified aircraft which has never been revealed on the public level is still a matter of debate. With continuing reports of aircraft today that resemble known varieties, though possessing "enhanced" capabilities such as hovering and other unusual flight behavior, it is hard to rule out the possibility that there could be more in our skies than most are aware of... and that such aircraft, and their unique technological applications, may also have existed far longer than many would expect.