Rock bands are notorious for their excessive contractual demands, from the famous “no brown M&Ms” of Van Halen to Iggy Pop’s order for seven dwarfs to meet him at the door. Now you can add “bring in an exorcist to chase out the ghosts” to the list. A music act scheduled to play an event at the famous Old Granada Studios on Quay Street in Manchester reportedly demanded an exorcist to clear out whatever was messing with their equipment during rehearsals.

After a lot of back and forth and the ultimatum that, unless something was done the act would pull out, an exorcism was our last resort. Without acts, after all, we don’t have a show. 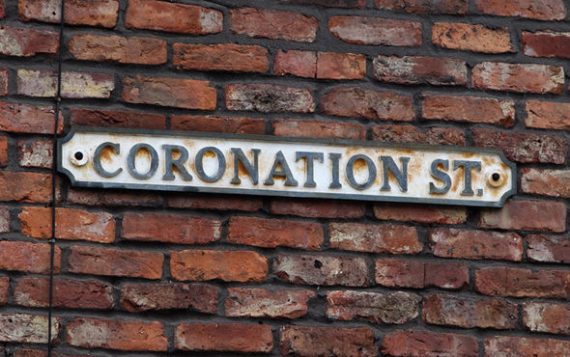 Christopher Wandsworth is the general manager of the GranadaLand Wrap Party, a three-day event set to begin on April 28th that will celebrate the long and storied history of the Old Granada Studios before it’s torn down. The headquarters of Granada Television and later ITV Granada was located there from 1956 to 2013 and it’s probably most famous for being the home of the world's longest-running soap opera, Coronation Street. It was also where in 1962 The Beatles performed for the first time on television.

The GranadaLand Wrap Party lineup will include Take That, Oasis and Lionel Richie tribute acts and an unnamed band that was spooked by strange occurrences during rehearsal.

There was a loud whining coming from one of the amps but when the engineers checked they couldn't find anything wrong. Buttons on the mixer board started moving on their own and lights started glowing really brightly on the amps. We thought maybe it was a power surge, but the engineers said it wasn't possible. One of the performers was really shaken up and left the building in tears.

Wandsworth took the band’s experience seriously because Coronation Street cast members and staff had reported seeing ghosts in the studio for years. A frequent visitor is a spirit with “long dark hair that wears a long coat” that the show’s late creator, Tony Warren, thought was the ghost of Pat Phoenix, who played Elsie Tanner before she died in 1986.

I would smell this great gale of perfume. After Pat (Phoenix) died, one of my dogs – who would always go bananas when Pat came to the house – suddenly started to behave as if she was there again.

An ITV guide reported seeing a child and a woman dressed in Victorian clothes and another woman who floated before disappearing. Then there’s the large amount of historical evidence that the studios were built over an old graveyard. Parapsychologists and ghost hunter TV shows have visited the site.

Not taking any chances with the show, Wandsworth hired an unnamed Roman Catholic priest to perform an exorcism on the soundstage. Well, he sprinkled holy water and told the spirit that it had to leave. That may have been enough since the spooked band is back on the bill and the show will go on, says Wandsworth. However, just to be on the safe side:

Things have quietened down so it looks like it's worked, but the exorcist will be on hand during the performances to keep an eye on things.