It was a very mysterious organism.

That understatement was made by Dan Distel of Northeastern University’s marine science center and co-author of the new study published in the journal Proceedings of the National Academy of Sciences about the discovery of five-foot-long giant shipworms that had not been seen alive for hundreds of years until a Philippine TV station showed a documentary on strange mollusks that survived in mucky lagoons by living inside upright elephant tusk-like shells. When a long slimy creature was pulled out of one, researchers like Dan Distel shouted, “That’s our giant shipworm!”

It’s sort of the unicorn of mollusks.

Margo Haygood, a marine microbiologist at the University of Utah and study co-author, says the giant shipworm has been known about for hundreds of years but has only been studied using shell fragments and mushy old specimens preserved in museum jars. Named for their diet of wooden boat pieces, they hadn’t been seen alive since boat builders moved away from wood. After seeing the documentary, the biologists contacted colleagues in the Philippines who slid some slimy shipworms into PVC pipes and shipped them to the U.S.

I’ve been studying shipworms since 1989 and in all that time I had never seen a living specimen of Kuphus polythalamia. It was pretty spectacular to lift that tube out of its container for the first time.

Giant shipworms or Kuphus polythalamia are the longest marine bivalve mollusks in the world. The only black shipworm (the rest are pink, beige or white) can reach 5 feet long, 2 inches wide and … well, that’s about all that was known about these clams until Distel cut one open. Beyond a mouth and small stomach, the giant shipworm is mostly gills filled with bacteria … microbes that helped the mollusks digest wood. However, instead of wood, the biologists found these bacteria filled with sulfur ... and a horrendous rotten-egg smell.

This surprising discovery actually proved a theory Distel developed in 2000 about mussels living around deep sea vents. He hypothesized that these creatures and their bacteria evolved to live on the sulfuric compounds emitted from the vents. In a similar way, the giant shipworms and their bacteria may have evolved from wood-eaters to consumers of hydrogen sulfide from rotting wood and other organic materials in the lagoons.

The good news is, the biologists now have living giant shipworms to study. The bad news is, those shells sell for $200 apiece. To protect them and their slimy contents from collectors and poachers, the exact location of the giant shipworm lagoon will remain a closely guarded secret.

Being the unicorn of mollusks, Disney is probably already working on a cartoon version. 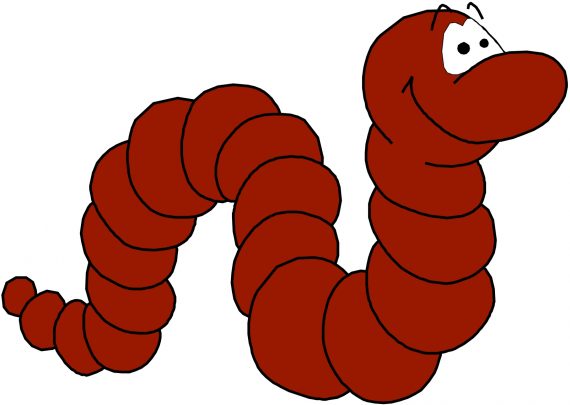