Forget the robots and the Reptilians … it looks like the real overloads getting ready to herd humans into collectives are the beavers. A rancher in Canada was stunned when 150 of her cattle followed a single furry flat-tail into a pasture. Sure it’s just cattle and not humans, but have you been watching the elections lately?

We just thought this was so funny and so Canadian. A Canadian beaver leading around a bunch of Canadian cattle just makes it even more funny.

Saskatchewan rancher Adrienne Ivey thinks it’s funny now but she wasn’t so sure at first when she and her husband went looking for a large number of their cattle and found this instead (from her website):

Because heifers are young, they are very curious creatures. They were absolutely enthralled by this wayward beaver travelling across their stomping grounds.

For you non-farmers, a heifer is a young female cow who hasn’t had her first calf yet. This apparently makes them vulnerable to the musk of any male meandering across their meadow.

They're a curious bunch. They're kind of like teenagers. And I think they were following this thing around because they couldn't figure out what the heck it was.

Ah, teenagers … in cow years, of course. Sociobiologists believe that the primary cause of herding behavior is not fascination but protection. Many animals that form herds look to one of their own – a “control animal” – to lead them to safety or form a large tight bunch that will scare off predators. Domestication takes advantage of that instinct but messes with it as well. Herders on a cattle ranch ignore natural hierarchies and mix together ages and sexes in ways that would not be advantageous in a protective grouping. 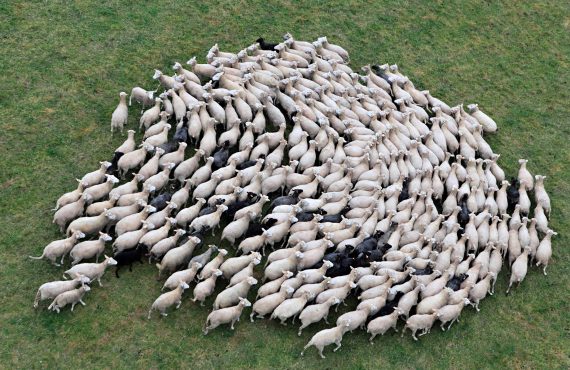 That’s where the need for herding help comes in. The most common herders are dogs with natural herding instincts that are refined for specific animals and situations, such as the Australian Cattle Dog, the Cardigan Welsh Corgi, the Border Collie and any dog whose name includes the word “Shepherd.” 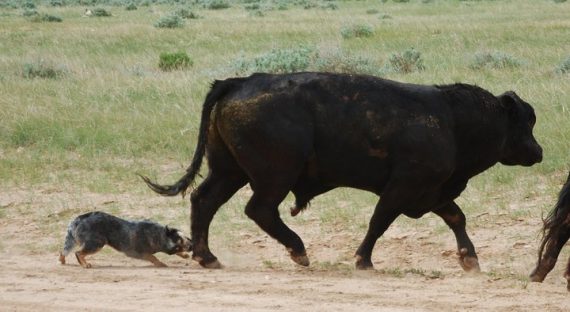 Was this just a case of heifers distracted and attracted by a new thing … a furry “bright shiny object” that drew them into an unnatural collective? Or is it something more sinister that could be an indication that herd behavior is changing among animals and possibly even humans? The most cited unnatural or irrational herd behavior in humans is in the stock market, where emotion supersedes logic as people chase bubbles and flee crashes. Has that type of behavior migrated to elections, town hall meetings and other collectives where emotions run high?

Has "follow the leader" been replaced by "follow the beaver"? Perhaps it’s time to ask this question … who is your beaver?