While “Cannibal Superslugs” would be a great name for a band, British metal groups may want to hold off using it until entomologists can figure out how to rid the country of giant gastropods known as Arion vulgaris that are mating with native slugs and creating new hybrid superslugs that eat crops, dead mice and occasionally each other. You may also want to avoid naming your band Giant Gastropods or Arion Vulgaris.

It’s believed the six-inch-long slugs first emigrated from Spain in produce shipments somewhere around 2010 but were fortunately wiped out by Britain’s cold weather. Unfortunately, they’ve been brought back again and this time they’ve mated with the smaller but hardier native slugs and their offspring have inherited the British slugs' frost resistance. In fact, the superslugs are taking on the worst characteristics of both species in a process known as heterosis or hybrid vigour (another potential band name). 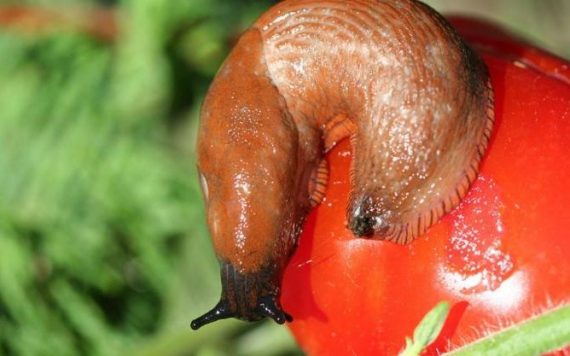 What hath heterosis hatched? In addition to being able to survive in both hot and cold climates, the superslugs breed twice as fast, produce a lot more slime (making them less palatable to predators), will subsist on dog feces or other slugs when crops aren’t available and can eat up to 20 poisonous slug pellets – enough to kill 20 British slugs – without dying, making them the Rasputins of gastropods.

According to Dr. Leslie Noble from the University of Aberdeen, the superslugs are on their way to breeding the native species out of existence.

When they hybridise, the British native slugs get swamped by the invasive genes. It's like adding a large amount of white paint to a black pot. It starts to go grey and eventually, if you add enough, it goes white.

Do these superslugs have any kryptonite? Fortunately, yes. Like other slugs, Arion vulgaris have an affinity for beer. Most gardeners know that a small dish of beer is enough to attract slugs, which then fall into the brew and drown. 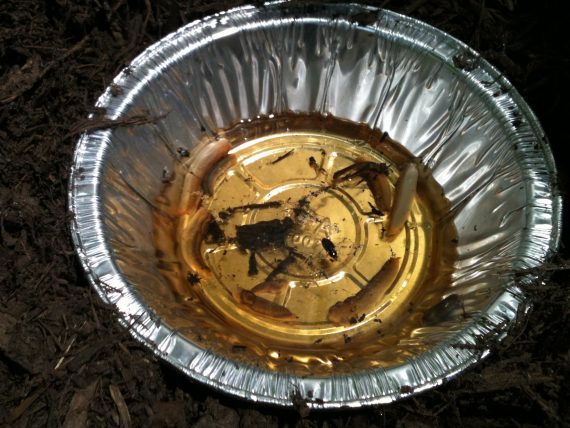 However, a 6-inch (150 mm) slug needs a LOT of beer in a dish with a pretty deep end for drowning. They apparently are beer snobs as well. Dr. Noble says home brews work best. If you don’t have the time or affinity to be a craft brewer catering to slugs, he says a yeasty ale is the next best slug-slaying brew.

If your British metal band is still looking for name, the Slug Slayers might be a winner.