Here’s some news out of Iran that has to do with winds that aren’t the winds of war. A strong dust and sand storm in late March uncovered ruins and relics from an ancient lost city in the remote Fahraj Rural District in Kerman Province in southeastern Iran. The relics include pottery and bones and the area is now under police and military protection until their significance can be determined. 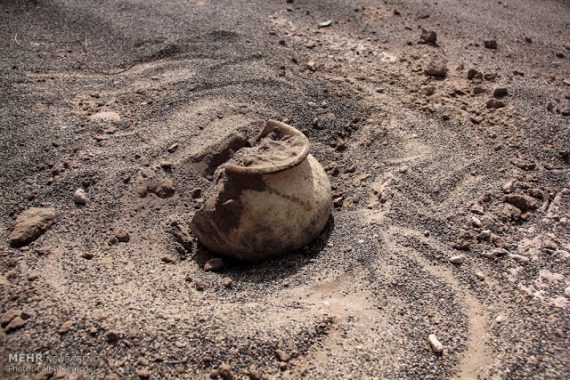 It is the first time that such ruins have emerged so there is no precise data on their age and history.

According to the Tehran Times, Hamid Rouhi, the deputy head of the provincial ICHHTO (Iranian Cultural Heritage Handicrafts and Tourism Organization) believes archeological analysis will show that the city is from the early Islamic Middle Ages (661-1508 CE). While much of the site is still buried, it must be kept under heavy guard because Kerman Province and its capital city of Fahraj are densely populated and popular tourist destinations due to their many other ancient historical sites. 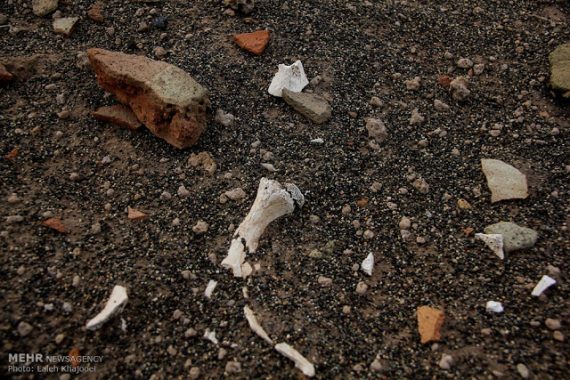 While the locals would like to get this new site designated as ‘historical’ and tap into those tourist dollars, Mohammad Vafaei, the head of the provincial ICHHTO, says that will take time.

One cannot claim that an area is historical as soon as several objects appear from under the ground after storms and floods, since they might have been carried from other regions by water or storm.

The winds that revealed this lost city and other recent storms also uncovered 300 hectares of historical area in Rigan, a county south of Fahraj, and four sites in Negin Kavir, anther rural district in Kerman Province.

The caution exercised by the provincial ICHHTO is wise. Kerman Province has a rich history of dinosaur fossil finds from multiple eras, including the Devonian period (395 to 365 million years ago), dinosaur era (195 to 66 million years ago) and the Tertiary period (2 to 70 million years ago). Then there are the human settlements, which date back to 4000 BCE, making them some of the oldest in Iran. Jiroft county has a settlement dating back to 2500 BCE and the abandoned citadels of Arg-e Bam and Rayen Castle are from 2,000 years ago. 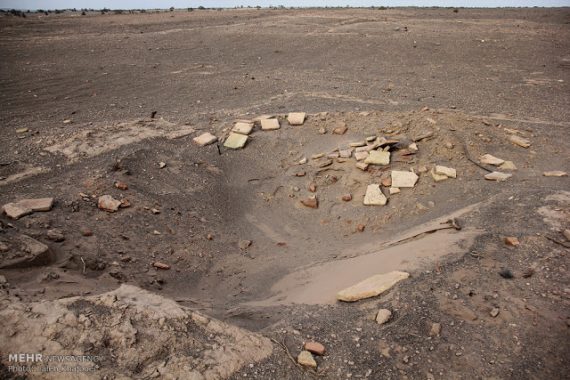 If preliminary estimates are correct, this new ‘lost’ city dates to a later period known as the Islamic Golden Age when the area was a center of scientific and artistic development and a storage location for preserving the knowledge of prior ancient civilizations, such as the Greeks.