Every culture seems to have some form of knotted or beaded strings used for things like jewelry, counting and religious prayer aids. But story-telling? Leave it to the amazing Incas to use twisted stings of animal hair called khipus as a means of recording words, not just numbers. An anthropologist has deciphered the code of the cords and the tales they tell may shed new light on the history of the Inca or Inka empire.

It had already been established that the khipus were used by the Inkas to record numerical accounts, but until recently there was no evidence they had been used to record narratives.

Dr. Sabine Hyland, an anthropologist at the University of St. Andrews and a leading expert on the Incas, was given special permission by the elders of the remote village of San Juan de Collata in the Peruvian Andes to examine two carefully preserved, 18th century khipus. While they couldn’t read them, the elders referred to them as “talking knots” and said they were a form of coded letter sent by tribal leaders secretly revolting against the Spanish authorities. 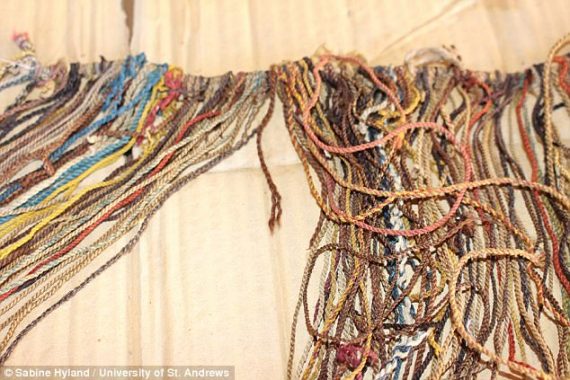 In her study published in Current Anthropology. Dr. Hyland explains how she was able to break the code.

Analysis of the khipus revealed they contain 95 different symbols, a quantity within the range of logosyllabic writing systems, and notably more symbols than in regional accounting khipus. At the end of each khipu, three-cord sequences of distinct colours, fibres and ply direction appear to represent lineage names. The Collata khipus express syllables in a profoundly Andean fashion, using differences among the fibres of various animals, such as vicuña, alpaca and deer to indicate meaning. The reader must often feel the cords by hand to distinguish the fibre sources of these three-dimensional texts.

In a traditional logosyllabic language such as Chinese or Japanese, written characters represent an entire word or phrase. Dr. Hyland says the khipu language was more phonetic, with the colors, textures and knots representing sounds in a form that is similar to Classic Mayan. That revelation means there was probably a widespread, shared writing system used in Peru in the 18th century. 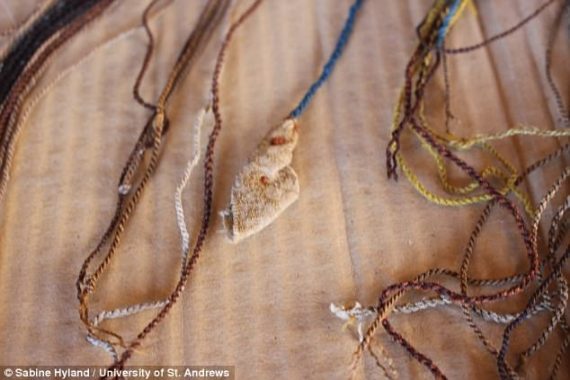 Unfortunately, fewer than 1,000 khipus remain from one of the world’s largest empires. It’s unclear if this means of recording narratives existed prior to the 18th century, long after the empire had fallen and the people decimated by war and diseases.

Harvard anthropologist Gary Urton hopes to build on Hyland’s discovery by using computers to analyze a digital repository called the Khipu Database that contains images of over 500 khipus. Meanwhile, Dr. Hyland is returning to Peru in July to study the real strings and hopes to eventually reveal to the world the “incredible intellectual accomplishments of Native American people.” 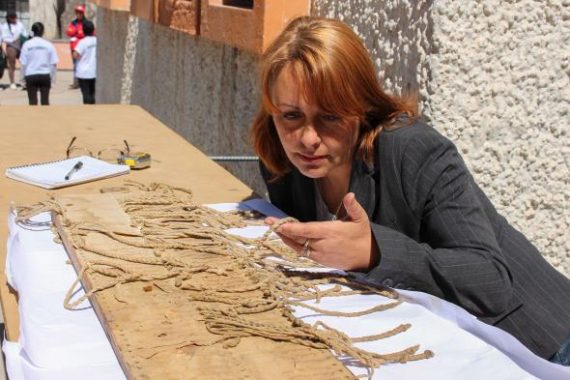 All that from twisted animal hairs.