Origin of Mysterious Indonesian Hobbits Has Been Solved

We can be 99% sure it’s not related to Homo erectus and nearly 100% it isn’t a malformed Homo sapiens.

“It” is Homo floresiensis, the tiny human species whose fossils were first discovered on the Indonesian island of Flores in 2003 and whose small size stuck them with the nickname “the hobbit species.” Professor Mike Lee of Flinders University and the South Australian Museum was part of a study by The Australian National University (ANU) which analyzed 133 samples of fossils from Homo floresiensis and other ancient and modern human species to settle the argument surrounding the origin of the hobbit species. If it wasn’t a Homo erectus or a Homo sapien, what was it? 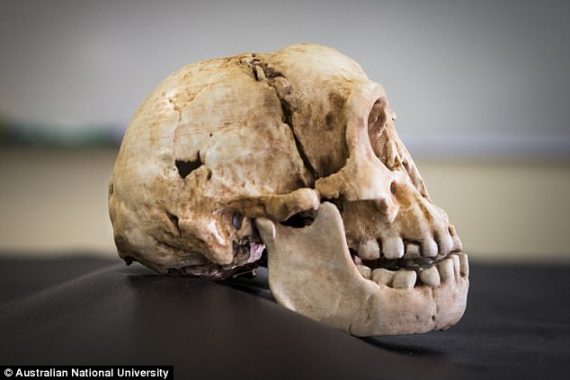 Until now, the most accepted explanation was that Homo floresiensis descended from Homo erectus, whose ancestors left Africa about 1.8 million years ago and eventually made it to Asia and Indonesia, where the group that ended up on Flores evolved (or devolved) into its smaller stature due to either a scarcity of resources or a genetic disorder such as dwarfism or Down syndrome. Colin Groves from ANU co-authored the study, published in the Journal of Human Evolution, that set out to find evidence supporting or disproving this theory. 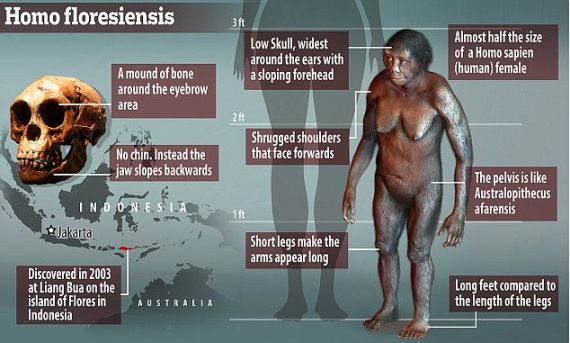 The comprehensive research used skull, jaw, teeth, arm, leg and shoulder fossils of H. floresiensis and the other Homo species and their ancestors. Instead of H. erectus or H. sapiens, the researchers were surprised to find that H. floresiensis was most closely related to Homo habilis, one of the earliest known species of humans that lived in Africa 1.75 million years ago and were the first users of stone tools. According to Groves, an ancestor of both species left Africa at least 2 million years ago – before H. erectus – and appeared to have arrived on Flores about 700,00 years ago.

As this ancestor spread through south and south-east Asia and then finally onto Flores, it would have gradually changed, finally becoming H. floresiensis.

Being closely related to H. habilis means the hobbits were a more primitive species than originally believed, thus explaining its small size compared to H. sapiens. So no shrinkage occurred on Flores.

Unfortunately, the fact that they were so far removed from Homo sapiens could have caused their extinction. While no fossils of H. erectus have been found there, H. sapien remains have and there’s some evidence their times on the island may have overlapped … an overlap that could have resulted in the demise of H. floresiensis due to competition for food … or worse.

It would be nice to figure out the human family tree before it gets chopped down.