Polar Bear Mysteriously Prays at the Foot of a Cross

Is this a severe case of anthropomorphism or a sign that the animal kingdom is looking for divine help to stop humanity from the damage it’s causing? A photographer in Canada captured pictures of a polar bear appearing to pray at the foot of a cross on a neighboring island before standing and looking her straight in the eye as if to ask, “Did you get the message?”

Jessica Andrews of Wesleyville on Newfoundland’s central coast told the Toronto Sun that she saw the polar bear one evening after arriving home from work. Since the sighting was a first for her, Andrews quickly grabbed a camera and took over 200 photos of the magnificent animal as it poked through fishing boxes on her island before swimming to another. That’s where it found the cross.

He stood up and put his paw on the cross and that’s the picture I took. It was almost like he was staring right at me. 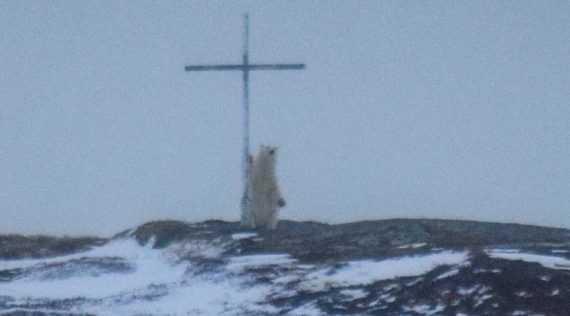 Almost? Depending on the depth of your anthropomorphism or your belief in the spirit of animals, there are a lot of messages you could imagine this polar bear is sending. Andrews shares the impact it had on her:

It looked like he was having so much fun and it made me happy!

Others may see something more ominous or perhaps a spiritual calling. Those are the ones local police probably had in mind when they asked people to stay away from the bear. 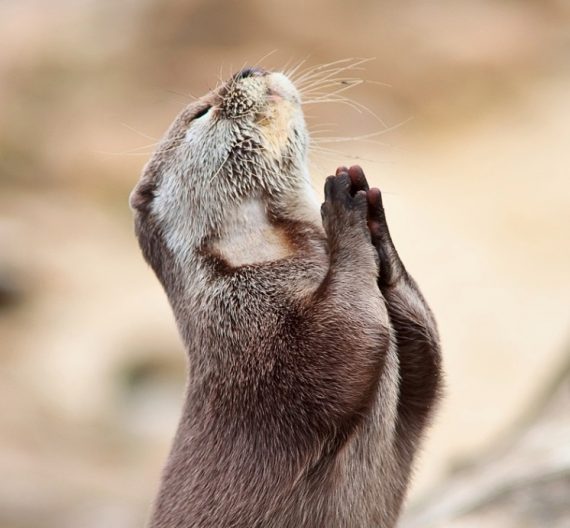 The Internet is filled with pictures of animals (not just kittens) in human-like poses and praying is a major theme. Any animal that can put two limbs together, clasp hand-like paws or stare into space will eventually end up in a praying pose, which is why there aren’t any pictures of fish, snakes or birds praying. Besides not having the right equipment, snakes have that added challenge of being a symbol of evil in many cultures. 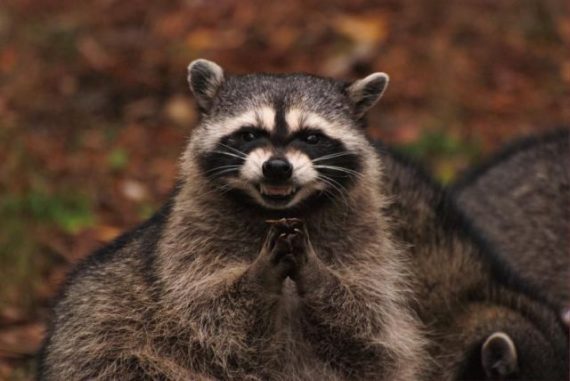 The history of animal deities and animal spirituality is as long as the history of humans. Even the Christian bible contains stories of animals seemingly showing a spiritual side (check out the Book of Numbers where a donkey sees an angel and convinces it to spare a man’s life).

The belief or desire to believe in spiritual animals gets support from both scientists and philosophers. One religious practice – grieving for the dead – shows up in a number of animal species. Chimpanzees were recently observed doing this and the behavior has also been attributed to elephants, giraffes, magpies, Western scrub jays and even dolphins – a species that doesn’t have hands to clasp in prayer but appears to spend time surrounding a dead dolphin before moving on. 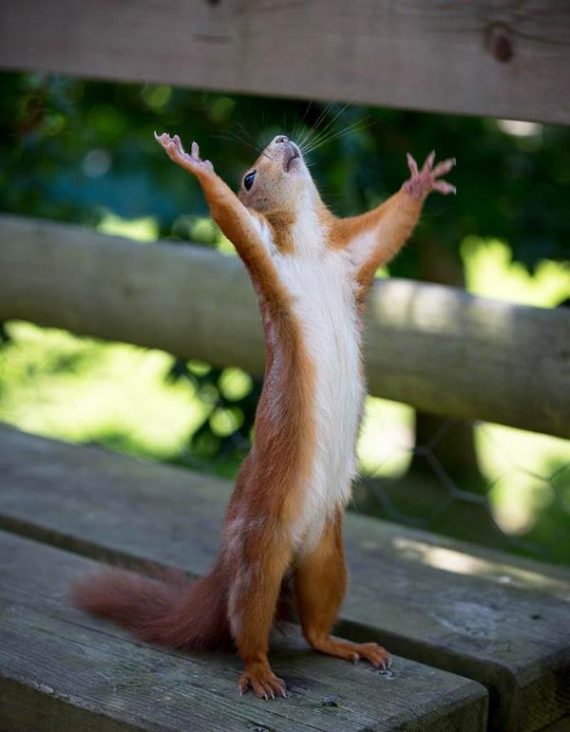 Is it just anthropomorphism or pareidolia or something more? In a recent interview in The New Yorker, philosopher Daniel Dennett talks about the science of the soul and looking for the soul in the physical brain. He presents his belief that animals have souls that haven’t yet evolved to the level of the human soul.

Which brings us back to Jessica Andrews’ polar bear. What was it actually doing? Why do so many people want to believe it was praying? Is that good or bad? What does it say about us?

Perhaps Andrews’ interpretation is the best:

It looked like he was having so much fun and it made me happy! 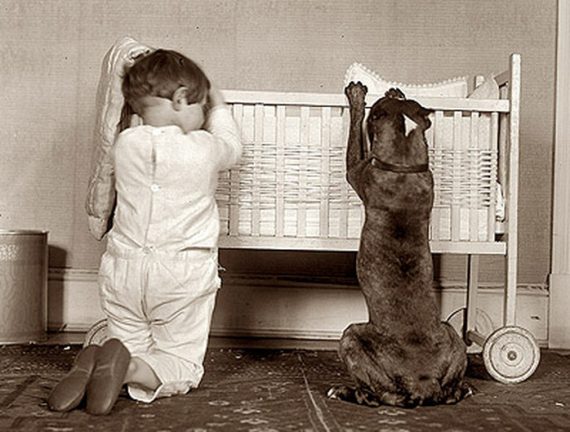