Quit Flying Commercial – This New Flying Car is Taking Off

Are you tired of flying on someone else’s schedule in cramped seats that could be sold to more than one person, forcing you to either bargain for being inconvenienced or claw for your life as you’re forcibly removed from the terrible over-priced flotation cushion that’s really just a bag of pretzels better than nothing? If so, AeroMobil wants to talk to you. At the Top Marques luxury aircraft and automobile show in Monaco on April 20, the Slovakian company will demonstrate the best of both worlds – a flying car that will be available for delivery and travel this year. 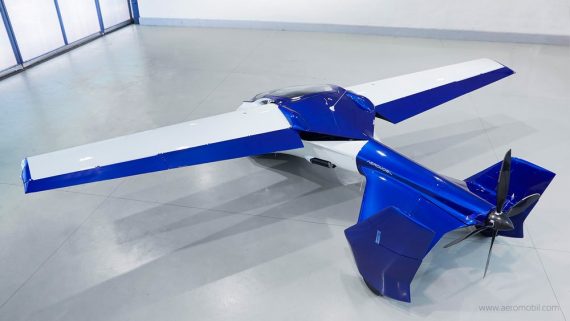 By combining aero and car functionality in perfect harmony it heralds a new era in efficient and exciting travel, offering users an unparalleled choice of transport on the road or in the air.

That statement from an AeroMobil spokesperson sounds like the perfect solution to the current fiasco that is the airline industry. If this flying car looks familiar, that’s because it’s the new and improved version of the AeroMobil 3.0 which was unveiled in 2014. However, the production model is really a combination of hundreds of changes to AeroMobil 3.0, £2.6 million ($3.25 million US) in new investments and decades of experience from a company that has been working on flying cars since 1990.

Why has it taken so long? Regulations, for starters. Stefan Vadocz, Aeromobil CCO, says the aircraft is now compliant with the European Aviation Safety Agency under the CS23 regulation that covers regular and commuter aircraft, while the car meets category M1 of the European Community Whole Vehicle Type Approval scheme. What if you’re planning to buy one and fly it home to the U.S.?

Our team has over 60 engineers from nine countries and all of them have long-term experience with vehicle development and regulatory issues.

U.S. regulations may be the least of your worries. While the car’s Rotax 912 ULS engine runs on regular gasoline, the current flying range is 430 miles at 200 km/h (124 mph) – probably not enough to island-hop across the Atlantic. The driving range is 310 miles, so a ferry sounds like the best option. If you’re looking to the future (of course you are – you’re considering a flying car!), AeroMobil says it’s also working on self-driving and self-flying models. 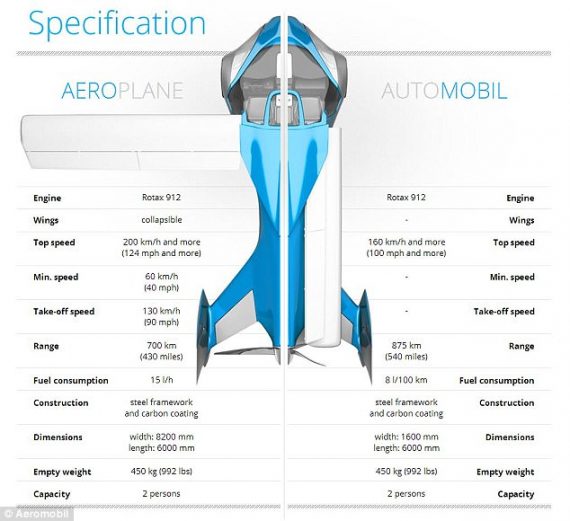 How many bitcoins should you take with you to the Top Marques show to be the first on your block to own a flying car? If you have to ask, you can’t afford one. In fact, you can’t even ask because the purchase price hasn’t been announced yet. However, you could get a head start by qualifying for an employee discount … the web site says the company is hiring.

If the day of the flying car is really here, the AeroMobil certainly has the good looks and could well be the first production model for the consumer market. More importantly, there’s only two seats so the chances for overbooking are minimal. Just don’t get the pilot/driver upset by changing the station on the radio.