Old superstitions, like old habits, die hard. Sometimes a sledgehammer is needed. At least, that’s what a ghost hunter in Thailand claimed when he was brought in to perform an exorcism on a woman who appeared to be possessed by ghosts of previous owners of the house she had just moved into. One of the ghost hunter’s solutions to this problem was to smash the spirit house – placed in front of Thai houses and businesses as a home for the ghosts of previous residents – with a sledgehammer. Did it work? Should Peter Gabriel get a percentage of his fee?

There are many superstitions and religious customs involving homes and buildings. A popular Catholic tradition entails burying a statue of St. Joseph (the husband of Jesus’ mother Mary) upside down so the patron saint of workers will work harder to help the house sell. In Thailand and other Southeast Asian countries, placing a spirit house in front of homes and businesses is an ancient custom that evolved from a combination of Animism (spirit worship), Hinduism, Buddhism and real estate. Often elaborate, the spirit houses are placed in prominent locations for spirits – generally those tied to the area due to having once lived there or owned it – to stay in rather than causing problems for the living residents.

Well, that’s the way it’s supposed to work. According to a recent story out of Phetchaburi, Thailand, the recent buyer of a one-story house -- with a spirit house out front -- appeared to suddenly begin acting strangely as if she was possessed. That assessment came primarily from what the woman was screaming:

The report says a “spirit healer” or “ghost doctor” named Mor Plah was called in to help. While the struggling, screaming woman was held down, he performed rituals involving string, flowers and prayers and then took the dramatic step of smashing the spirit house to bits with a sledgehammer.

The woman was having serious problems with spirit activity from the ghosts of people who lived before at her home. They were making her crazy and were causing problems in the home. They wanted to drive her out. We smashed the spirit house and made them leave. We destroyed them and she is comfortable again now.

Where did the spirits go? Wouldn’t losing both their former house and their spirit house make them even madder? That doesn’t appear to be the case as the report claims the woman calmed down.

According to tradition, a priest should have then performed a ceremony to convince the troublesome spirits to move into a new spirit house. The old one, or what’s left of it, should be taken to a temple where spiritually empty spirit houses are discarded. Just as most Thai houses have a spirit house in front, most Thai temples apparently have spirit house junk yards in back.

Was the woman possessed by angry spirits of former owners of her house? Was the destruction of her spirit house with a sledgehammer necessary or just for show? Old superstitions and beliefs die hard. One of the best-selling items in religious stores in the U.S. are those St. Joseph statues with instructions on how to bury him and when to dig him up after the house sells. No sledgehammer needed unless the ground is really hard. 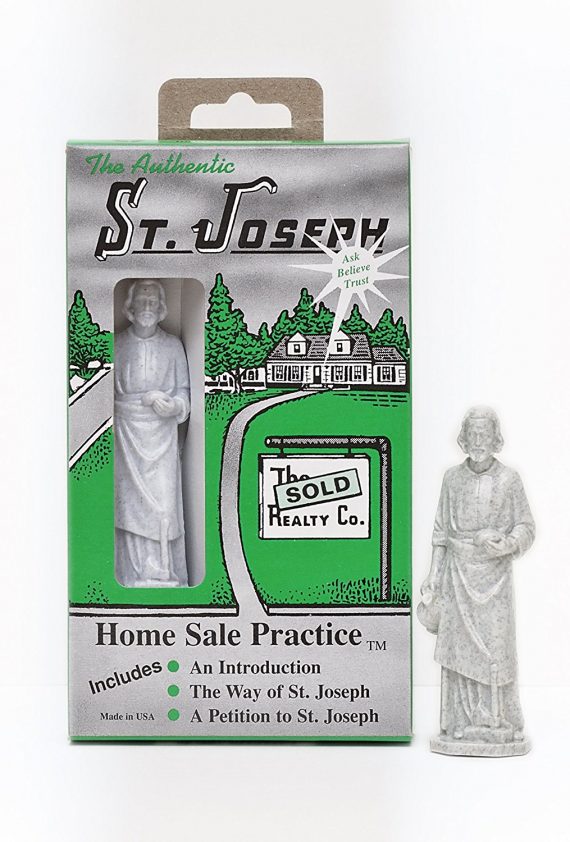