Let's face it: strange things often turn up in old photos. Therefore, it's a given these days that Internet archaeologists dig around, looking for things like out-of-place objects, purported by some (though often tongue in cheek) to be evidence of "time travel". Of equal popularity are various archaic practices, that range from primitive surgical procedures, to odd cultural traditions which many find humorous today.

Then there are the less-obvious things that turn up in photos, since by all accounts, they weren't really intended to be seen at all. Consider the following photograph: 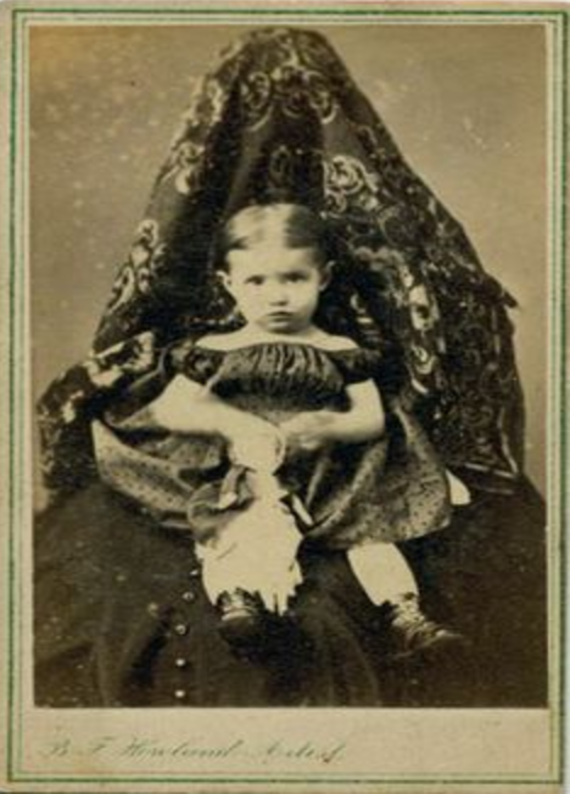 Notice anything out of place?

Consider the drapery directly behind the child in this photo. Notice the rounded upper portion, of the... is it a chair? What about the areas of what might be the chair's arms, as they seemingly curl around the infant child, as though caressing, or perhaps holding her in place?

If it weren't obvious enough already, what we see here is a person (in likelihood the mother of the child displayed) disguised as furniture. It is an odd motif present in a wide selection of Victorian family photography, variously referred to as the "ghost mother" or "hidden mother", in which a parent would be disguised as furniture, in order to be able to assist in keeping the child from moving while portraits of children were made.

In reality, part of this strange Victorian fad really had as much to do with practicality as it did anything else. Bella Bathurst, writing for The Guardian notes:

The main problem was the length of the exposure. However bright the photographer's studio, it took up to half a minute for an image to register on wet collodion. Getting an adult to sit completely still for half a minute is a challenge, but getting a wakeful baby to do so is near-impossible. The photographer could position anyone old enough to sit on a chair by placing an electric chair-style head clamp behind them, but the only way of photographing a baby was for the mother to hold it (or dope it with enough laudanum to keep a grown man rigid for a week).

Since doping youngsters with laudanum probably would have viewed unfavorably in Victorian times (or today, for that matter), the more popular solution was to have mummy, draped and ghost-like, holding the little ones for the requisite duration of the exposure.

This unique--if not outright remarkable--tradition was recently catalogued in a collection titled The Hidden Mother, constituting just over 1,000 daguerreotypes, tintypes, cabinet cards, and the evergreen cartes de visite depicting mothers (and perhaps fathers too?) hidden in the backgrounds of Victorian children's portraiture. As collector Linda Fregni Nagler describes, it was  "a common procedure from the advent of photography up until the 1920s, when exposure times were relative slow, and a hidden parent was required to hold the child still."

However one chooses to look at it, the results of this unusual practice were quite eerie... just have a look:

Then there are the odd examples where the child isn't being held at all, and yet the mother is still on hand, hidden nearby:

Just add these odd, and often eerie "hidden mothers" of yesteryear to the array of oddities that turn up in Victorian photos. 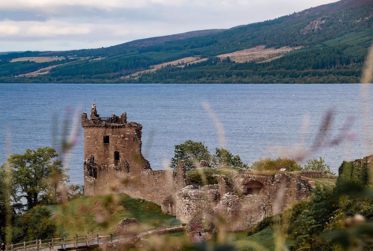