The Mother of the Water: In Search of Percy Fawcett’s ‘Monster’ Anaconda

The year was 1925, and it was host to a tale that would become the very stuff of legends. Famed British explorer Colonel Percy Fawcett had set off into the depths of the "green hell" of the Amazon jungle, joined by a party consisting only of his son and one other young traveler.

Their mission had been to find a fabled lost civilization, which Fawcett believed to exist someplace within the heart of these dreaded and remote jungle wilds. Fawcett had a name for this legendary place, too: he called it the "Lost City of Z".

Fawcett and his company made their way into the heart of the jungles, and for several days the smoke of their campfires could be seen escaping from the jungle canopy. Then, after several days, the nightly beacon of their progress failed to appear any longer.

Fawcett and his company had vanished. 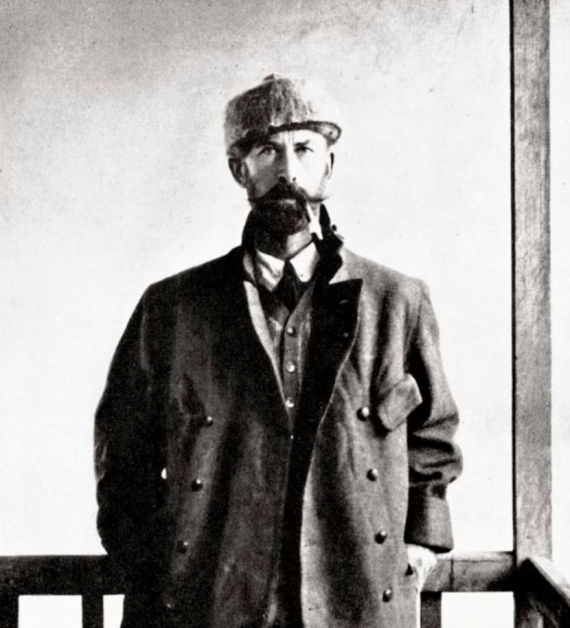 Solving the riddle of the intrepid explorer's disappearance became one of the most famous quests of the twentieth century, spawning several attempts to traverse the jungles, retracing Fawcett's footsteps in an effort to learn of his ultimate fate.

However, Fawcett didn't make things easy for future would-be rescue missions: he was notoriously protective of the maps and other information about his proposed trek into the Amazon, fearful that other aspiring adventurers might use the information to beat him at his own game. Thus, many who followed after Fawcett throughout later decades met similar fates, and never returned.

In his 2005 book The Lost City of Z, author David Grann called Fawcett's strange affair "the greatest exploration mystery of the twentieth century." A recent film of the same title, based on Grann's book, is now in theaters in America, further telling of Fawcett's ill-fated quest for evidence of a lost, and possibly sophisticated civilization deep within the Brazilian jungles. 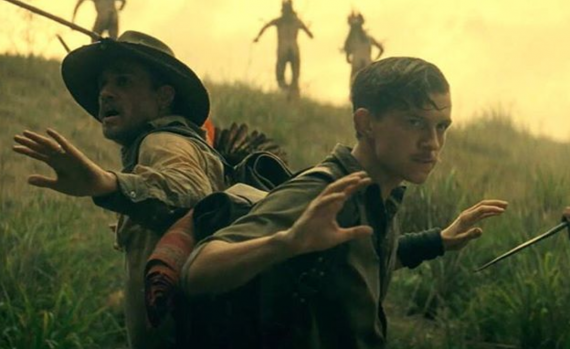 The quest for the fabled "Z" was not the only thing about Fawcett's journeys that has captivated us over the years. Tales of his exploits through the Amazon have afforded us stories of other remarkable things, no less among them reports of a snake so large that it would easily qualify for being a "monster", if it indeed existed.

Tales of a massive creature often surface in native legends throughout the Amazon, and for as long as Western explorers have dared enter the jungles, recounts of the Yacumama (meaning, "the mother of the water"), or the "black boa" as it is sometimes also called, have been plenty. Fawcett himself claimed to have seen the creature, which he and his company shot and killed in western Brazil in 1907.

The group had been paddling along in canoes as they made their way down the Rio Abuna river, when according to Fawcett's account of the incident, a massive snake's head rose from the water nearby. The creature then swiftly made its way to the river bank, and though marveling at the snake's massive size, Fawcett opened fire, opting to take no chances with the obvious danger such a snake meant to the crew. After the beast was killed, the snake was said to measure an astounding 62-feet in length, larger by far than any known snake in existence today.

Fawcett told of a number of similar unusual things during his adventures. The 1953 book Exploration Fawcett featured a history of the explorer's journeys, compiled by Fawcett's youngest son, who drew from his father's travel logs and personal notebooks. One of the more intriguing passages from the book recounts Fawcett's discovery of what he believed to be evidence of some large, unknown creature in the heart of the jungles:

"There are snakes and insects unknown to scientists, and in the forests of the Madidi some mysterious and enormous beast has frequently been disturbed in the swamps--possibly a primeval monster like those reported in other parts of the continent. Certainly tracks have been found belonging to no known animal--huge tracks, far greater than could have been made by any species we know."

There are some rather fantastic tales that Fawcett claimed to have been something else (the existence of which is alluded in the passage above), and quite different from the 62-foot anaconda. Various retellings suggest that Fawcett believed this creature to have been more akin to a long-necked dinosaur than merely a large snake; fantastic though these stories sound, little more can be said of them than this: that they are indeed fantastic stories.

As for the famed and dreaded Yacumama, however, perhaps there is more that can be said.

In 2009, BBC News reported on a father and son adventure team, consisting of Northern Irish pensioner Mike Warner and his son Gred, who like many others, became fascinated with Percy Fawcett's stories of massive beasts in the Amazon.

"Percy Fawcett recorded seeing large trails in the forest which we called channels," Warner told the BBC. "So we tasked satellites to take pictures of this area to look for the existence of these channels."

"We looked for these channels and thought if we can prove these channels exist we could maybe find some evidence which pointed towards the existence of the snake. What we didn't expect to get was a picture of one of these snakes in the channel."

That, however, is precisely what the duo claimed they managed to find. "We think we have found something that is extraordinary," Greg told the BBC.

The photos (which can be seen here) leave an awful lot to the imagination. Indeed, what appears in the picture hardly resembles anything snake-like at all, and some have surmised it was, in fact, merely a sandbar. Roughly coinciding with the appearance of the photos had been an interesting story, however, which involved the dreaded "black boa" destroying a house on a nearby lake around the time the Warners were carrying out their search.

It remains to be seen whether such a giant as the 62-foot snake Percy Fawcett and his company claimed to encounter might actually exist (let alone some the other sensational things he recounted in his memoirs). Even a much smaller snake would be a rather incredible find, although the possibility always exists that, one day, these intriguing legends may be proven to be more than mere myth, after all.